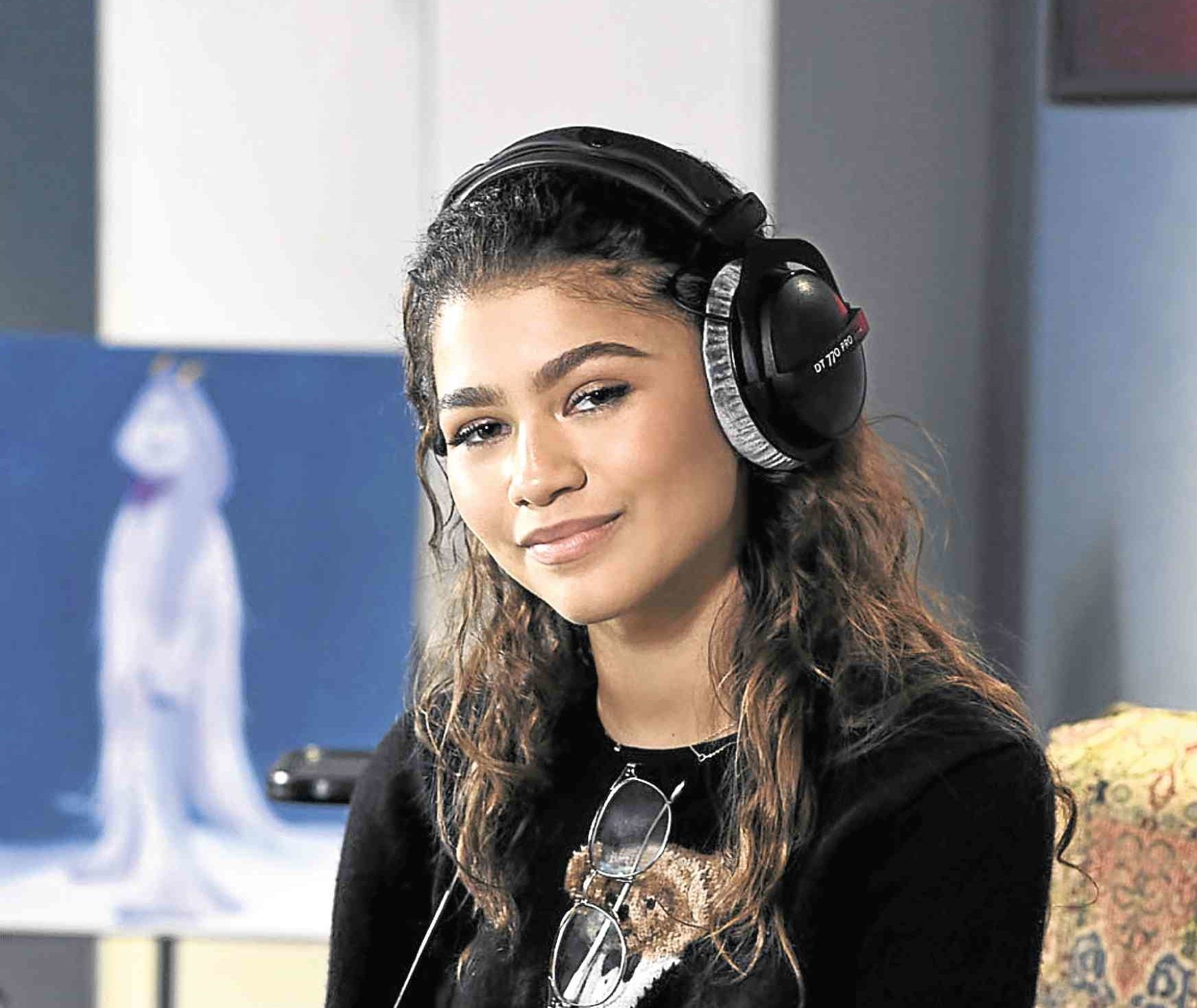 On the day Zendaya called us from London last month, news sites were abuzz about the possibility of her playing Ariel in the upcoming live action adaptation of the Disney animated film “The Little Mermaid.”

But that’s not why she was on the phone. We were talking about a different character with great hair: Meechee.

“I like that she’s not necessarily what people think she is. She allows herself to define herself… There’s something empowering about that,” Zendaya said.

Zendaya stars as the strong and adorable yeti in “Smallfoot,” an animated feature that turns the myth of Bigoot upside down. In the film, Migo (Channing Tatum), a young yeti, finds something he thought didn’t exist: a human (Percy, played by James Corden).

The film, which also stars Common, LeBron James, Danny DeVito, Gina Rodriguez, Yara Shahidi, Ely Henry and Jimmy Tatro, is fun and laugh-out-loud funny and can be enjoyed by the whole family.

What attracted you to this project?

I’m a sucker for animation, I’m a huge fan of animated movies in general. I’m just an adult that watches them too frequently. Anything that involves a fun story line that also has a message, it checked all the boxes for me, definitely.

What makes animated films challenging? What do you like about it?

I think (working on) animated films is much harder than people understand, just because the idea is, “Oh you just record your voice and that’s pretty much it,” you know. But being in the studio and not really having the surroundings of the situation you’re in makes it harder to kind of imagine everything just to figure out in your head what the situation is and then you can act it out only through your voice. You get to use your body and hopefully those will be added later in animation. Our characters do kind of have our mannerisms but you never quite know what’s going to make it, you know, so you have to give as much in your voice and put as much emotion as you can can so that it can transfer and cross over once it’s animated.

The idea that she’s supposed to be the Stonekeeper’s daughter and she’s supposed to think a certain way and act a certain way and in actuality she’s best friends with this group of misfit yetis that believe Smallfoot is real and she’s kind of the founder of this little group… She’s allowing herself to be who she is and believe what she believes and go after those things.

Did you get a say on Meechee’s hair?

I didn’t, she was already mocked up before I came in but I do love her long beautiful luscious blue hair. She’s adorable.

What were your favorite animated films when you were growing up?

I have such a long list of movies that I loved as a kid. I was excited as anybody else to see “The Incredibles.” I was 8 when the first one came out. I’m definitely a big animated movie fan.

Do you think “Smallfoot” is something that can be enjoyed by people of all ages?

Of course. I took my parents to see it along with my older sister and my little nieces and all of them had a good time.

Do you have another favorite character from the film?

I love our yeti group… Everybody has these really specific, quirky personalities that work really well together and then I would also say that I love Common as the Stonekeeper because his voice is absolutely perfect for that, and also the Stonekeeper has his reasons for why he does what he does, so you’re kind of conflicted because you agree with everyone… and what is the right thing to do?

We love the song “Wonderful Life” from the soundtrack—what was it like working on it?

It was fun, I love being in the studio recording music, which I haven’t done for a while, since “The Greatest Showman.” It was nice to record and for me it was exciting because I loved to see what my animated character looked like singing. It’s something I’ve never seen before so that was fun.

Children in the Philippines were among your beneficiaries when you celebrated your 18th birthday with a campaign with feedONe. Why is giving back important for you?

Especially every birthday, I try to do something charitable because the idea of getting presents for your birthday… I really have everything I ever wanted and ever needed so I’m just using it as a time to direct the attention somewhere else because I know that people are paying attention to me because it’s my birthday. I think it’s important if you have a platform to use it the best way you can.

We need to ask because the news just came out—are you going to play The Little Mermaid?

I don’t know, I grew up watching all of those movies so we’ll see, I don’t know.

Can we talk about how cute Noon is?

I know, I really miss my dog. I’ve been away from him for a long time. Anyone who knows me knows I treat my dog like a kid so. It’s been tough.

You are working with Reese Witherspoon and starring in and producing “A White Lie,” a film about Anita Hemmings, the first African-American woman to graduate from Vassar College. Why is this project important to you?

I think for me as a young woman in the industry, trying to learn from other really great people… People think projects happen overnight and a lot of things you start don’t ever get made, but that’s the idea of trying to learn and be more aware of every element of this industry that I’m in, you know.