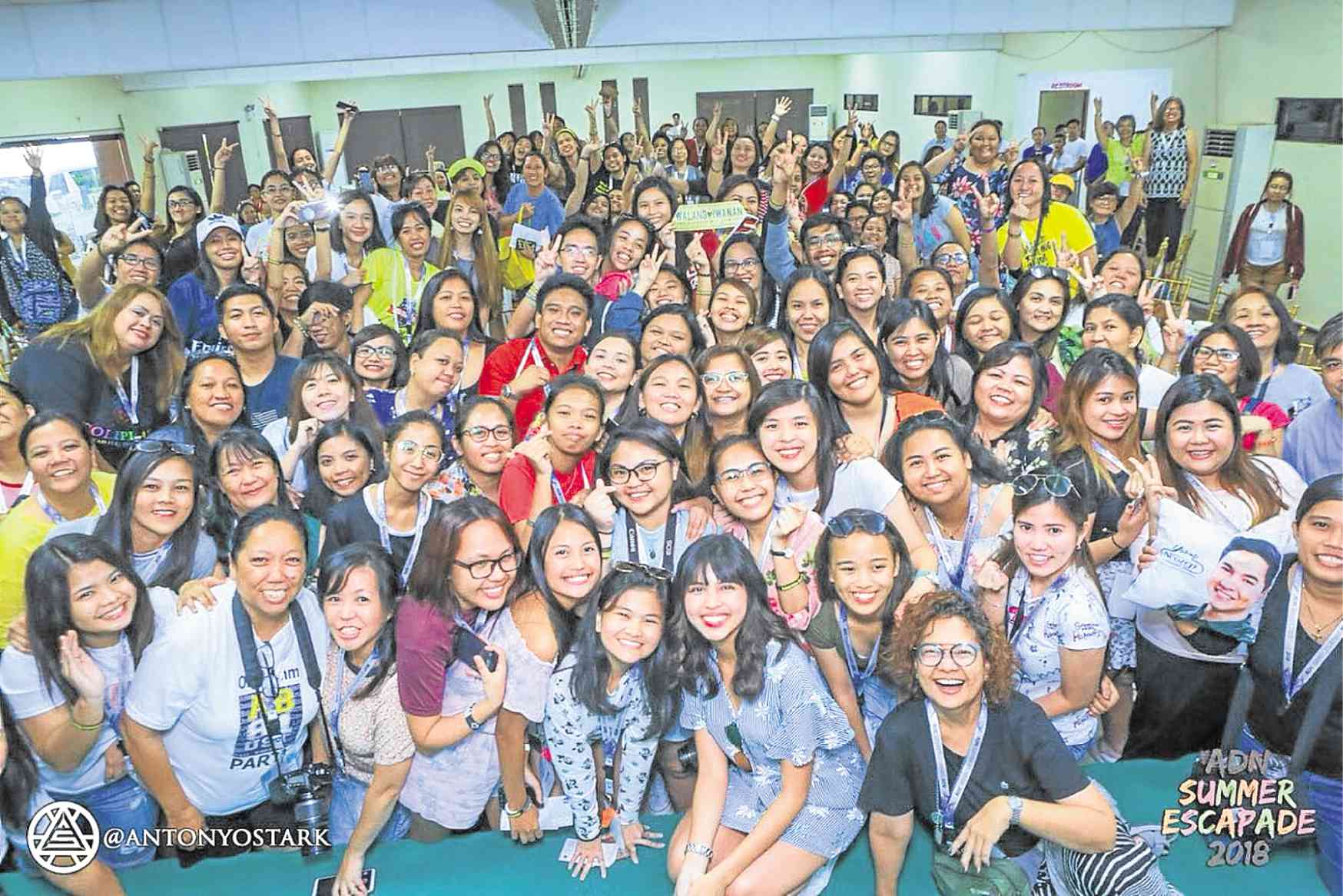 I should have believed Alden Richards when he said Maine Mendoza had “outrageous” ways to surprise people special to her. Well, I believed him, all right. But I never thought I would get to experience it firsthand.

This is a story of how THE Maine Mendoza went out of her way and traveled six hours with no sleep at all to surprise me (and 180 others).

We had set the ADN Summer Escapade on May 12 and 13, at Bakasyunan Resort and Conference Center in Iba, Zambales.

We knew that Alden and Maine both had “Eat Bulaga!” on May 12 and that Alden had to be in GMA’s Sunday noontime show “Sunday Pinasaya” on May 13, so we didn’t expect any confirmation from them, despite the invitations.

A day before the event, Maine’s handler, Michael Uycoco, sent us a message that Maine wouldn’t be able to make it to the event. It was understandable since Maine had a mall show scheduled on May 12.

A few hours later, it was Alden’s team who informed us that he couldn’t make it either.

The participants were never promised of Alden and Maine’s presence anyway, so on May 12, 180 participants from different parts of the country (some even from abroad) went to Iba for the first ever summer event of the fandom.

The first surprise from Maine came that afternoon when she tweeted asking for updates from the participants and even gave our event a new hashtag to trend—#ADNBonggangSummer.

Day 1 was filled with some team-building activities in the afternoon and some sort of retreat after dinner. The rest of the night was spent taking a dip in the pool and laughing to our hearts’ content.

The organizers were relaxed, as most of the program had already been taken up. We only planned an awarding ceremony of the amazing race after breakfast and then a Mass before leaving. The rest of the morning was allotted for free time.

After breakfast and a short awarding on May 13, we felt like it was time for us, the organizers, to chill and bond with the participants after the stress from the previous day.

We gathered at the beach, taking photos with some participants, when one participant said, “Nag-tweet si Maine pero ayaw mag-load ng photo (Maine tweeted, but the photo won’t load).”

One of the organizers went to her room to check the tweet.

When the photo loaded, we were all surprised to see THE Maine Mendoza inside the empty function hall at Bakasyunan, the one we had been using since the day before.

The next thing that happened was kind of comical. Suddenly, we were all on our toes, running to the function hall (which was really far from the shore), not minding the “nagbabagang buhangin” as we called it because the sand was really hot.

Others were even inside the bathroom when they heard that Maine was really there.

Some were snorkeling when Maine arrived. Luckily someone checked Twitter and saw Maine’s tweet. They immediately boarded their boat and asked the boatman to bring them back to the resort.

Almost all of us were dripping and out of breath when we got to the function hall, but our hearts skipped some beats when we saw that Maine was actually there with us.

Maine didn’t only come to be with us. She even hosted a pageant. There were 13 candidates, one from each of the 13 teams that competed in the amazing race on Day 1.

What was most special to most of us that day was that we got to attend Mass with her. Her youngest brother, Dean, even served as one of the readers.

She ate lunch with us after the Mass and then awarded the winners from the pageant.

To cap it off, she gave away gift certificates worth P1,000 to each recipient of the four major awards and P500 worth each for nine winners of “somewhat special awards.”

And just when we thought the fun was over, Alden slid into our inbox while we were on our way back to Manila, but asked for the content not to be disclosed.

I never expected anyone would go to great lengths just to surprise me, let alone someone I am a fan of.

From the bottom of my fangirl heart, thank you so much, Maine and Alden. “Walang iwanan.”

Got a fan story you want to share? E-mail us at [email protected]