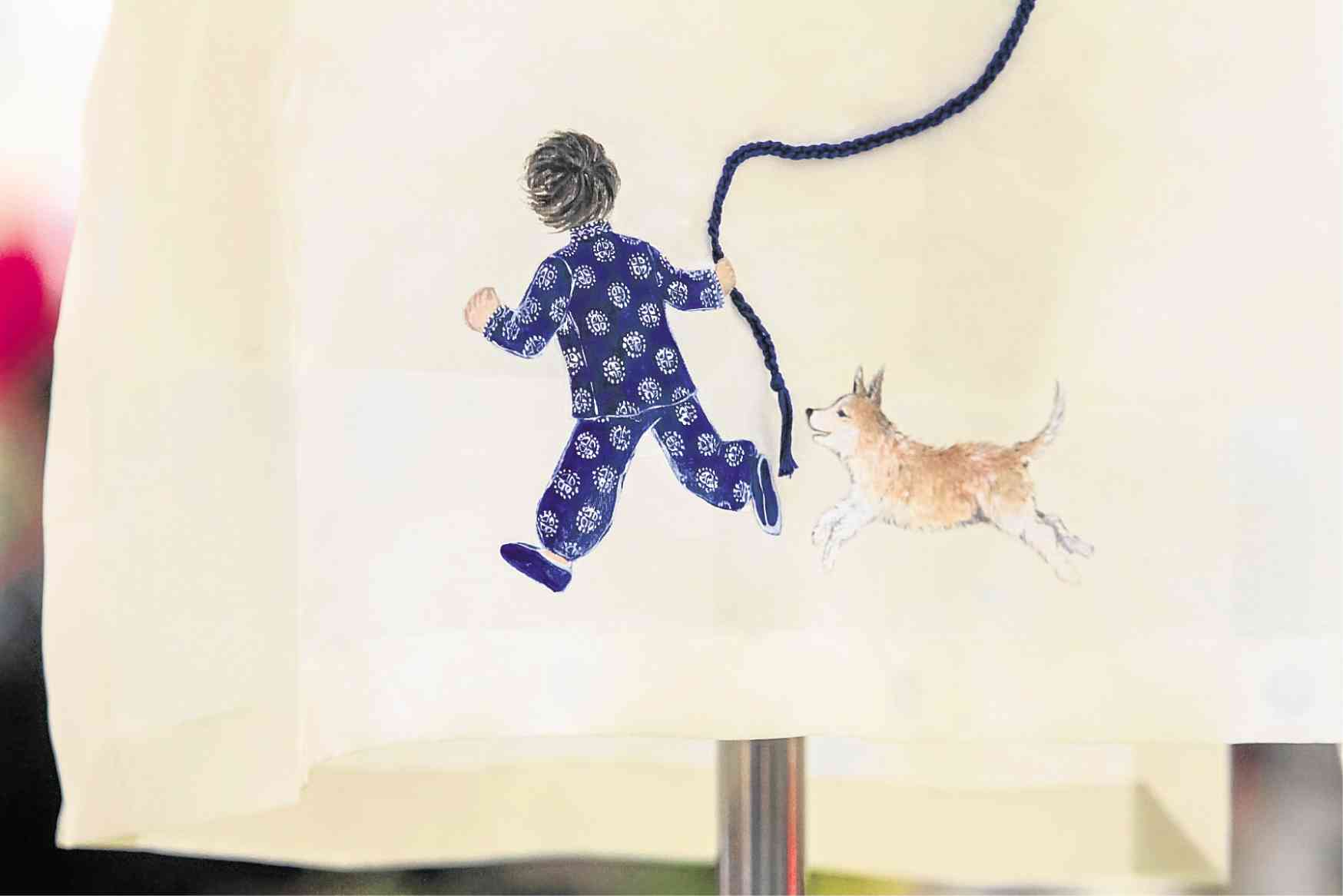 Video games, spinning tops, marbles and jigsaw puzzles were on display yesterday at the atrium of Mega Fashion Hall in Mandaluyong. They weren’t part of a toy convention, but rather, of the playfully imaginative designs by students at Slim’s Fashion & Arts School.

The exhibit, “Laro: The Best of Student Work 2018,” presented with Swatch (until Oct. 3), is one of the school’s annual activities where students get to present their handiwork to the public. Mark Higgins, the son of the school’s founder, Salvacion Lim Higgins, chose among the design proposals of students which would be executed and put on exhibit. The students are enrolled in tailoring or in dressmaking, draping. Mark and his sister, Sandy, a former advertising executive, have been running the school and collaborating on significant projects such as this.

Around 70 students had turned in two to four sketches on this year’s theme—play (childhood games)—but only 30 designs were chosen.

Among them were two designs by Dinnes Obusan—a terno embellished with strips of printed neoprene (simulating Chinese garters) and a Grecian gown with back panels lined with stylized sipa of gold “washers” and colored feathers.

“I bought the last seven yards of neoprene in a fabric store and ended up using every bit of it,” Obusan said. He was even able to make the white outfit he wore to the exhibit opening last Thursday that incorporated both the neoprene fringe and gold

Isobel Juan had three weeks to piece together her elegant jigsaw puzzle ballgown with sleeveless top. “It’s my first time to be part of this school activity. I combined warm and cool tones for the puzzle pieces because even if the theme is play, I still wanted my design to look elegant,” she told Lifestyle.

Scenographer Gino Gonzales, who designed the exhibit space, topped some of the mannequins with Swatch clocks from the Swiss brand’s current colorful collection. Other mannequins sported fiberglass toppers, such as a video arcade Pac-Man, an oversized blue goldfish, and a Gundam robot head.

“It took me a long time to get the colors I wanted. I initially wanted the barong to be a dark, dark black but when sir Mark (Higgins) saw it, he said, ‘It’s working,’” Gaffar recounted.

This was not his first time to gain recognition in a graded school activity. For the launch of the book “Fashionable Filipinas,” authored by Gonzales and Higgins, in 2015, Gaffar designed a beautifully draped terno, a requirement in his draping class at Slim’s. It was worn by actress Sarah Lahbati to the launch.

Exhibit viewers might dismiss these designs as child’s play, but closer inspection will reveal painstaking attention to detail, such as the hand-painted buttons of Damaris Chua’s Chinese kite-inspired barong, and French buttonholes (locally known as “kambal tubig”) in a sleeveless navy dress with Pac-Man yellow cape by Claire Arguelles Francisco.

“That’s the challenge: to make a dress look simple even if a lot of time went into its creation,” Francisco said.

Victor Untalan took inspiration from the trumpo (wooden spinning top) for his ’50s hourglass look consisting of a jusi inner garment and a belted Mikado silk jacket. “I wanted to paint the pieces to look like wood but I had never painted before undertaking this project. Through trial and error and mentoring in school, I figured out a painting technique that resulted in a look I liked,” he said.