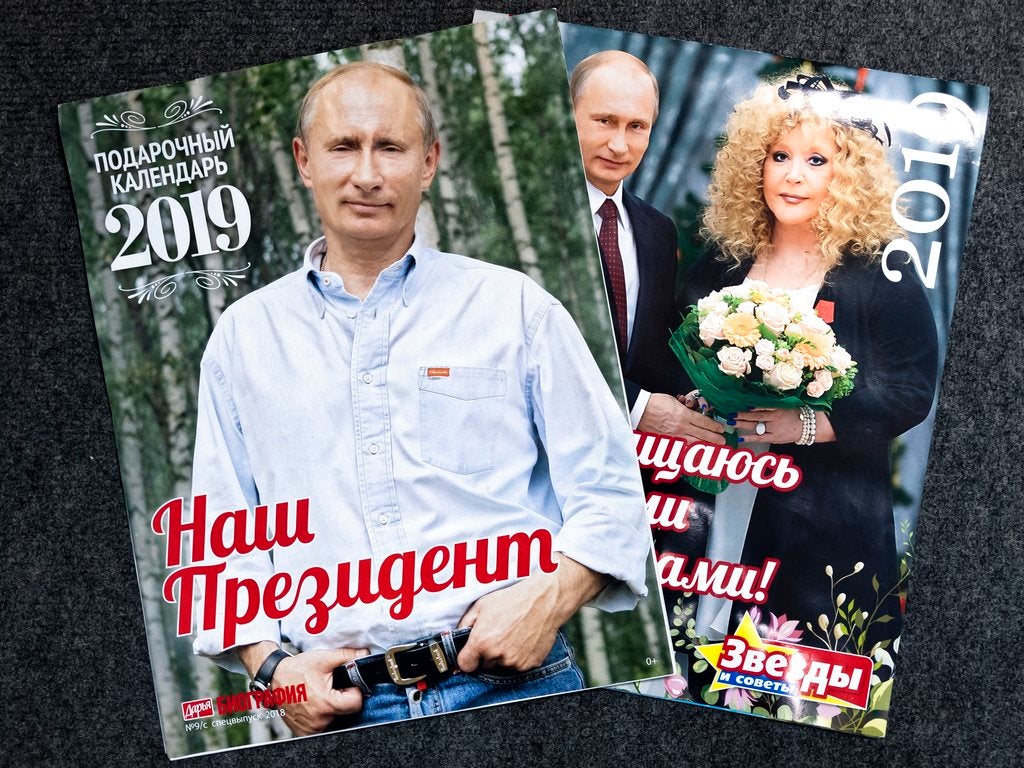 MOSCOW (AP) — What will it be this year? Vladimir Putin without a shirt astride a horse? Putin posing for a selfie with two jubilant brides? Or Putin cuddled up with a baby leopard?

This year, Russians have been given a full range of choice in newly-published annual calendars featuring the Russian leader. Some were delighted, others remained skeptical.

Anya, who was not comfortable giving her last name to a reporter, said she was from Crimea, which was annexed by Russia from Ukraine in 2014. She was happy that her home region was now part of Russia.

Danila Kamenchenko, a salesman at a central Moscow bookstore, picked his words carefully when describing the popularity of Putin’s image.

“In this series of calendars, our president is presented in various characters,” he said. “We see him confident or positive. We feel safe in our country, we have confidence in the future.”

Kamenchenko said the calendar is wildly popular among tourists and Russian lawmakers.

Veteran kiosk seller, Valentina Lebedeva, however, has had enough of the calendars.

“I’m sick of them, I don’t want to sell them anymore,” she says. “Who likes (this president?) … not ordinary people!”

Lebedeva, a staunch Communist who yearns for her Soviet past, spoke of a long list of grievances under Putin’s government: widespread poverty, bad hospitals and a pension reform that has fueled protests nationwide.

The measure to raise the retirement ages for men and women by five years has angered Russians from across the political spectrum and caused a drop in Putin’s approval ratings. NVG