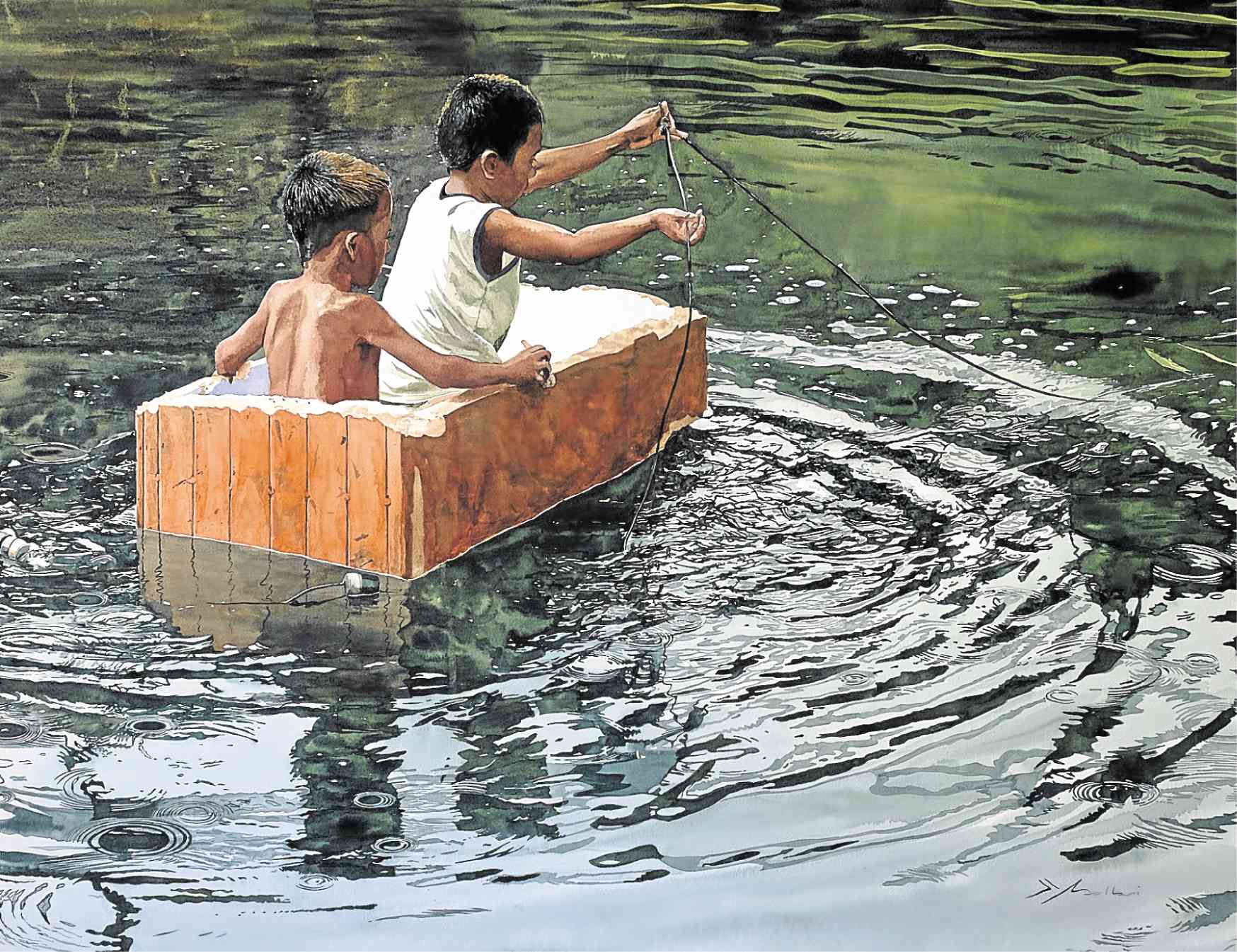 Edwin Mallari as artist of the first water

Galerie Roberto has been at the forefront of watercolor appreciation, with the presentation of the watercolor works of Erwin Mallari in a full-blown solo show.

Against this essential historical background, the viewer can better appreciate the virtues of the works of Mallari, whose skill in handling the medium is unquestionable. Titled “The Outside World,” the show is veritably a master class, a splendid unfolding of the enticing world of watercolor.

Not surprisingly, Mallari’s subjects are bodies of water, whether of the sea, lake, stream, a mere puddle or even the wet glistening stones after a rain. Intriguing, too, is Mallari’s use of what can be called water-noncolor, referring to his use of black, gray and white, which is of course the pristine whiteness of the paper itself.

Mallari also proffers a more minimalist rendition of certain sights, pleasurable nonetheless, like that of a lone kingfisher or the fishpond fences or the yachts moored in the still waters of the marina.

One had forgotten to mention at the outset that many of these works were done by Mallari on site, stopping awhile from his bicycle ride, swiftly capturing with a few delicate brushstrokes the essence of a place, while the others were based on photographs which the artist himself had taken. In either of these, Mallari’s first concern is always the capturing of the clearness, the limpidity of light. For that alone is the true measure of an artist of the first water. —CONTRIBUTED