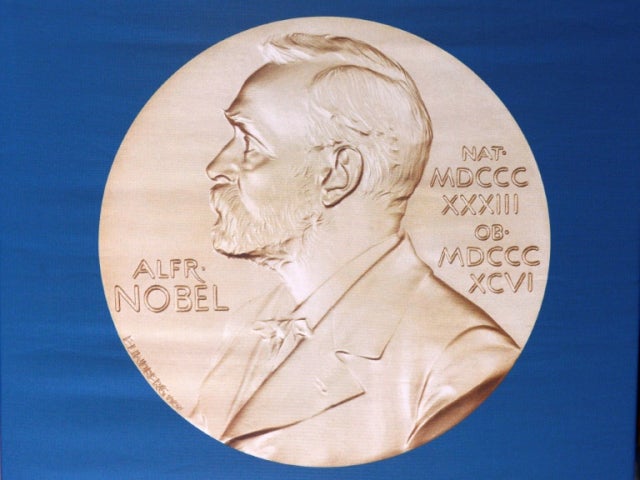 The announcement on Monday of the Nobel Medicine Prize opens this year’s amputated awards season, with no Literature Prize for the first time in 70 years because of a #MeToo scandal.

Like every year, Nobel aficionados have speculated wildly about possible winners, given the number of worthy candidates in the fields of medicine, physics, chemistry, peace and economics.

The medicine prize committee at Stockholm’s Karolinska Institute is the first to reveal its choice of laureates, on Monday at 11:30 am (0930 GMT).

But its announcement risks being at least partially eclipsed by a Stockholm court’s verdict around the same time against Frenchman Jean-Claude Arnault, charged with rape.

His close ties to the Swedish Academy, which awards the Nobel Literature Prize, have caused a scandal and deep rift in the Academy, prompting it to postpone this year’s prize for a year.

It is the first time the prize has been postponed since William Faulkner’s 1949 honor was awarded in 1950.

Without the Literature Prize this year, the most highly-anticipated award will be that for peace, announced on Friday in Oslo.

But before that come the science prizes, traditionally dominated by men working at US institutions.

Swedish public radio SR tipped however the medicine prize could go to two women for the gene-editing technique known as the CRISPR-Cas9 DNA snipping tool, a type of genetic “scissors” used to cut out a mutated gene in a human embryo and replace it by a corrected version.

However, the discovery could be too early for a Nobel, with a recent study suggesting the technique may damage DNA more than previously thought. A legal dispute is also raging over who discovered the technique.

It has been claimed on the one hand by the French-American research duo of Emmanuelle Charpentier and Jennifer Doudna, and on the other by Chinese-born American Feng Zhang.

Other research mentioned as Nobel-worthy include the cochlear implant, which can help deaf people to hear again, and gene sequencing, already honored with a chemistry Nobel in 1980 but a field whose vast progress has revolutionized medical, biological and evolutionary research since then.

Svenska Dagbladet meanwhile said the discovery of the so-called “spin Hall effect” in semiconductors could be honored, or pioneering methods to determine the age, size and distance between galaxies.

Work on the mechanisms behind supercapacitators, a type of battery that can store large amounts of electricity, was also seen as a possibility.

The chemistry prize, to be announced on Wednesday, could meanwhile go to recurring favorite John Goodenough, a 96-year old electrochemist whose work led to the invention of rechargeable lithium ion battery present in cell phones, computers and electric cars, SR said.

For the Peace Prize, the only Nobel announced in Oslo, there are 329 candidates this year but their names are kept secret.

US President Donald Trump has been mentioned as a possibility for his efforts to bring peace to the Korean peninsula.

But Dan Smith, head of the Stockholm International Peace Research Institute (SIPRI), said he believed it would be “inappropriate” to honor Trump after he withdrew the US from international agreements on the climate and Iran’s nuclear program.

In addition, the only known Trump nomination submitted to the Nobel committee turned out to be a fake.

South Korean President Moon Jae-in has also been mentioned for his rapprochement efforts with North Korea.

But Smith said that would be “premature,” recalling the dashed hopes after Moon’s predecessor Kim Dae-jung won the prize in 2000.

The 2018 Nobel season wraps up on October 8 with the announcement of the economics prize.

This year, each Nobel comes with a nine million kronor ($1.01-million, 871,000-euro) prize sum, to be shared if several laureates are honored in the same discipline. CC

5 things to know about the Nobel Literature Prize

Ex members of Nobel literature body ‘no plans on returning’