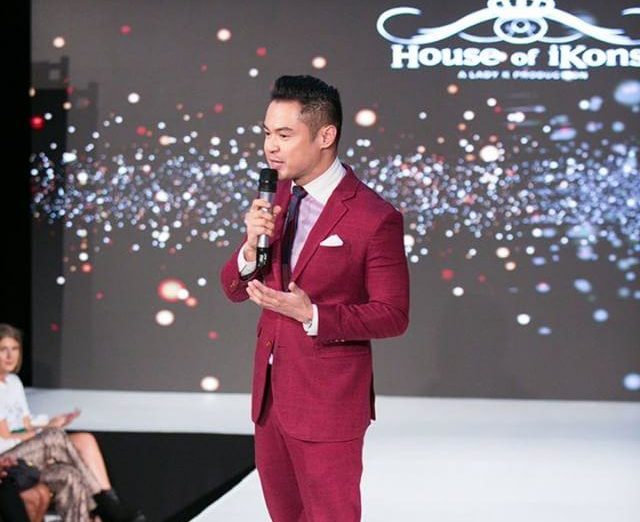 Franco Mabanta at the London Fashion Week: "The best host we've ever had"

London Fashion Week is now over and Filipino renaissance man Franco Mabanta is the talk of the town.

Mabanta hosted three prestigious LFW events last September 15 at the Millennium Gloucester Hotel in Kensington. LFW is part of the Big Four in clothing trade shows alongside those held in New York, Milan, and Paris — and considered by many the most prestigious of the bunch.

This is the second time that Mabanta hosted the same event, the first time was in 2015.

After the show, Savita Kaye — producer, director and CEO for House of iKons — couldn’t keep her excitement. In an interview right, Kaye said, “I’ve done a lot of shows in my life but I’ve never seen a host with the speed, memory and presence of Franco. He’s a true genius. Not to mention charming and unbelievably quick witted. Everyone absolutely loved him on stage and how he mingled after the show like a happy social butterfly. He’s the best host we’ve ever had.”

The September gig came after he walked the catwalk as one of the models for LFW in February this year. According to the staff and crew, he made such a good impression both behind the scenes and on stage that the producers of the show looked him up and found his previous work for Marvel, Microsoft, Star Wars and videos on Philippine politics. Not long after, Mabanta got the phone call, was offered the job, and immediately said yes.

As one of the four major fashion events in the world, LFW features the work of more than 200 fashion designers all over the word. Interviewed by Inquirer, Mabanta said that he thinks at least two of the 18 designers on the day were Filipinos. “I initially had zero idea how prevalent and appreciated our kababayans are on the international fashion scene, but apparently everyone loves the scrappy underdog persona they’ve embraced. Quite happy for them.”

Although Mabanta has been hosting big events for over 15 years, he’s had to put that part of his life on hold. Now a 35-year-old CEO and owner to over a dozen businesses in the tech, political and construction spaces, Mabanta says he only ever accepts offers for events that interest him, and even then he almost always does them for free.

House of iKons showcased 18 designers from New York, Toronto, Finland, the UK and several more; and was covered by Forbes, BBC World, BBC News, Buzzfeed, and the British media.