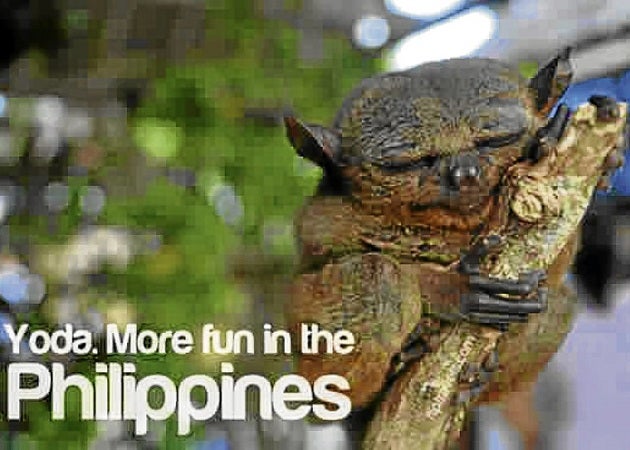 Memes–more fun in the Philippines

While not really excellent, the campaign photos aren’t that bad as well. But since the Philippines is a country of creative and tech-savvy individuals, several personalized campaign photos have been uploaded by individuals most especially on Facebook. And you know what, some of them are even better—or at least attention-grabbing—than the ones on the site.

A majority of them showcase what makes the Philippines unique and special: “Rehydrating” shows a man using a straw to sip juice from a coconut; “Street dancing” features a bunch of costumed dancers during a fiesta; “Chocolates” puts the spotlight on the famous Chocolate Hills from Bohol.

Some of the personalized campaign photos also highlight some realities in the country. For example, “Affordable luxuries” is the title of a photo of a woman enjoying a hair treatment, a massage, a manicure and a pedicure; and “Funerals” paints a typical scene during a wake in the country, when people usually gamble.

Coming up with personalized campaign photos quickly turned into an addiction for a lot of people, some of them creating something just for the sake of making one—even if they’re not good, funny, interesting, or sensible.

For example, someone used a photo of a table filled with irresistible Pinoy food like pansit and lechon, and entitled it “Dieting.” There is also this guy who made a poster entitled “Night life” although it features a photo of Boracay’s famous sunset. And then there’s this guy who superimposed “It’s more fan in the Philippines” on a photo of various woven fans.

Also jumping on the bandwagon are those who want to promote their business (“Leaving” features a Binalot food chain guy holding a stack of banana leaves) or a cause (someone who’s concerned about the local art industry posted a photo entitled “Art. Needs more funds in the Philippines”).

A couple of rare photos are inspiring: “Nation building” shows a line of colorful houses care of Gawad Kalinga; and “Happily ever after” features photos of an old couple who recently got reunited after being separated for two weeks.

Of course, there is an abundance of funny ones, too. “Yoda,” for example, doesn’t feature the movie character but the local tarsier. And “Horror films” is a movie still of an old Kris Aquino flick.

Truly, coming up with your own tourism campaign ad is more fun in the Philippines.