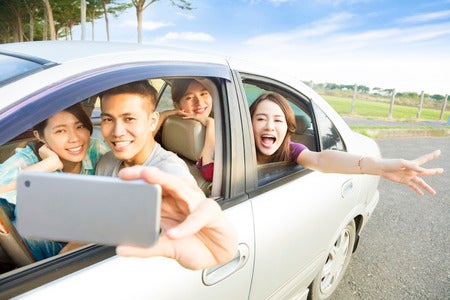 “Death by selfie” is a term imaginable only in this digital age.

Researchers have found that there have been 259 deaths involving selfies from October 2011 to November 2017, according to a study published in the Journal of Family Medicine and Primary Care.

The study led by Dr. Agam Bansal from the India Institute of Medical Sciences based the number of deaths on news reports in English. The results found that there were over 259 deaths in 137 incidents.

The main reasons people die while taking a selfie are drowning, transportation and falling. It cited that being washed away on a beach, capsizing boats and not knowing how to swim were causes of death while snapping a selfie in bodies of water. Running trains often cause selfie deaths, while selfies with firearms were the major cause of death in the U.S.

By country, India leads in selfie-related casualties followed by Russia, United States and Pakistan. The study explained that India has the world’s largest youth population and that group selfies were more popular in the country.

On average, victims were 22.94 years old. More males (72.5 percent) than females (27.5 percent) died due to selfies, even if it stated that women take more selfies. This was attributed to the finding that men engage in more risky behavior when it comes to taking pictures of themselves.

The researchers recommended imposing “no selfie zones” in tourist spots and tall buildings to promote safety over posing for the ‘gram. JB