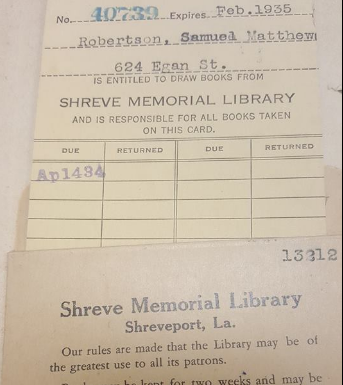 A book was finally returned to a library in Louisiana 84 years after it was overdue.

The Facebook page for the Shreve Memorial Library shared on Tuesday that a patron returned a copy of “Spoon River Anthology” by Edgar Lee Masters a day before.

According to the patron, he found the book while he was cleaning house. He wrote a note that the book was borrowed in 1934 by his mother when she was 11 years old.

Better late than never, right? We had a patron return a book to our Main Branch yesterday that his mother checked out in…

One commenter, Brandi Alexander, noted that the patron owed the library $1,542.55 (around P83,600) for being overdue. The library’s page then corrected her, saying that he only has to pay $3 (almost P163) as it was the maximum charge for overdue books.

This was not the first time a book was returned to the library long overdue in the US. Last month, the Lexington Public Library in Kentucky shared that a copy of “The United States in World War I” by Don Lawson was received. The book was borrowed 50 years ago, in 1968.

While both books were finally returned to their rightful shelves, the two patrons showed that it is never too late to be honest.  /ra