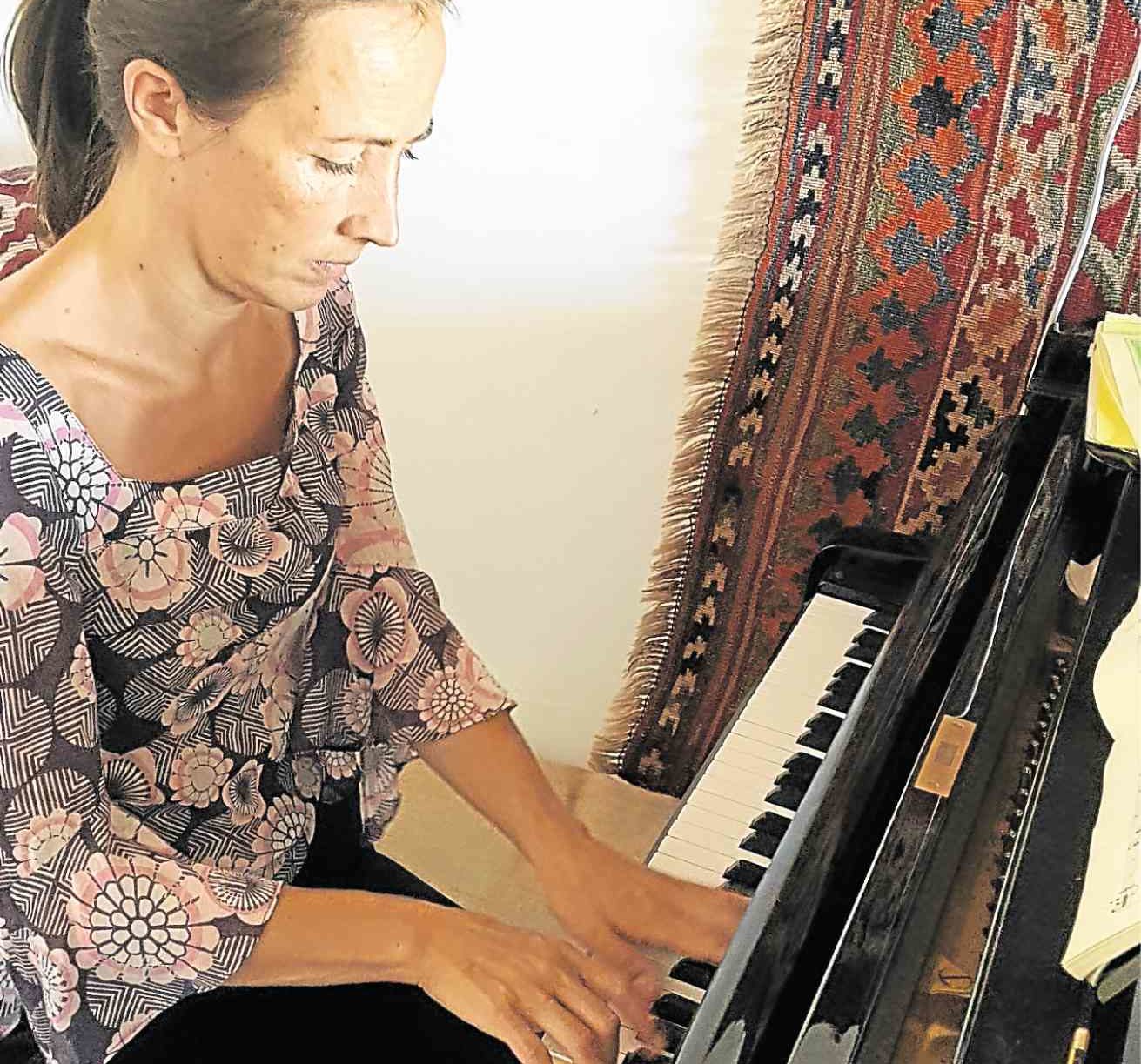 For Natascha Majek, creativity is nurtured in childhood

What do a children’s museum, a world-renowned Philippine pianist and a Swiss-born artist have in common? These three are at the core of a classical music concert on Oct. 24 at the Maybank Theater in BGC.

It will be the first-ever joint concert featuring Swiss-born pianist Natascha Majek and the Philippines’ own maestro, Raul Sunico. It is organized and sponsored by the Miravite Consulting Group for the benefit of the Museo Pambata Foundation, Inc.

Classical music aficionados will have the opportunity to hear two lauded pianists from two different continents come together to play a repertoire of stirring pieces by Schumann, Beethoven, Mozart and George Gershwin.

Majek, a seasoned classical pianist based in Italy who has toured Europe extensively, marks her debut performance in the Philippines as part of her first-ever Asian tour.

Sunico’s name is familiar to most Filipinos. A recognized talent who has received many accolades here and abroad, Sunico was also the former president of the Cultural Center of the Philippines and dean of the University of Santo Tomas Conservatory of Music.

In March 2017, he was awarded Commendatore of the Order of the Star of Italy, an honor several ranks above knighthood.

Majek and Sunico will be playing for a truly good cause, the Museo Pambata, the country’s foremost hands-on museum for children.

The institution is connected to Italy by way of a special commendation given in Bologna, Italy, in 2012. Museo Pambata was singled out by Hands On! International Association of Children’s Museums and the European Museum Academy for “inspiring the creation of new children’s museums in the Philippines and Asia.”

I met Majek a few times over the last two months, and spoke at length with her in Florence, Italy, where she relocated in 1998 from Switzerland.

She was born into a family with strong musical and educational foundations—a father who was himself a talented pianist; a mother who was an ardent student of the pianoforte; a great grandfather from her German roots who was committed to furthering the Steiner school movement in Hamburg.

At age 7, Majek learned to play the pianoforte of her own accord.

She recounts that playing the piano was something she took up spontaneously and with much joy. Unlike most children, she never resented piano practice. Rather, it was part of her “playtime,” an activity she looked forward to with much gusto, and to which she always voluntarily gave her time and energy.

I came to understand how the discipline genuinely became a way of life that she continues to pursue today.

Speaking of those early years, she reveals that, for her, learning was always tied to happy discoveries. She managed to find a natural balance between the voluntary discipline of piano practice and childhood play, both of which, in her mind, were joyful opportunities for exploration and growth.

She recalls how she first came to discover Bach, Bartok and Kuhlau, how she continues to enjoy recreating the playfulness in the compositions of Mozart and Schubert.

The only girl in a brood of four, and the only one among her siblings to have given herself to the study of music, Majek treasures the close relationship built with her three brothers while growing up.

That net of emotional support continues to sustain her today, despite physical distances.

The four children spent many hours playing outdoors, often barefoot as they ran through fields and the woods near their home in Lugano.

For Majek, music is indelibly connected to the simple joys of childhood. It characterizes how she approaches music—from a more instinctive, emotional perspective, rather than a cerebral or theoretical one.

This idyllic childhood must account for her willingness to dedicate her first concert in the Philippines to the Museo Pambata, which marks 25 years of championing various programs for children, as well as adults involved in children’s welfare.

Chairperson Nina Lim-Yuson enthusiastically underscores the Museo’s essence as centering around creativity and a deep respect for children and childhood, an outlook that Majek shares.

Majek recognizes that fostering creativity in a child, encouraging the expression of that creativity through music, the arts and learning as a whole, and providing a child with opportunities for exploration and curiosity are all essential to fostering the passion to pursue lifelong goals.

It is truly in her playing that Majek speaks most eloquently, and I am reminded, as I listen to her play, of the musicality that abounds in Philippine culture and society, and of the ways in which we express ourselves and our sense of identity through music.

“Music is life,” she says without hesitation, when I ask what music is for her. Through music, her spirit expresses itself. Through music, she resolves her innermost concerns.

And it is this passion and connection to music that she brings with her to share with Sunico and a Philippine audience on Oct. 24.

Enjoy the nuances of her musical conversation with Sunico in Mozart’s Sonata in D Major, K. 448 for two pianos, Schumann’s Andante and Variations for two pianos Opus 46 and Gershwin’s Three Preludes for piano.

Witness how her and Sunico’s different styles merge and blend, and be enriched by an evening of musical magic. —CONTRIBUTED