Face to face with Tadashi Yanai: ‘We want to go beyond being No. 1 in the world’ | Lifestyle.INQ ❮ ❯ 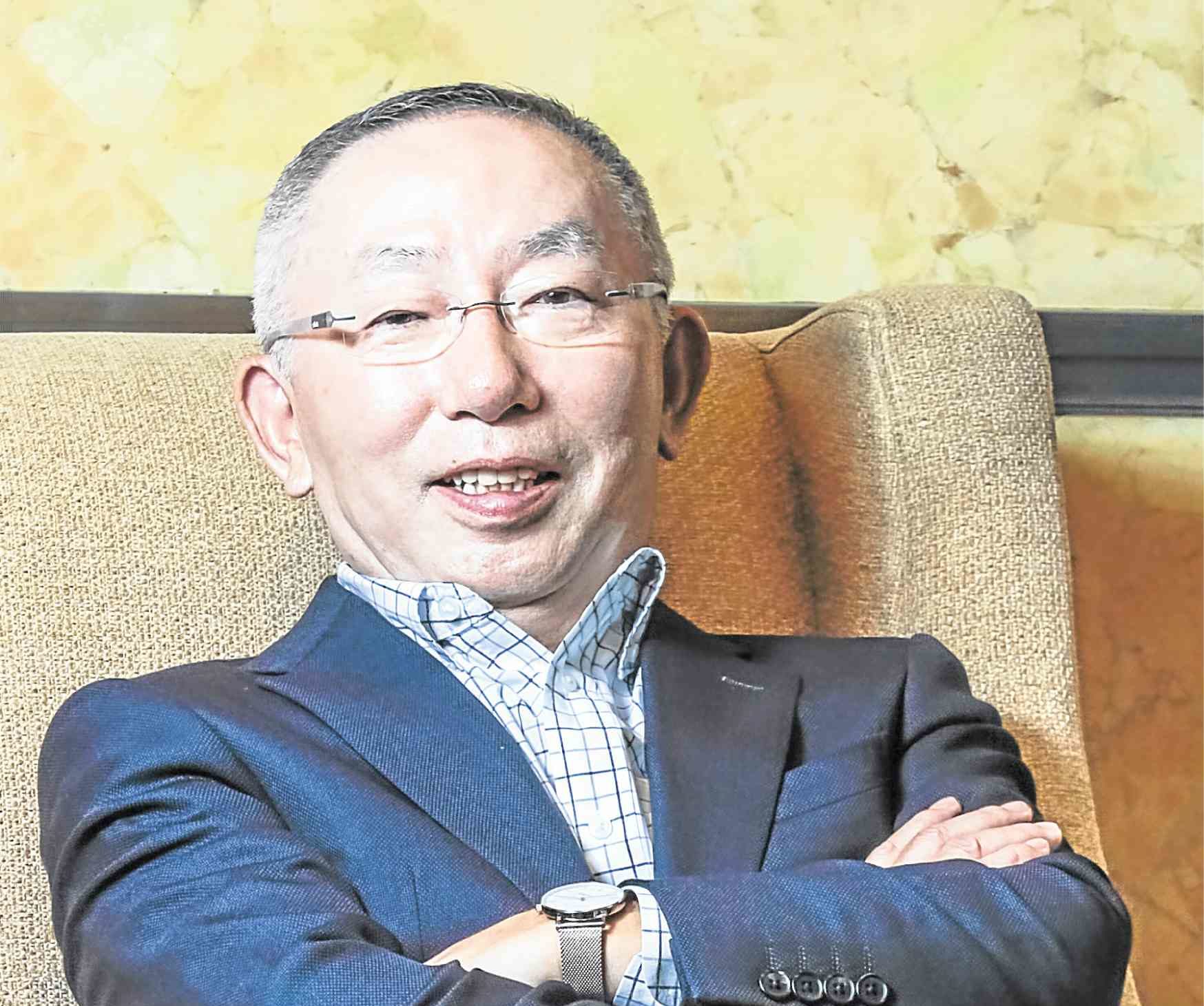 Face to face with Tadashi Yanai: ‘We want to go beyond being No. 1 in the world’

We want to go beyond being the No. 1 in the world. Probably we can reach number 0,” said Tadashi Yanai with a laugh.

Yet coming face to face with the man reputed to be Japan’s most successful businessman, one knew that such comic hyperbole, odd as it may have sounded, may, just may, not be an empty laugh—the man might just catapult Uniqlo to beyond No. 1 in the world, if there’s such a thing.

The world, after all, has seen the historic rise of this Japanese brand in a fiercely competitive world market. Its practical yet durable clothes have become a universal staple, from summer tees to winter jackets.

Yanai, the founder and president of Fast Retailing, of which Uniqlo is a subsidiary, was in Metro Manila last Thursday for the opening of the global flagship store at Glorietta 5, Makati.

In an interview with Lifestyle, he talked about why he is optimistic about the Philippines, his goal to make Fast Retailing the world’s top apparel retailer by 2020, and the Uniqlo separates he uses.

Meeting a billionaire, whose net worth is $25.6 billion  (according to Forbes.com), can be quite intimidating, but Yanai was nothing but warm and welcoming. He was waiting at the door to greet us, and complimented us on our blue-checked button-down shirt (“You had it made? Very nice”).

The first thing he did upon arriving last Thursday was visit the global flagship in Makati. It occupies two levels and has a combined sales floor area of 4,100 square meters. It is the largest global flagship in the region; the only other flagship in Asia is in Singapore.

“Manila is a growing city, so when the perfect location was identified for the flagship, I made up my mind to launch the store,” Yanai said.

Europe and the US are still key areas for expansion, but Asia is the “main driver and growth engine.”

“Our main stage is still Asia because we aspire to be the representative brand from Asia in the global arena.”

Yanai likes to say that one should “evolve or die,” but instead of wildly diversifying, his company plans to continue creating products that are salable across the world. “That’s how we want to evolve.”

Uniqlo has been compared to Zara (Spain’s Inditex) and H&M, but unlike these two brands whose focus is fast fashion (some say “throwaway fashion”), Uniqlo’s strength lies in providing basics with a twist.

His favorites? The extra-fine cloth button-down shirts, merino wool cardigans and the Kando (Japanese for “very impressed”) jackets and pants. He likes the Kando separates because “they’re lightweight, easy to use, and don’t shrink.”

“Year in and year out, we produce massive numbers of products, and we strive to do a better job in terms of colorways for the season or the design of the product,” Yanai said.

The basic colors stay intact but every season, for example, they choose which shade of blue to put into production.

They must be doing something right because he said they are on track to making Fast Retailing the biggest retailer of apparel by 2020.

Aside from Uniqlo, Fast Retailing owns two other chains, J Brand and Theory.

This setback—and many others before it—hasn’t put him off. Yanai is known for not being afraid of failure, and he talks about it often.

“I learned that in life, if you venture out to do something new, you often fail. It’s common, it happens every day. But if you explore the reasons for the failure, find out what you have to do in order to succeed, and think for yourself, you will eventually succeed,” he said.