‘Phantom of the Opera’ returns to Manila in 2019 | Inquirer Lifestyle ❮ ❯ 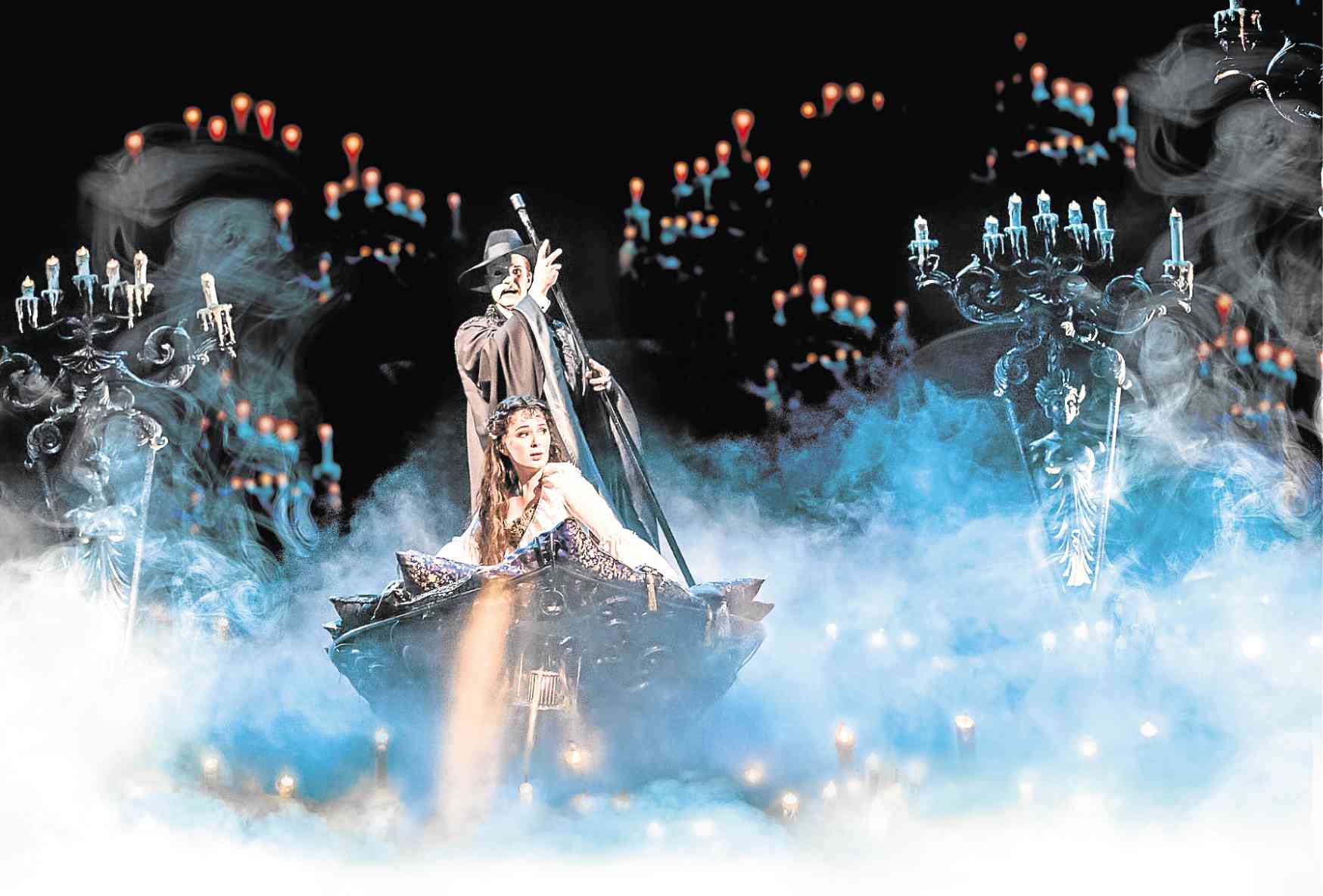 ‘Phantom of the Opera’ returns to Manila in 2019

The international touring production of “Phantom of the Opera,” the longest running musical play on Broadway, will make its Philippine comeback starting Feb. 20, 2019 at The Theatre at Solaire.

The Andrew Lloyd Webber blockbuster has won over 70 major theater awards, including seven Tony’s on Broadway and four Olivier Awards on West End.

It became the longest running show in Broadway history on Jan. 9, 2006, when it celebrated its 7,486th performance, surpassing the previous record holder, “Cats.”

On Jan. 1, 2018, it celebrated its 13,000th performance and later that month, on Jan. 24, the Broadway production celebrated an amazing 30 years on Broadway.

With 130 cast, crew and orchestra members, jaw-dropping scenery, breathtaking special effects and more than 230 costumes by the late international designer late Maria Björnson, “Phantom” some of Lloyd Webber’s most famous song, such as “Phantom of the Opera,” “Think of Me,” and “Music of the Night.
The original cast recording, with over 40 million copies sold worldwide, is the best-selling cast recording of all time.

Based on the classic classic novel “Le Fantôme de L’Opéra,” by Gaston Leroux, “Phantom” tells the tale of a disfigured musical genius who haunts the depths of the Paris Opera House. Mesmerized by the talent and beauty of a young soprano, Christine, the Phantom lures her as his protégé and falls fiercely in love with her. Unaware of her love for Raoul, the Phantom’s obsession sets the scene for a dramatic turn of events in which jealousy, madness and passions collide.–CONTRIBUTED