Street cleaner returns $22,000 she found in trash, refuses reward: 'It's what I should do' | Inquirer Lifestyle ❮ ❯ 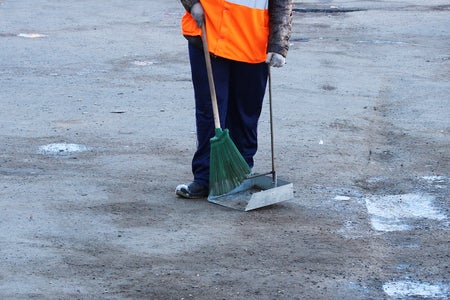 Street cleaner returns $22,000 she found in trash, refuses reward: ‘It’s what I should do’

A street cleaner from China recently returned 150,000 yuan (around $22,000) which she found among the garbage while cleaning a road in Haikou, Hainan province.

The woman, identified as Li Man, stumbled upon the bag of money last Tuesday, Oct. 2. Li was drawn to the bag because of its weight, according to the South China Morning Post last Oct. 4, and opened it only to find another bag full of 100 yuan bills.

Li took the money to the local police station after getting in touch with her superior. The authorities then went on an investigation to locate the owner of the money.

“Someone must have accidentally dropped it here and must be very worried right now,” Li told Haikou TV, as quoted in the report. “I needed to make sure this was returned quickly.”

The police, using the pile of receipts found with the money, have since identified the owner as a businessman known as Zhu. His money was returned to him no more than two hours since Li found the bag on the road.

It was reported that Zhu is the head of a local company and the bag of money was mistaken for trash by a cleaner. Zhu offered Li a reward of 20,000 yuan (over $2,800) for her honesty — an amount that equals her yearly salary. Li refused, however, despite her only earning around 1,400 yuan (around $200) a month as a street cleaner.

Today, Li has been the object of admiration and praise by many people online who look up to her as noble and honorable for her act.

“Although my conditions are a bit hard, it’s important to have good morals,” Li was quoted as saying. “Returning the money was the right thing to do.” Cody Cepeda/JB