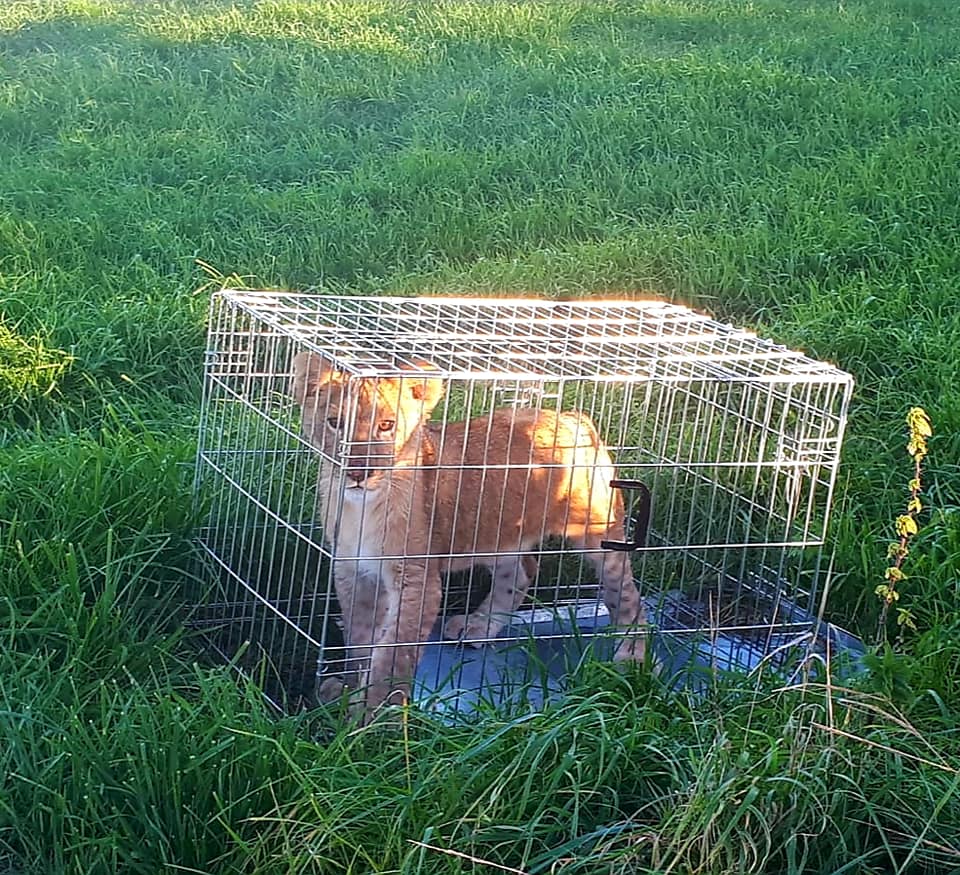 It was not a typical lost-and-found report for police in central Netherlands.

Local police in the village of Tienhoven reported on Sunday, Oct. 7, that an encaged lion cub was spotted in a field. A jogger passing by had seen it, reports BBC.

Veterinarian Peter Klaver said the cub could have escaped from the cage, but there was no need to stun it when it was brought into the car, as per RTL Nieuws via BBC.

The cub is estimated to be about 4 months old and was taken to the care of non-profit Stichting Leeuw (Lion Foundation).

Dutch netizens have been both angered and saddened by the situation, with many wondering why one would abandon the cub, or even own one and place it in a cage in the first place.

Despite the outrage, the cub seems to be in good hands, according to updates from the Lion Foundation. As of yesterday, he was given the name Remy. The group said he has been eating and sleeping a lot, and will undergo a medical check-up on Wednesday.

Pictures show little Remy munching on a bone and in a clean enclosure with a ball.

The foundation said it will accept donations for Remy’s care through its “adoption” program on its website. Adopters are entitled to an annual visit to the animal.

The police have asked the public for information on anyone who has purchased a lion or who knows of the cub. JB

WATCH: Lion at Manila Zoo having a ‘seizure’