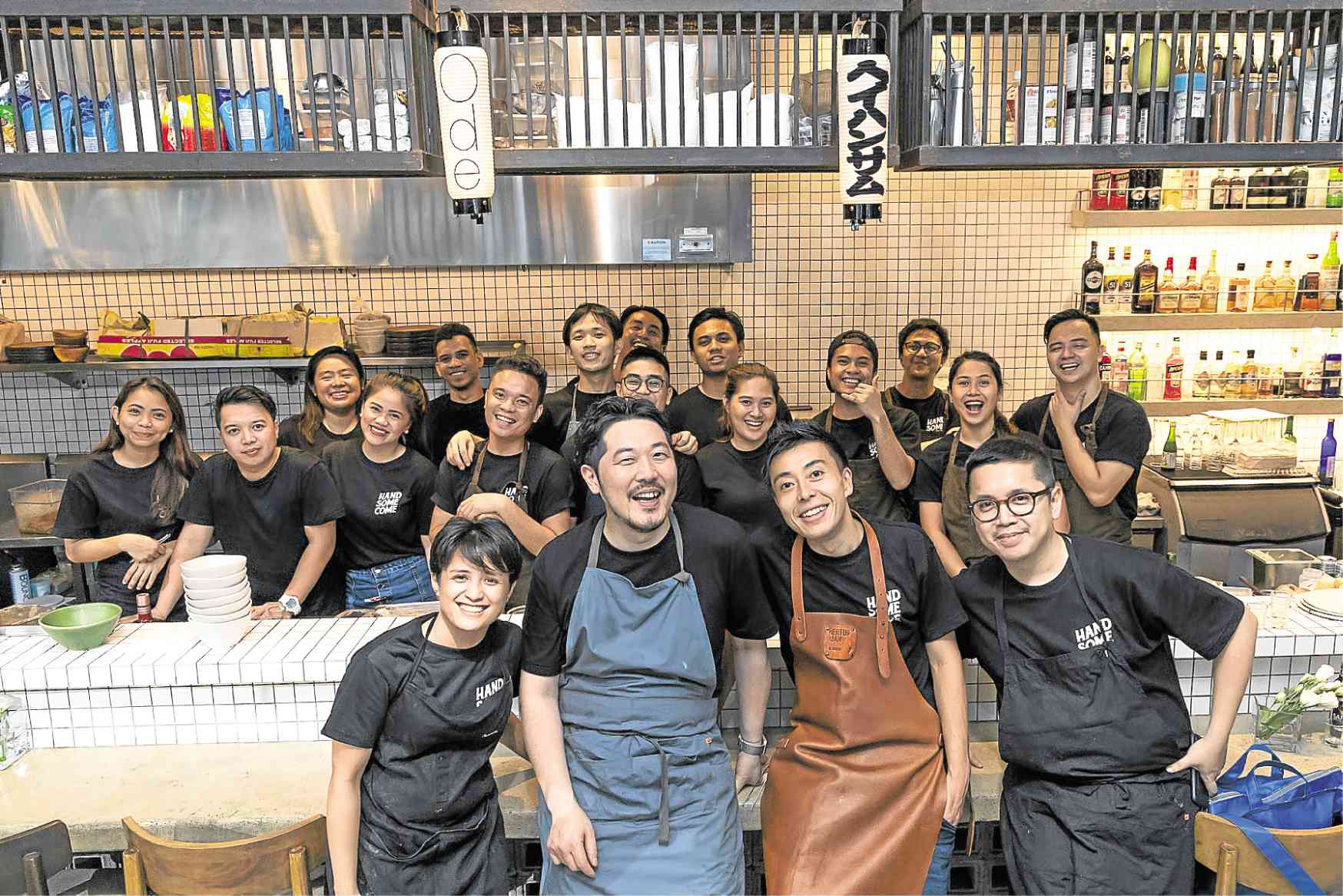 Hey Handsome, considered one of the city’s best restaurants, will close on Dec. 1.

The news came as a surprise to many—including the owners of this restaurant on the ground floor of Net Park Building, 5th Avenue, Bonifacio Global City (BGC), Taguig.

“We were planning on renewing our contract but the landlord already offered the space to someone else,” chef Nicco Santos says.

“We wanted to give it another shot, but apparently the decision was already made.”

For two-and-a-half years, Hey Handsome has been serving Asian cuisine unlike any in Metro Manila—a flavorful vegetable curry made with unripe jackfruit and eggplant, fork-tender roasted lamb shank with rich buah keluac sauce, beet root with seasonal mushrooms and papadum, nasi lemak chicken with fried egg and dilis, and a 13-hour slow-cooked duck that’s been flaked, fried and served with kecap sambal tumis.

It wasn’t always smooth-sailing for the young restaurant. It struggled from the get go.

It opened eight months late, with construction cost way more than the allotted budget, and the high food cost slashed its earnings by half.

Still, the BGC joint packed it in, with a patient queue waiting —and this was only in the  few months after it opened.

In time, what was initially a dinner-only restaurant had to open midday for the lunch crowd, but only to realize that the food was too expensive, fancy and inaccessible to the budget-conscious Taguig market.

“We had highs but the lows were really stressful. It didn’t feel much like a struggle though because we loved what we were doing. For us, it wasn’t about the numbers. We wanted to do something that we could all be proud of. We wanted to contribute to the Manila food scene and have a creative space for talented cooks. We’re happy. In a way, it’s a blessing in disguise.”

Santos and trusted culinary partner Quenee Vilar admit that working with their dedicated staff and their samahan (camaraderie) are what they will miss most.

On slow Sundays or days before a four-hands dinner, they would have R&D nights where everyone, from the line cooks to dishwashers, would be asked to share ideas in concocting new dishes.

Hey Handsome has transformed the careers and personal lives of Santos and Vilar.

Vilar’s defining moment happened at the start, when the place was under construction. She would find herself in tears, calling her dad for advice. But this 20-something emerged a tougher person.

To Santos, the venture has become a process of self-discovery that enabled him to redefine his style of cooking.

“I had a tipping point,” he says. “Do I continue doing this type of cuisine or do I want to evolve? I think I know now what I want.”

From layering flavor profiles, he now leans toward the opposite—a minimal style that  leaves the ingredients to speak for themselves.

“I’m a hundred times hungrier to open a new restaurant than ever before,” he says.

His team is working on a new concept it plans to open early 2019.

“When we opened Hey Handsome, I was a bit scared and lost. I’m starting anew and with a clearer direction this time as I know exactly what I want to cook,” he says.

Watch out for the team’s upcoming collaborations with Chino, Myke “Tatung” Sarthou, Park Bench Deli, and Sun Kim of Meta in Singapore.–CONTRIBUTED