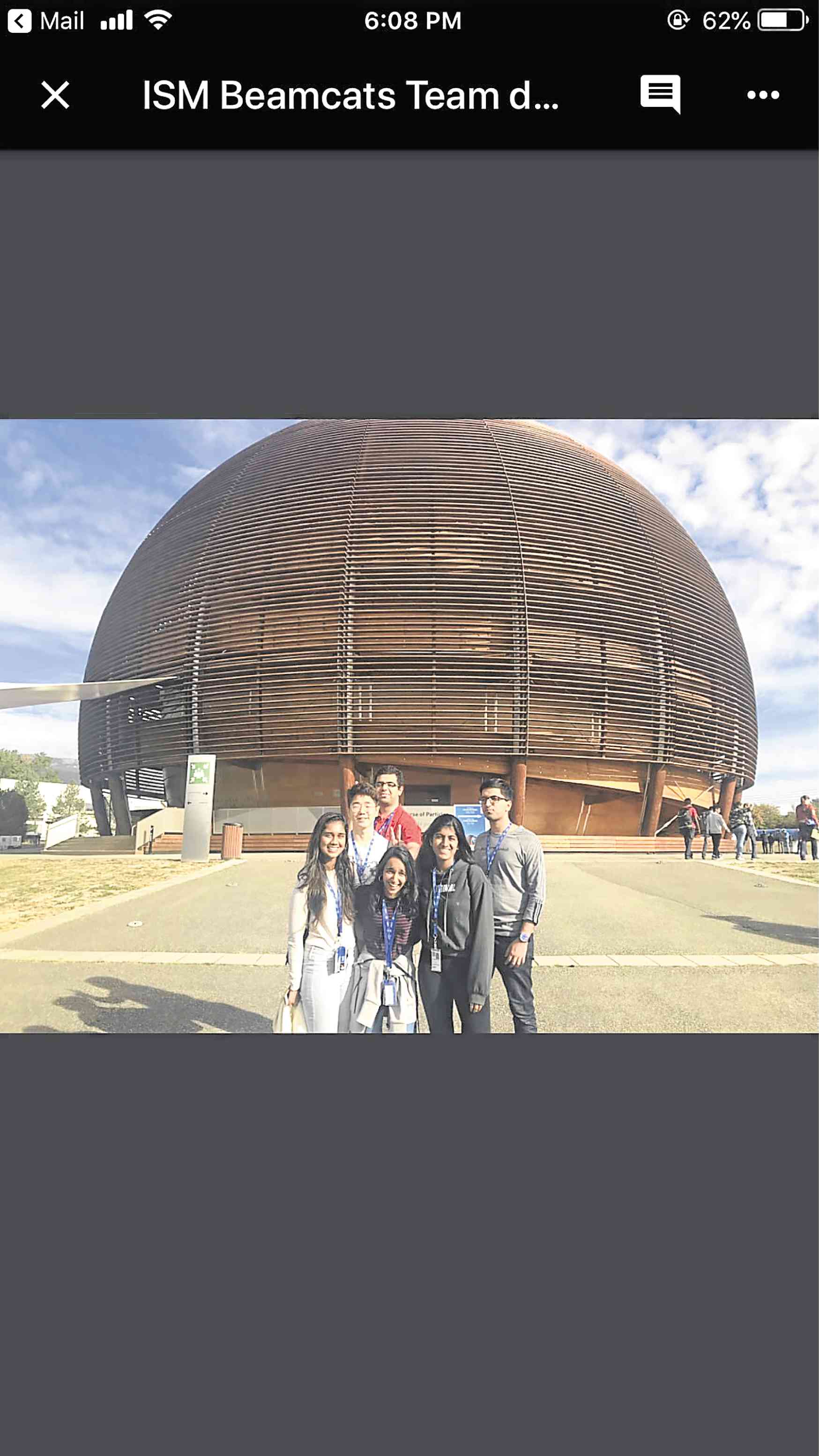 The ISM Beamcats at CERN in Geneva, Switzerland

Out of 195 applications received, a group of International School Manila (ISM) High School students were one of two teams that won the 2018 Beamline for Schools competition funded by the European Organization for Nuclear Research (or Conseil Européen pour la Recherche Nucléaire or CERN) & Society Foundation.

The ISM Beamcats submitted a winning proposal  to CERN, and as co-winners, were given the opportunity to carry out their proposed experiment at CERN in Geneva, Switzerland.

The Beamcats team are members of ISM’s Astronomy Club, founded in 2014. Since that time, they have participated in CERN’s annual Beamline for Schools competition. The team was comprised of six students with guidance from their club advisor, high school  physics teacher Brad Hill.

The Astronomy Club was a runner-up in the competition for the past two years. In their most recent submission, the Beamcats revisited the same topic that they proposed in March 2017, developing and expanding the scope of their experiment. Their final proposal focused on determining the viability of using pion therapy as an alternative method of cancer treatment.

During the team’s two-week stay at CERN in Geneva,  the students were able to use the same software, analysis and graphing tools that were key to the Atlas experiment, one of the major projects at CERN. “The best part of the experience was actually working like a scientist,” said Sana, now in G12 and hoping to become a doctor. Her fellow team member Sae Joon, also in G12, added, “We got to see what it was like to be a research scientist—a great experience.”

As the team worked through their experiment, they performed different types of testing using pion beams. They revised their experiment to make use of proton beams as a means of enhancing their original proposal.

Research for the experiment is still ongoing, but the team was able to make substantial headway with the collection of data using the sophisticated equipment available to them at CERN. The Beamcats hope to complete a first draft of the paper by December for a possible feature in a physics or scientific journal.

There can be few more compelling areas of research medicine than the search for alternate methods of treating cancer. Despite their age, the ISM Beamcats have shown the talent and drive that may make a significant contribution to the wellness of the global community.