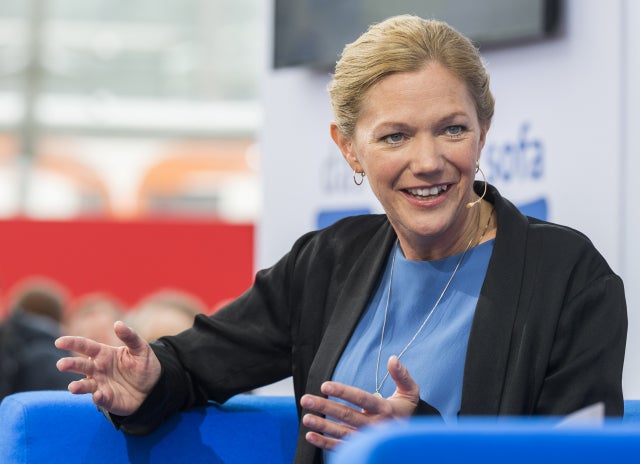 As alarm bells over global warming ring louder, authors are increasingly turning to climate change fiction to dramatize the catastrophic effects of droughts, hurricanes and floods and inspire action.

Dubbed “cli-fi”, the genre has seen an explosion in popularity in recent years as environmental changes sweep the globe and tales of a planet in turmoil appear less like science fiction and a lot more real.

“It is difficult for us to notice these things in our day-to-day lives,” she told AFP.

But with climate fiction, “you can imagine being a person whom flood or drought displaces, and with that imaginative stance can come radical empathy.”

For Norwegian novelist Maja Lunde it started with a documentary about colony collapse disorder, the mysterious die-off of bees that has sparked international concern.

“I had an epiphany: this is what I want to write about,” Lunde told AFP.

“The History of Bees”, which conjures up a world without bees where humans have to hand-pollinate trees, became a global bestseller, shifting over a million copies and translated into more than 30 languages.

Sensing that she “wasn’t done yet with this topic”, Lunde has set out to write a quartet of climate change novels. The second book, “Blue” deals with a shortage of water and was published in Norway last year.

Lunde will discuss her novels at this week’s Frankfurt book fair, the world’s largest publishing event where climate change fiction is expected to feature prominently.

“I think we will see more of these books in the years to come,” Lunde said.

“People are caring about climate change more and more… and authors write about what makes them scared.”

The latest UN climate report, which warned on Monday that drastic changes were needed to prevent Earth from hurtling towards an unlivable rise in temperature, showed that the situation was “getting worse”, Lunde said.

“But we can still do a lot,” she added. “We can all do something. I absolutely think that climate change fiction can change minds.”

U.S. freelance journalist Dan Bloom, credited with coining the term “cli-fi” in 2010, described the genre as a literary cousin of sci-fi, but less escapist and “based on reality and real science”.

The earliest examples date back decades with JG Ballard’s 1962 novel “The Drowned World”, where melting ice caps have partially submerged an abandoned London, considered a classic of the genre.

But Taiwan-based Bloom said cli-fi was “made for the 21st Century”.

This year’s unusually hot summer, when extreme wildfires ravaged parts of Europe and California, has made the public even more aware of climate events linked to global warming, Bloom said, fuelling “a hunger to read cli-fi novels”.

But like any good novel, he stressed, cli-fi stories should at their core “be good storytelling, full of emotion and memorable characters.”

Barbara Kingsolver’s “Flight Behaviour” (2012), about the sudden arrival of huge flocks of monarch butterflies in a Tennessee forest, and Margaret Atwood’s dystopian MaddAddam trilogy count among the must-reads of the genre.

“Literary critics are taking the genre serious now,” Bloom said. “We have entered the age of cli-fi.”

“They can serve to help make readers more conscious of what’s at stake as the world warms degree by degree. These novels can be wake-up calls, a cri de coeur.”

Climate fiction “can be the spark that leads to planetary political transformation,” she said. NVG