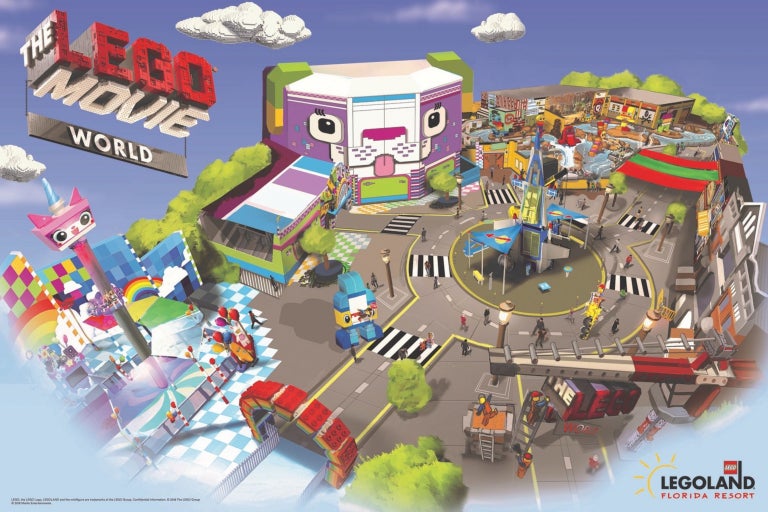 Legoland Florida Resort has revealed more details on its Lego Movie World, which will feature attractions from their blockbuster Lego Movies.

Unikitty Disco Drop: This ride whisks guests to the top of Cloud Cuckoo, then drops, spins and bounces back to earth.

Battle of Bricksburg: In this attraction, riders are tasked with stopping the Duplo aliens from invading and stealing Lego bricks by spraying water at their targets. JB