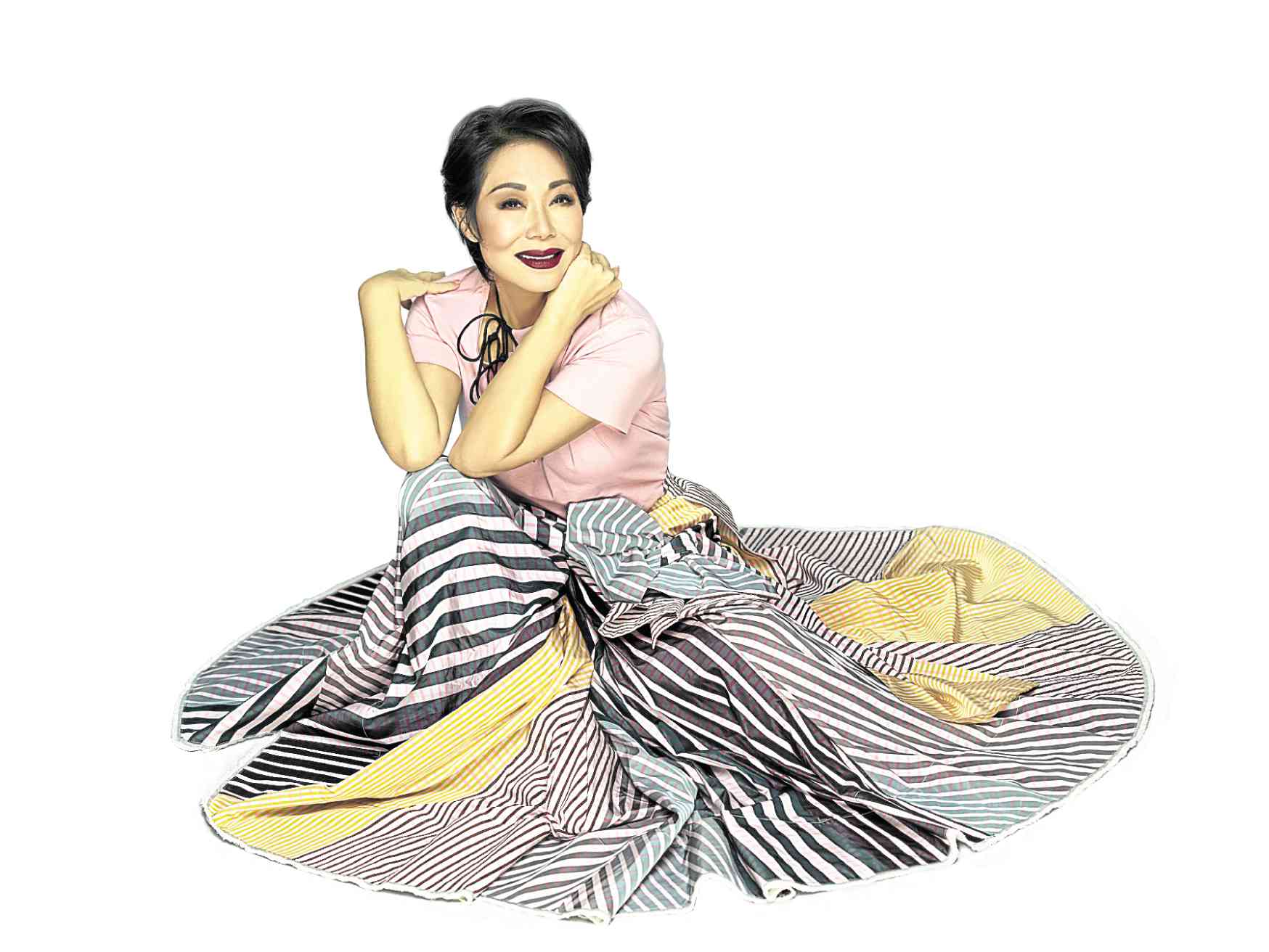 Gokson: “Everything is made for Instagram. But what looks good may not taste good.”

Bonnae Gokson: ‘I’ve been a crazy rich Asian all my life’

Gosh, I’ve been a crazy rich Asian all my life!” Bonnae Gokson said, clearly amused that this writer had to ask the obvious.

The Hong Kong socialite and cake queen was in town last week for the launch of her second book, “Weddings, Butterflies and The Sweetest Dreams” (Goff Books, 2018), held last night (Oct. 20) at Manila House. It was hosted by her longtime friends from the private club.

Gokson, who has been a frequent Philippine visitor for decades, recalled a four-day birthday party she held in Manila years ago that she believed encapsulated what the world now imagines of a crazy-rich Asian.

On that birthday, 60 of her closest friends flew in and were welcomed in a “Miami-cocktail type of thing” in the mansion of one of her Manila friends. The next day, a birthday dinner was held at the Metropolitan Museum of the Philippines, with music by the Philippine Philharmonic Orchestra, and a singer she flew in from Chicago. Friends also provided surprise entertainment.

She laughed at the recollection. “I was crazy! I’ve seen the movie [“Crazy Rich Asians”] four times. And I’ve gone through moments when I was young and I wasn’t allowed to go out with so and so because they didn’t match our family, blah blah blah. So I understand that thing about ‘not being good enough.’”

Gokson, the owner of Hong Kong hotspots Sevva, Ms B’s Cakery and C’est La B café, comes from a retail family—her parents founded the Wing On department store chain and her older sister, Joyce Ma, was founder and former owner of the pioneering Joyce Boutique Holdings.

Gokson is known as an all-around creative and tastemaker who has worked not just in fashion (for the Joyce empire and Chanel) but also as a consultant to upscale hotels.

“I think it was most refreshing to see a movie with romance and showed Asia so beautifully,” she said, but it’s “not an accurate representation of what it’s really like [in affluent Asian families]. Not everyone is like that. I’ve seen plenty in my own home. But we don’t shout out.”

For instance, “My niece’s wedding was one of the most beautiful, still one of the best I’ve ever seen,” she said.

“She got married in Venice and my sister Joyce took over the entire Hotel Cipriani. My niece wore a Vera Wang, and it was all very understated. It was held in a little church. The second day was in a museum, to entertain guests. My sister also rented a 17th-century palazzo which had no electricity, and there were 4,000 little candles, chamber music, gondola rides. It was absolutely beautiful! And we had magnificent fireworks.”

Incidentally, it was also the Venice wedding of a high-profile celebrity that prodded her to put together her second book, one that showcased not just the fabulous wedding cakes she and her team work on, but also to show how the cake could be the deal breaker in an otherwise elegant affair.

“It was George and Amal Clooney’s wedding,” she said. “Venice is so beautiful and romantic. And then I saw the cake [in the footage]. It was such a letdown. It didn’t work with such a romantic journey. It didn’t fit the entire thing. It was just big and hard,” Gokson said.

(A quick Google search yields black-and-white images of the Hollywood actor and his lawyer-wife slicing a graphic, four-layer monstrosity with Art Deco-ish trimming. The bride is in a delicate lace Oscar de la Renta wedding dress.)

“Weddings, Butterflies and The Sweetest Dreams” is by no means a wedding catalog or a bridal how-to, said its author. It’s meant for everyone who appreciates beauty, she added.

It’s a pairing of cakes with couture gowns—320 pages of beautiful photographs highlighting creative details of wedding locales (say, a ranch in Montana, or a dreamy wilderness setup), bridal finery, and the confections she designed around them (including an elaborate chandelier cake that descended from the ceiling, made of thousands of sugar-art hydrangeas that took months to perfect).

She also meant the book to show weddings in different cultures.

“The philosophy of my brand is that cakes are meant to be eaten, not just photographed for Instagram, so it’s very important that they taste good.” The butterfly, which has a short life span, is symbolic of the fleeting beauty of her always-fresh, preservative-free cakes, she added.

For the second tome, Gokson worked with most of the same people from the award-winning first book. Her affinity to the Philippines and her friendships show through in the pages: the cakes were shot by Hong Kong-based Filipino-Chinese photographer Andrew Chester Ong; her own portrait was by Mark Nicdao. Michael Cinco’s gowns also made it to the pages.

Three Filipino weddings are featured in the book: the Belo-Kho extravaganza in Paris which she attended, and those of two of Doris Magsaysay Ho’s children’s. (Gokson and Ho go a long way back—she was a bridesmaid in Ho’s wedding, and Ho’s son, Jesse Maxwell, is her godson.)

“I give total credit to my team,” she said of her chefs and cake artisans, “because I don’t bake. But I travel and I have a lot of ideas. We work together—I’m the brain, they’re the hands.”

The launch at Manila House, where “Weddings” is exclusively available here, is the second party held for Gokson’s book. Vera Wang, who wrote one of the forewords—the other was nonagenarian icon Iris Apfel—hosted the New York launch early this month. The Hong Kong launch will be held today in her restaurant Sevva.

In last night’s event, she created a 9-foot-tall confection that paid homage to her beloved Philippines: The cake was adorned with pastillas, complete with paper cutting; they actually contained pistachio cookies, meant as gifts to her guests.

“I don’t know if it’s going to a be a crazy-rich party,” she said on Friday, “but we’re going to dress up! And there will be music. I love the music here. Life is stressful, and this will be a breather, a celebration of life and friendships.”