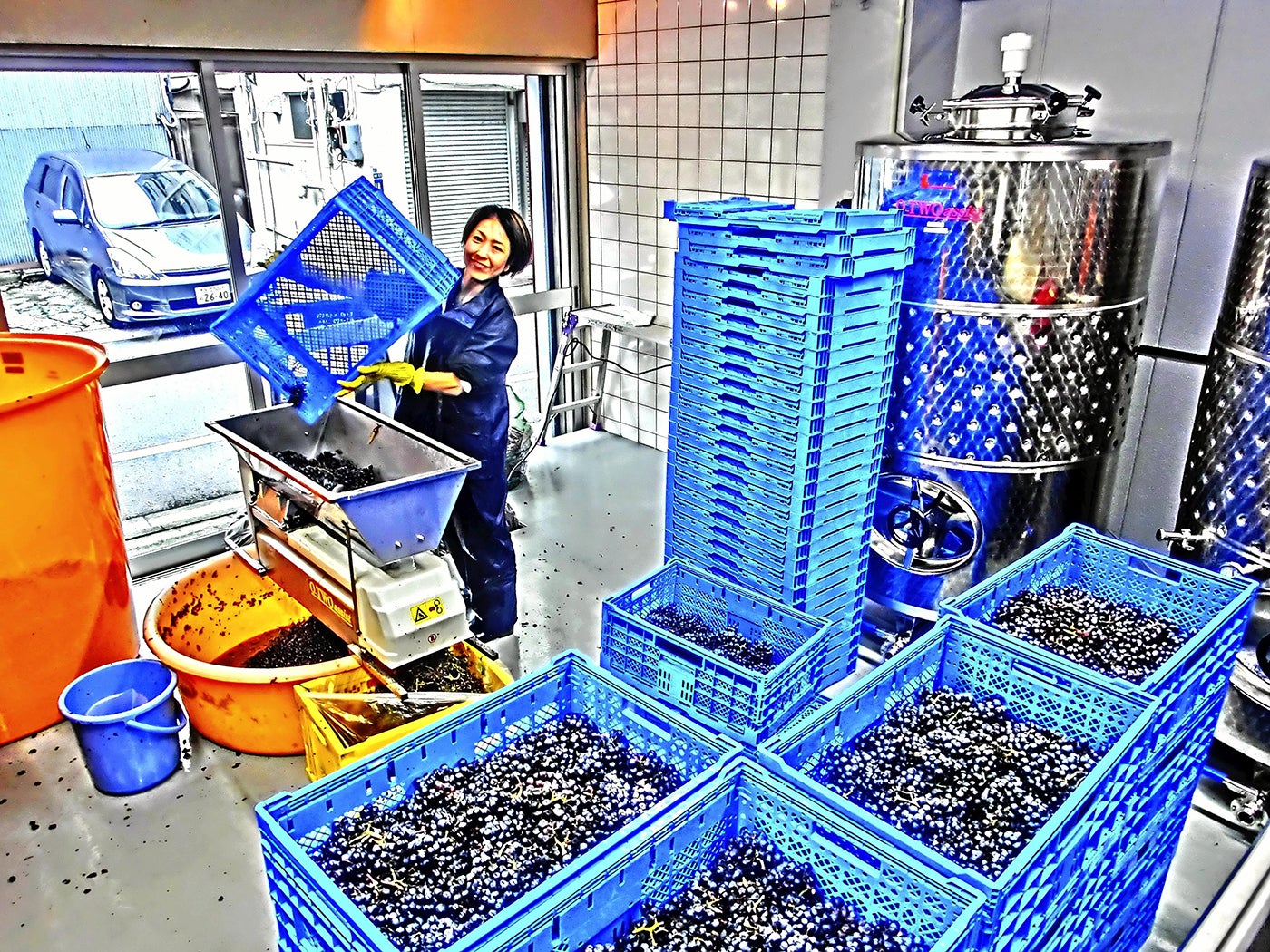 TOKYO — Now is the season when newly produced wines begin to hit the stores. While many wineries are located in grape production areas, more and more new ones have opened in urban areas, where much of the consumption of wine takes place. Urban wineries not only offer particular flavors, but also make efforts to connect consumers and grape growers.

According to the Japan Wineries Association, there are four wineries in Tokyo’s 23 wards.

Of these, Book Road is the newest addition. Opened last year near JR Okachimachi Station in Taito Ward, Book Road takes up a garage-like space on a side street. On a recent visit, Michiko Sugo, 47, who is in charge of fermentation, was putting bunches of grapes into a machine to destem them, a scene passersby can see through the glass doors.

“I hope when people see the production processes, they feel more familiar with wine,” she said.

There are about 10 kinds of beverages sold at the winery, including red and white wines and cider. Sugo said she tries to find a customer’s favorite by asking for information such as what kind of meal it will be served with and for what occasion. 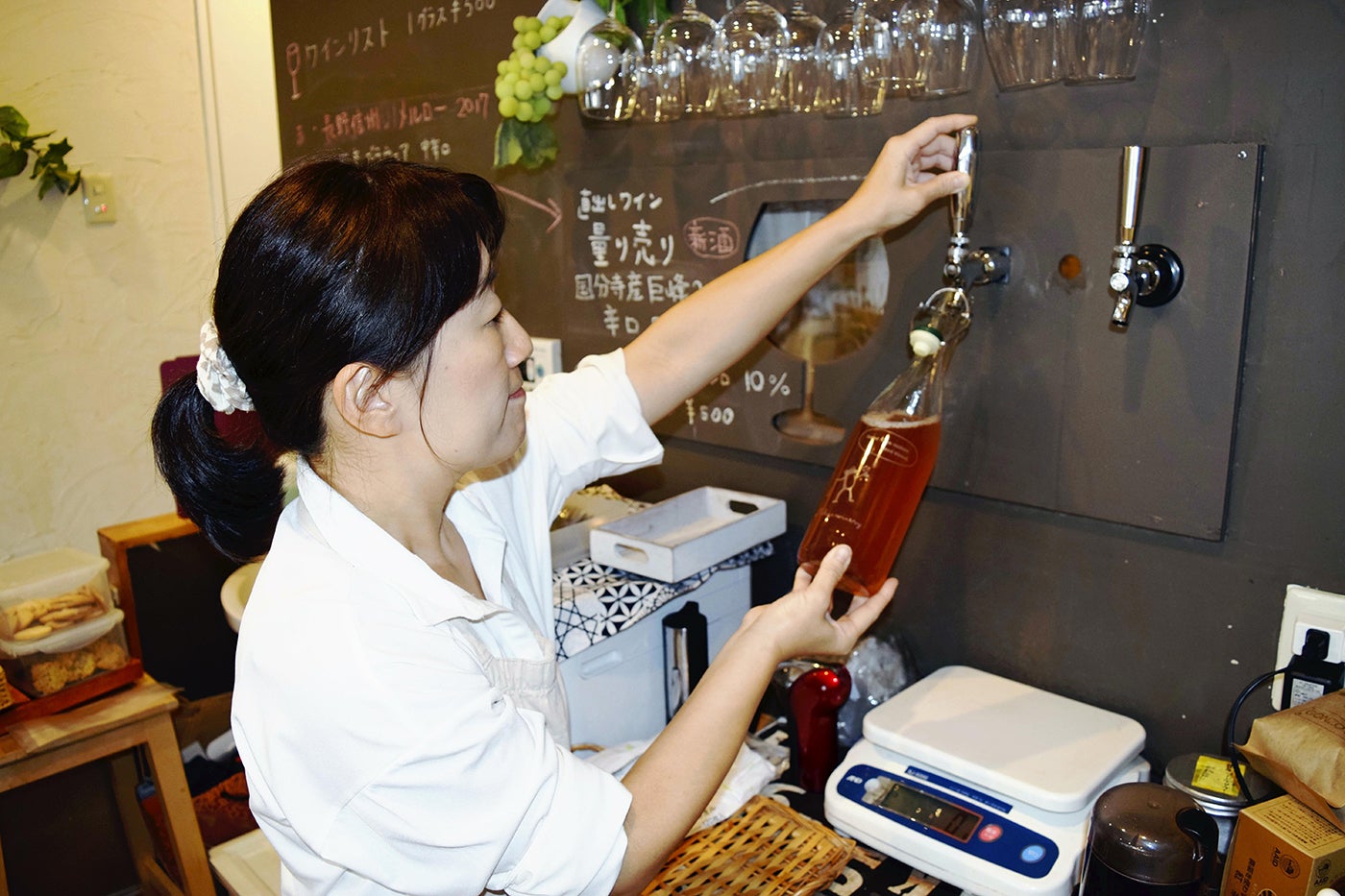 Kiyosumi-Shirakawa Fujimaru Winery, which opened in 2015 in Koto Ward, is trying to enhance the quality of its products to differentiate them from some imported wines that are widely available at lower prices.

“We try to retain the natural flavors of the grapes by avoiding excessive filtration,” said sommelier Osamu Murotani, 39.

The winery produces products using various varieties that retain their freshness as they do not undergo long maturation. There is a tasting corner where visitors can compare three kinds for ¥1,000 before tax.

Fukagawa Winery Tokyo, which opened in 2016 in Koto Ward, organized a bus tour this summer in which participants tried their hand at harvesting grapes in Yamanashi Prefecture.

“After the tour, more customers say they are willing to help make wine,” said Kosuke Ueno, 46, head of the fermentation section at the winery. 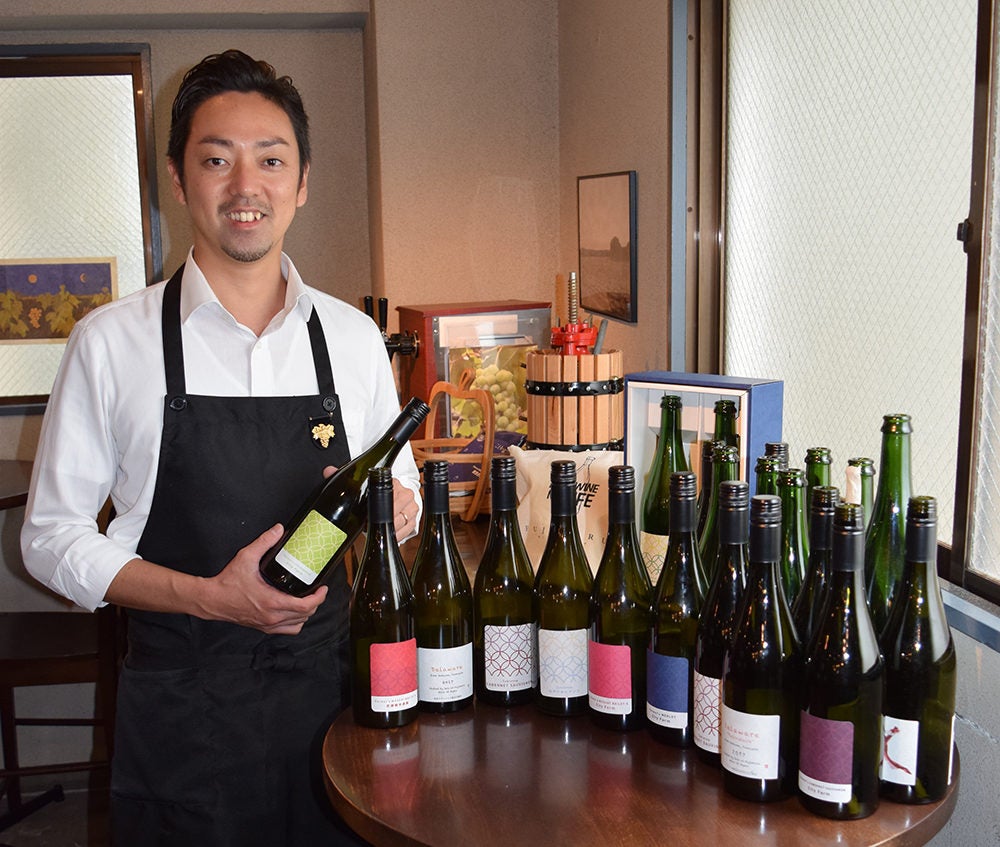 Tokyo Winery, which opened in 2014 along with a cafe in Nerima Ward, holds events in which consumers and local farmers can chat while drinking wine together.

“I hope these events will offer an opportunity for people to become conscious of the shortage of farmers and other related issues,” said winery owner Miwa Echigoya, 42.

Such urban wineries close to wine drinkers seem to be appealing to grape growers.

“I’m happy if urban wineries promote the attractiveness of production areas to urban consumers,” he said, “and if it leads to some of them moving to such places.”

There are also urban wineries in the Kansai region, such as Shimanouchi Fujimaru Winery in Osaka.

“For consumers, watching how wine is produced can help them have peace of mind and likely trigger more interest in agriculture and the environment,” said Chuo University Prof. Kimie Harada, who is an expert on wine issues. “Though urban wineries have some challenges, such as being limited in production volume because it is difficult to secure large spaces, I hope they will boost the level of the Japanese wine industry by taking advantage of their proximity to consumers.”