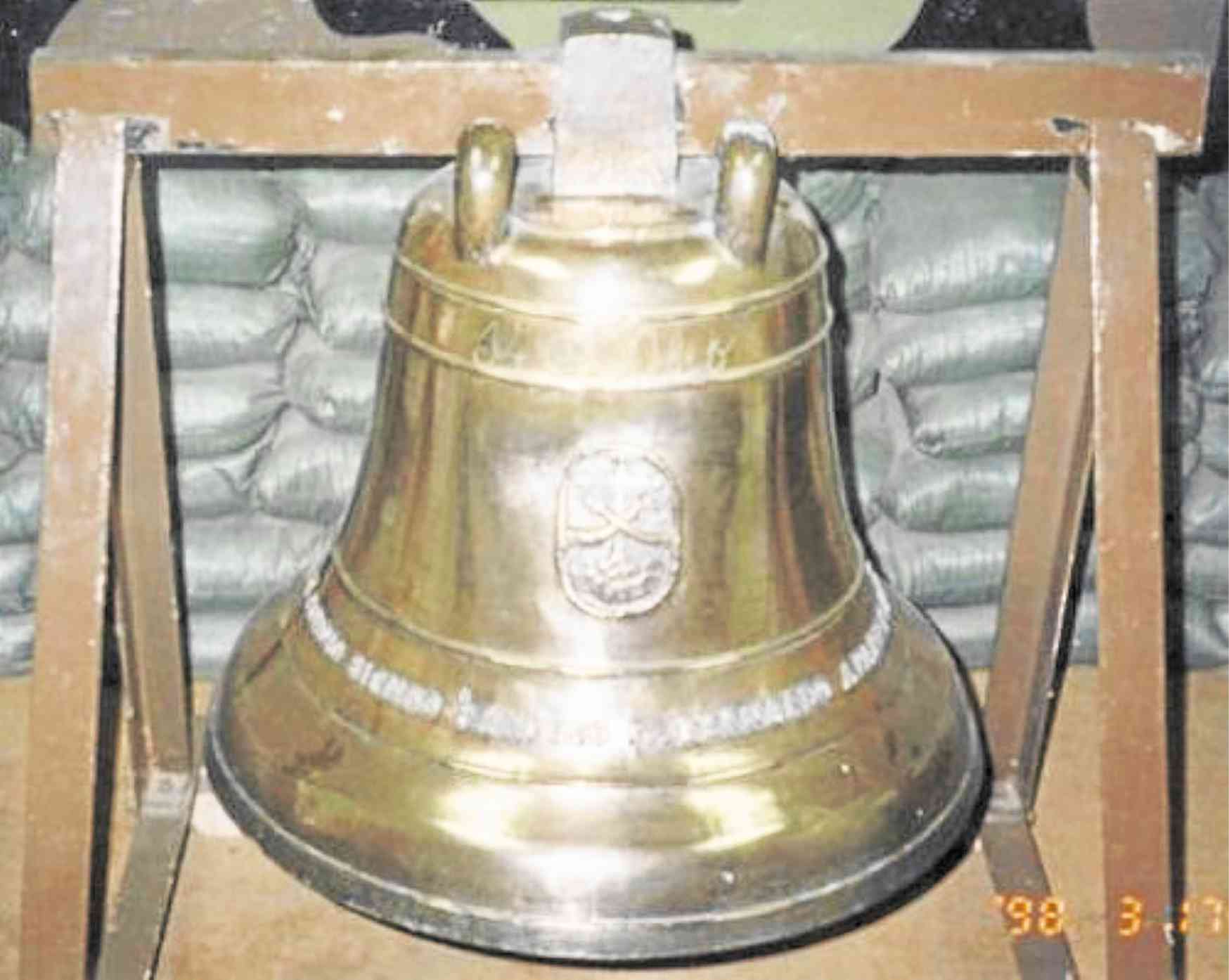 Third bell in a US military facility in South Korea

Balangiga bells to be returned December

The bells of Balangiga, Eastern Samar, are set to be returned to the country before the end of year after more than a century of being in the United States as war booties from the Philippine-American War at the turn of the 20th century.

The three bells—two in the Warren Air Force Base in Wyoming and one in a US military facility in South Korea
—were taken from Balangiga in 1901 as war trophies.

They have been subjects of a campaign for repatriation for more than 20 years.

Two Americans and a Philippine historian have campaigned for the repatriation of the bells—retired US Navy officer Dennis Wright, Rear Adm. Dan McKinnon and Rolando Borrinaga.

Borrinaga told the Inquirer on the sidelines of the 39th Philippine National Historical Society’s national conference in Catbalogan City, Samar, that US Defense Secretary Jim Mattis had formally recommended to the US Congress on Aug. 10 that the bells be returned.

Asked about the certainty of the return, Borrinaga said it was “definite” the bells would be repatriated “on or before Christmas.”

Borrinaga said the bells would be returned to the church of Balangiga.

He added a “Philippine-American War Memorial Plaza” would be constructed in Balangiga. —CONTRIBUTED