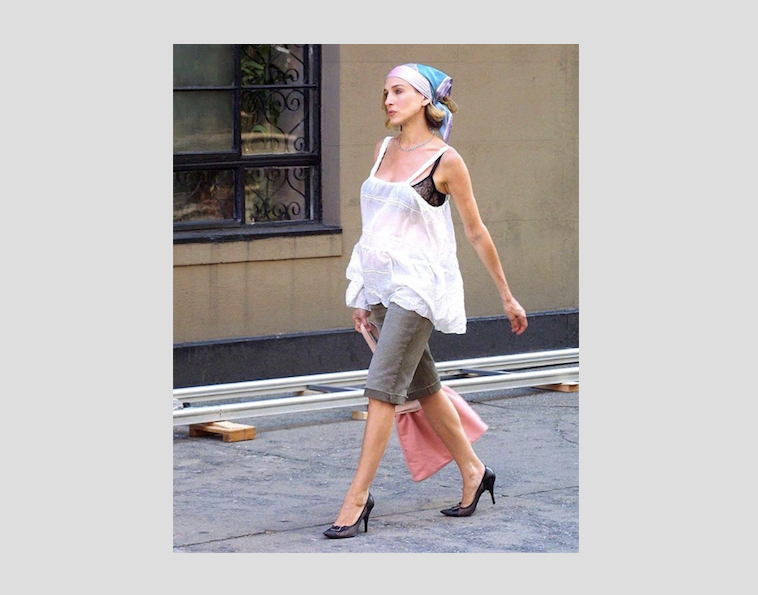 In life, there are often warnings against looking back. In fashion, looking back can be a necessity, even if it’s sometimes a hard pill to swallow. Recalling the past is both for remembering the best and having a good time laughing at the worst.

When Hedi Slimane took over Celine, Phoebe Philo’s faithful dubbed as Philophiles sought comfort in looking back at the old campaigns and collections. @oldceline blew up to over a hundred thousand followers, including Tommy Ton, Garace Dore, Virgil Abloh,and Leandra Cohen. It went online on the day Slimane wiped clean the official Celine, serving both as a reference for Philophiles and as a way to comment on the Slimane-era Celine.

With the 1990s still fueling much of today millennial and Gen Z trends, @doyoulovethe2000s reminds us that not everything ’90s is worth resurrecting. Their bio description reads “Repping the tacky 2000’s and the 2000’s only”; it’s rife with memes and photos that remind us of Paris Hilton’s glory days, the Olsen Twins pre-The Row, and other gems such as Pink posing with pink suede platforms in hand. Think of it as looking through the photo album your mom busts out to embarrass you in front of your friends. It’s fun and also a quick lesson to be filed under “What Not to Wear…Again.”

@velvetcoke is for the old souls that appreciate anything and everything of pop’s past, from childhood photos of today’s favorite celebrities, clips from landmark movies and TV show, to the WTF moments such as PETA protestors on the Victoria’s Secret runway to Lindsay Lohan taking a photo of the paparazzi with her point and shoot cam.

For those of you who miss the days of the supermodel, old Hollywood glam and various mementos from the fashion archives, there’s @vintage_vogue. With close to four hundred thousand followers, the account proves we’re suckers for anything from days past. They also have Instagram Stories featuring the works of fashion’s best photographers like Terence Donovan and Helmut Newton, which proves that art and fashion are indivisible. And those filters? They’re more of how photos were developed to print before the advent of the digital camera.

If you’re into a more niche aesthetic, there’s @whatfranwore which archives every designer ensemble of Fran Fine from The Nanny. Fine had a thing for being the most fashionable from Versace vests, Dolce & Gabbana patchwork coats, and Tom Ford’s Gucci designs. If you watched “The Nanny” as a kid, going through this account will bring back so many memories, along with the realization that Fran unconsciously dictated your fashion sense.

But if you’re still undecided on what style you should be going for, there’s @everyoutfitonsatc. You’ll get a breakdown of the outfits worn by Carrie, Charlotte, Samantha,and Miranda on “Sex and the City”, along with the current looks of the cast members thrown here and there. The Instagram also has a feminist angle, discussing in the captions why Carrie was most of the times the worst along with her disappointing lovers.

Like I said, not everything that’s happened before is good. But that doesn’t mean you should forget about it, especially if you can learn from it. JB

Acne-prone skin? It might be the alcohol in your routine