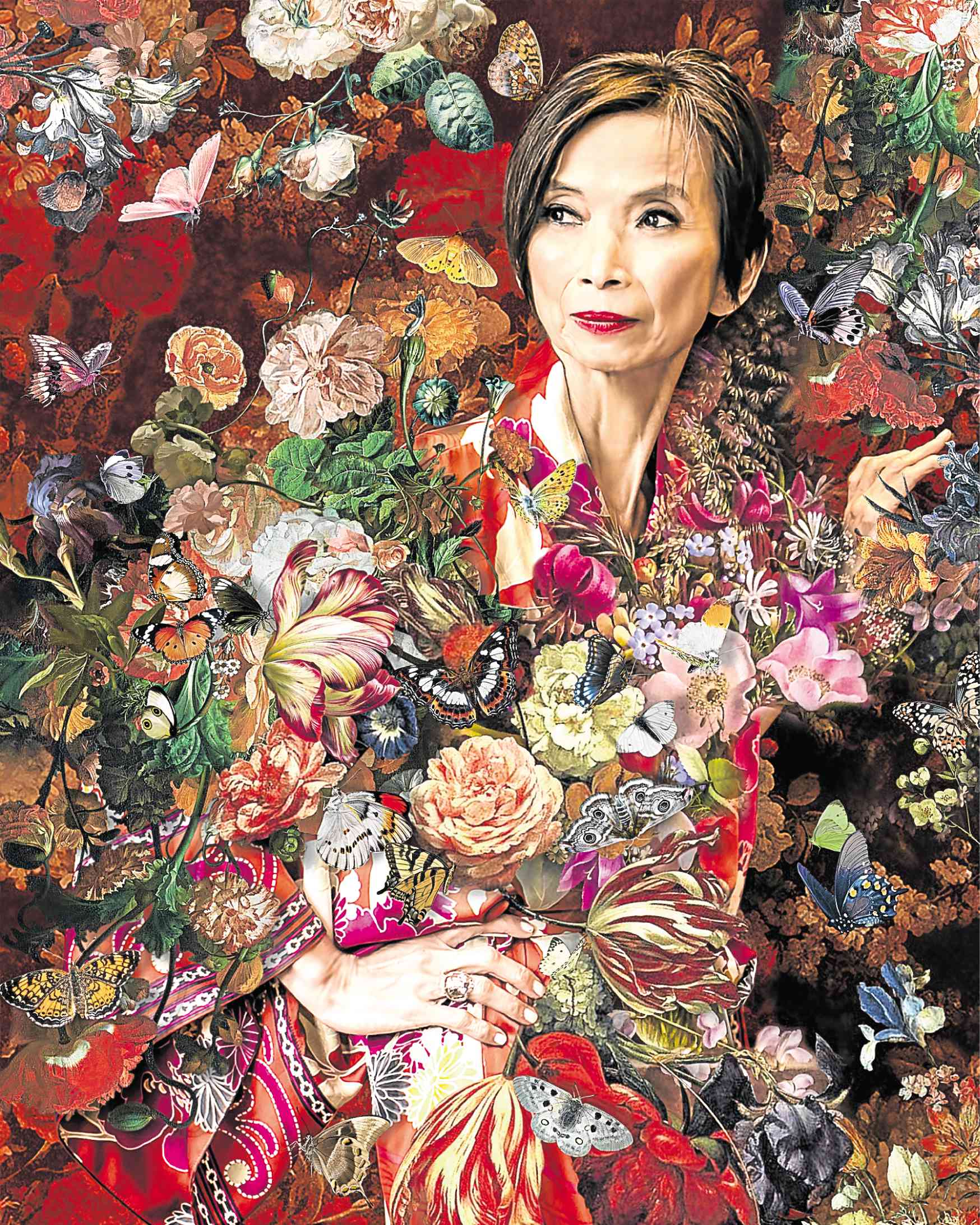 When Andres Barrioquinto decided he wanted to become an artist, he went to University of the Philippines College of Fine Arts and took the talent test to qualify for their certificate program.

His application was rejected. Based on the results of his talent test, the faculty determined he lacked the aptitude for the fine arts.

Now that he’s one of the country’s most in-demand contemporary artists, an “auction star” whose works routinely fetch seven figures when they go on the block, this seems like an oversight comparable to Decca Records rejecting The Beatles’ audition because “they didn’t have a future in show business.”

Luckily, University of Santo Tomas took the role of EMI Parlophone and accepted him into their College of Fine Arts and Design. Although he didn’t graduate—couldn’t be bothered with going through Physical Education (PE) and Reserve Officers’ Training Corps (ROTC)—he was taken under the wing of Ronald Ventura, who was teaching at the time.

Long story short, Barrioquinto fell in with a group of kindred spirits known as Tres Acidos (Ronald Ventura, Butch Payawal, Joel Mendez), won the Metrobank Young Painters Competition in 1998, and was named one of the Cultural Center of the Philippines 13 Artists for 2003.

To overstretch the analogy, it would take a few more years before Beatlemania struck, during which Barrioquinto found his stylistic footing, won a few more awards (including UST’s Benavides award for outstanding students two years running), found a receptive audience for his work in Singapore, and was eventually embraced by local collectors for his distinctive hyper-realistic figurative works with hallucinatory overlays and washes of butterflies, foliage, traditional patterns and vintage imagery.

Today the artist is beset with a host of happy problems: Collectors hound him for paintings even before the paint is dry. He is often asked to certify paintings that turn out to be fakes. Sometimes even the certification is faked. Some collectors have even been known to commission other painters to make artwork in the “Barrioquinto” style.

Lest one think that Barrioquinto has turned into the Claudio Bravo or Betsy Westendorp of his generation, his manager Derek Flores hastens to add that this is a one-off project, Barrioquinto’s way of giving back to the art community. Part of the proceeds from the paintings will go to the Asian Cultural Council (ACC), which funds the further education of young Filipino artists in leading cultural institutions abroad.

“This is more of a collaboration so it was harder for me,” he says. “Each of the subjects had a particular work of mine that they liked and wanted to follow, so I didn’t have as much freedom as usual.”

The artist does have a peculiar rule when it comes to portraits: no teeth. That is to say, no toothy grins.

“This is not a magazine shoot,” he says. The most he’ll allow is an enigmatic half-smile.

In any case, the prolific artist won’t be doing any more portraits for a while: He’s already hard at work on his solo exhibit in New York which is slated for March next year, to be followed by another solo exhibit in London in September.
Restless
Barrioquinto has always had a restless turn of mind; when he perfects a certain style, his natural inclination is to change up. Collectors sometimes have a hard time recognizing his earlier work because they’re so different from his current paintings.

The son of veteran business journalist Cesar Barrioquinto, the artist didn’t have an easy childhood.

“I would always get into fights because we were living in Tondo at the time,” he recalls.

Drawing was the one thing he could always take refuge in. As a child he would hang out in the art department of his father’s newspaper, where cartoonist Nonoy Marcelo ruled the roost. Editorial illustrator Jose Tence Ruiz gave him his first Rotring technical pen, and he was allowed to draw to this heart’s content whenever a vacant desk turned up.

Life didn’t get any easier when his family moved to Hong Kong when he was 14. He was pretty much left to fend for himself, he recalls, dodging wannabe gangsters in the Sha Tin housing estate where they lived. He dropped out of school and started taking odd jobs, working as a messenger, a hotel bellboy, even taking a factory job.

Eventually, his mother took him back to the Philippines where he agreed to go back to school, on one condition: It was fine arts or nothing.

Even then, he says, he didn’t expect it to make life any better for him.

“I’m okay now,” he says. “But now that I have children, I don’t want them to experience what I went through.”

Apart from art, music is his other refuge. When he’s not painting, he runs a music bar named MoZec with his wife, visual artist Iya Consorio. Apart from the featured indie bands, the bar’s sound system is stocked with his favorite records by The Doors, Nick Drake, Bob Dylan, Jeff Buckley and The Smiths.

He’s even named his children after his favorite musicians: Mazzy Star, 6; CocoRosie, 5; and Mozec, 1 (after “Moz,” nickname of Steven Morrissey of The Smiths.)

Barrioquinto usually listens to music while he works, and sometimes takes his titles from the songs he’s listening to at the time (e.g., “The Thoughts of Mary Jane”).

“You’re only as good as your last painting,” he says. “For me an artist always has to be good, everything he produces has to be good. It can get tiring but you can’t be a one-hit wonder.”