Why Marawi, believe it or not, is now foodie heaven | Inquirer Lifestyle ❮ ❯ 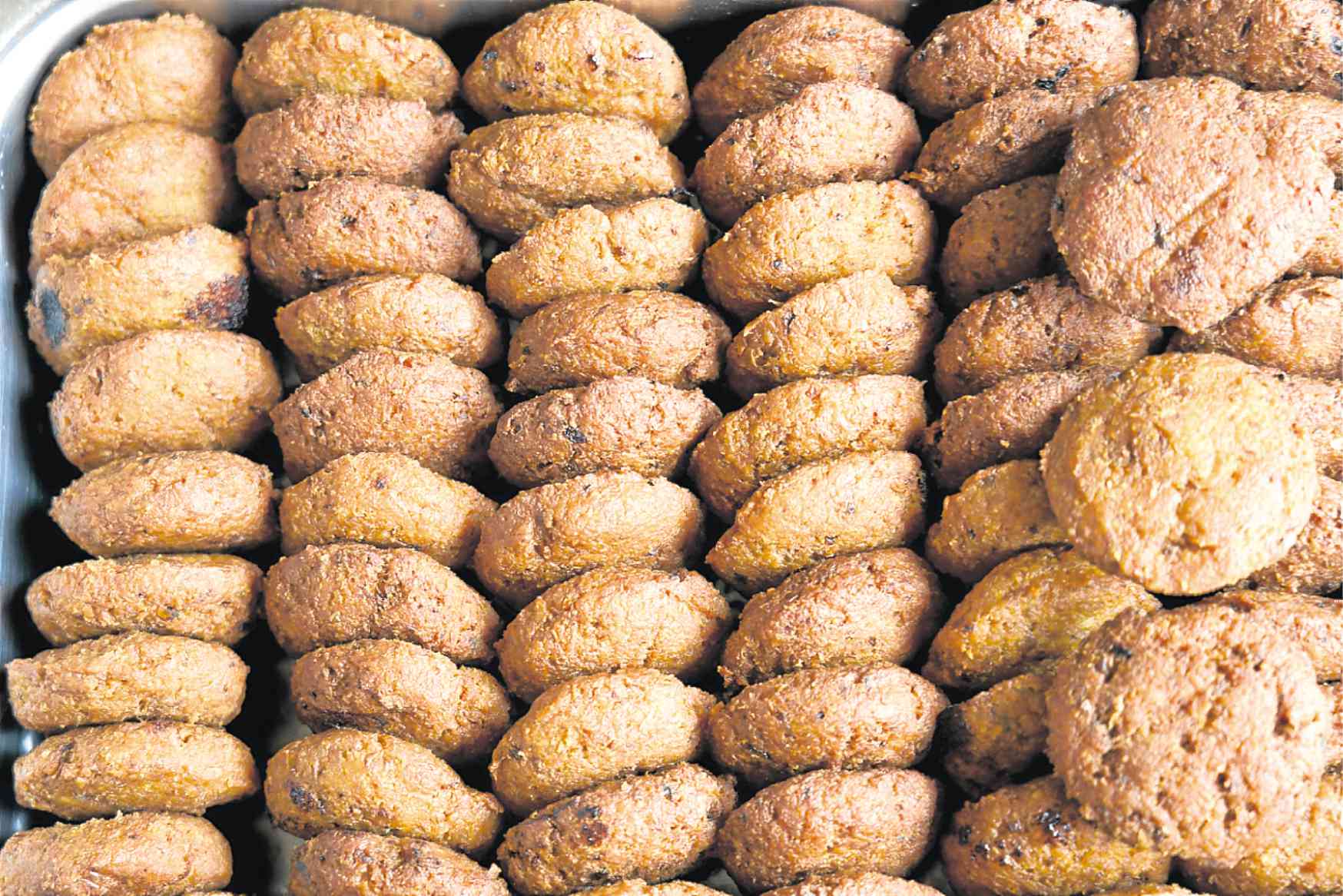 “Pisasati” from a street vendor

Why Marawi, believe it or not, is now foodie heaven

The road to Marawi is dotted with refugee camps, many tents bearing the logo of Unicef or of other international aid organizations. We had passed the border where the city of Iligan ended and the jurisdiction of the Autonomous Region in Muslim Mindanao began.

The exit from Iligan had been a cursory check by the Philippine National Police—
they were much more concerned about people entering the city rather than leaving
—but the road to Marawi City was dotted with much more serious-looking military personnel.

The city is only 37 kilometers away from Iligan, but the landscape changes dramatically: the bright glare of the coastline gives way to lush forests and, eventually, to pine trees as the road curves upwards. The fresh upland air smells more like Baguio in the 1970s than anything else.

In the distance are occasional glimpses of the sunlight rippling off Lake Lanao. (“Lanao” means “lake” so the name is redundant, rather like “chai tea.”)

We didn’t have permission to enter the city center, known as “Ground Zero,” which remained closed off by the military.

The road through the edge of Marawi City to the idyllic lakeside sanctuary known as Ayala (because Ayala Land had once planned to develop it, apparently) was lined with houses bearing mortar and bullet holes.

We were there for the food. Even if a city is bombed into oblivion, its culture survives as long as there are still people left alive and living, and the urgency for that culture to continue and flourish becomes even more acute.

The central market in the city center was gone, but that simply meant that the trade for fish, vegetables, mobile phones, slippers and all sorts of items had moved to other informal locations.

The street scene was thriving—beside an air-conditioned place selling bubble tea with a welcome mat bearing Chinese characters was an older canteen that served, among other snacks, variations on a local delicacy called tapay. That is cassava allowed to ferment overnight. It’s traditionally served warm, like a slightly sour kakanin.

But the younger generation has run with it, so there’s now tapay shakes, which taste a little like lassi, and tapay halo-halo with ice cream and crushed ice on top.

The food authenticity police would be horrified, but the place was full of happy teenagers scarfing down the riffs on what would have otherwise been one of the more esoteric Maranao snacks.

Our rooms were at the Marawi Resort Hotel. It’s in an idyllic location within the Mindanao State University (MSU), where the wind gets nippy at night.

As dusk was falling we stopped by the sadly neglected Aga Khan museum, which had, among other things, the real versions of the weapons you see on the little “Weapons of Moroland” wall-mounted display found in many expatriate Filipino homes, along with the large wooden spoon and fork and the Last Supper. The real stuff is large, rusty and a little bit bloodied.

We walked across the track oval of the university to the bustling main street of the Commercial Center, where students were having drinks on rooftops and buying bags of rotisserie chicken to take home for dinner.

The war had missed them there, explained my friend and our host, whom I last saw in Oxford in 2008. He had returned from Libya to try and make something of the decaying hotel, control over which was mired in the local politics.

Then the siege happened: “The soldiers commandeered all our rooms as their barracks. It’s only now that we’ve been able to turn it back into a hotel.”

The next day we went out to look for food along the narrow alleyways outside the gates of the university campus. A lot of the food in the eateries reflected the bounty of Lake Lanao, especially the biyaring—this was not on the menu, but the store owner offered to make some for us.

The flavor base of much of Maranao food is the palapa, which can be used alternatively as a base for marinating or stir-frying, but can also be eaten as a side dish or condiment.

Its main ingredient is sakurab, a local allium similar to a plump spring onion that’s almost impossible to find outside of the region.

We went to the back of the carinderia and the chef popped up with a deep tray of live, jumping freshwater crayfish (odang) from the lake—you could eat them, he explained, by just pulling off their heads and popping them into your mouth. He quickly decapitated most of them, rinsing them off, and began pounding them into a paste in a large mortar and pestle.

Then in came the allium, ginger, garlic and lots of chilies, not unlike a Thai chili paste. Palapa has to be made in a mortar and pestle, and mechanical alternatives simply won’t do. As with a chili paste or a Provençal aïoli, it simply won’t taste the same otherwise.

The all-purpose palapa will stay in the fridge for a few weeks, but with the addition of crayfish, the biyaring must be consumed immediately, or at least within the day.

We had it fresh, with a cupful of hot rice. It was slimy and so spicy that it burned a hole in the roof of my mouth. It tasted like a very spiced version of amaebi sushi.

Apparently you can also have it with stuff, like a chutney
—later in the day I had a bowl of profoundly turmeric-spiced carabao skin cooked as a balbacoa, rich and gelatinous, which I smothered with the biyaring. This was foodie heaven.

The Muslim quarters of Iligan and other surrounding towns have been struggling with the influx of refugees. At the time we were there, everyone we talked to just shrugged off the announcement that there would be a groundbreaking soon.

“It’s been postponed over a dozen times,” they said.

If everything goes according to schedule, the former residents can begin rebuilding their homes by 2020. —CONTRIBUTED