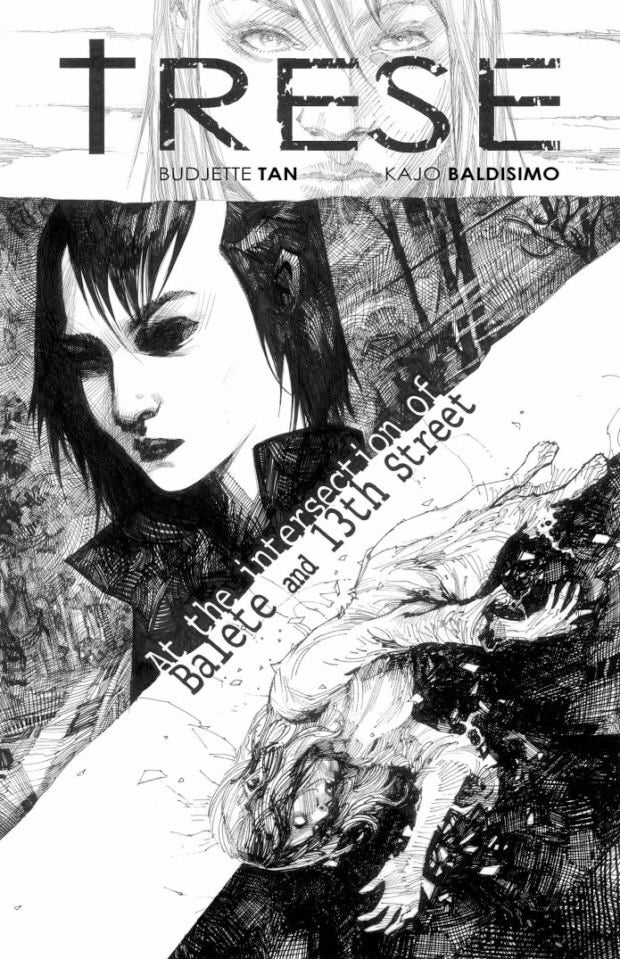 Netflix’s director of anime Taito Okiura made the announcement at the Netflix: See What’s Next Asia 2018 event in Singapore on November 8. “I’m very excited to announce this project,” he said. “We’re very honored to bring this unique story in anime art form on our global internet TV platform.”

Set in Manila, Trese chronicles the adventures of Alexandra Trese, a detective who goes to head with supernatural beings from Philippine folklore.

Budjette described it in an interview with Inquirer as “a magic procedural, “CSI” meets “The X-Files,” “CSI” versus aswangs and engkantos.” And the story will soon make the leap from the pages of the books to Netflix worldwide.

Jay Oliva (Wonder Woman, The Legend of Korra) is onboard as executive producer. The series is produced by Shanty Harmayn and Tanya Yuson at BASE Entertainment, a studio based in Jakarta and Singapore.

“Of course, as with any book or comics creator, part of the big dream is for it to be adapted to movie or TV. But this is entirely something else! The big dream was for a local network or a film outfit to adapt Trese for the Filipinos. But Netflix is global! I hope this will tell the rest of the world that there’s much more where this came from. We are excited for the readers and for the new audience this will bring,” said Visprint’s Nida Ramirez, the publisher of Trese.

“There’s never been a global television network until now. Netflix brings the world together through the sharing of content. We invest in stories and we commission some of the best stories around the world,” said Netflix CEO Reed Hastings.