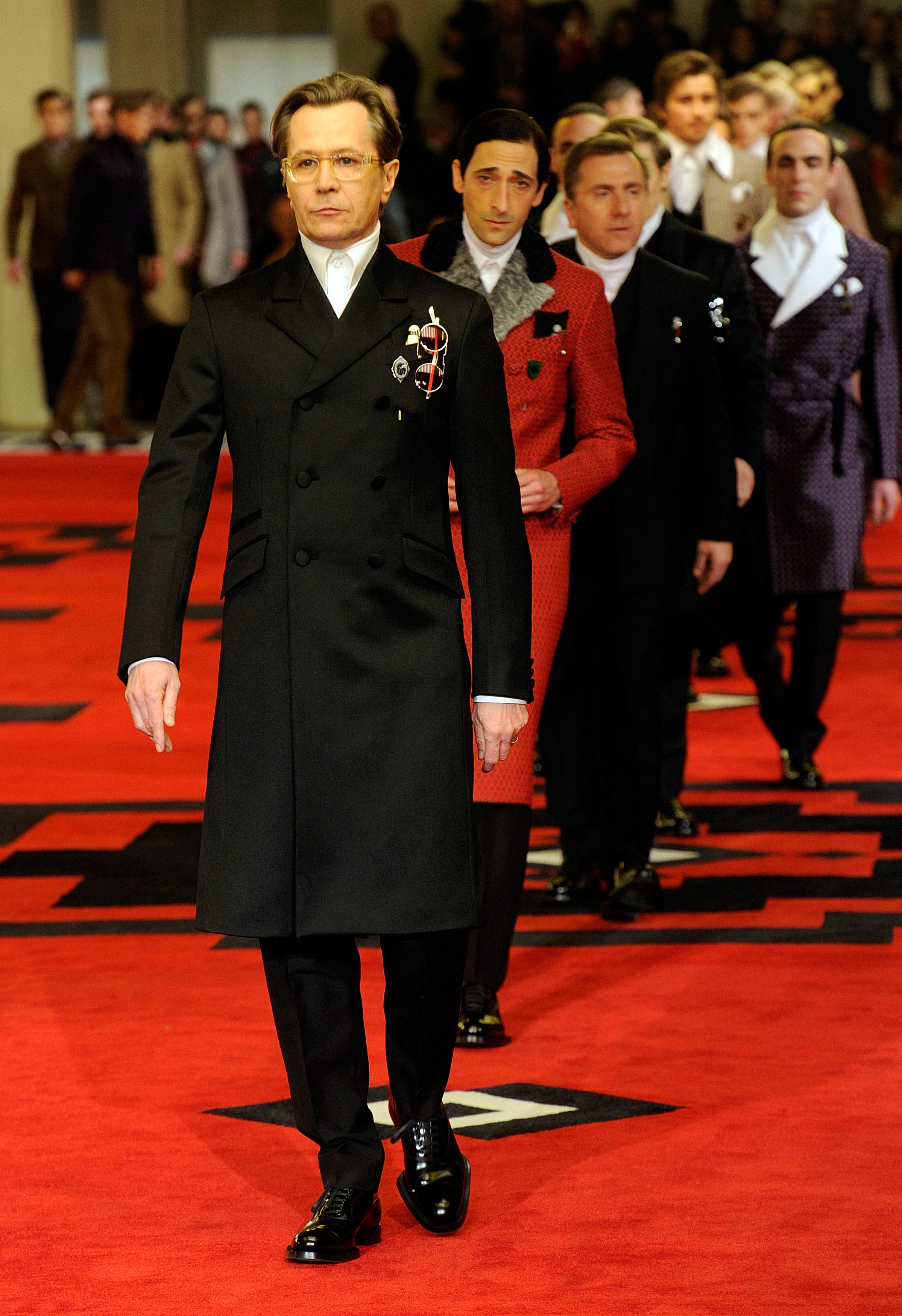 MILAN — The Prada winter fashion show was pure entertainment from the real live actors modeling the clothes, to the huge red-carpeted runway set in the ballroom of an invented palazzo, to the eccentric and at times dramatic outfits.

Such Hollywood A-listers as Adrien Brody, Willem Dafoe, Gary Oldman, Tim Roth, Emile Hirsch and Jamie Bell walked the runway with a naturalness that confirmed their talent as perfect players in the Prada pageant.

Most of the actors wore the collection’s staple overcoat, long, black and elegant with wire-rimmed sunglasses tucked like a handkerchief in the breast pocket.

Only Adrian Brody donned a double-breasted red overcoat with a black velvet collar and fur-trimmed lapel, and sported matching red-lensed, round sunglasses.

Overall Miuccia Prada’s winter 2013 collection presented Sunday, the second day of the four-day Milan menswear preview showings, spoke of a man who likes to be both eccentric and mysterious, is quite sure of himself and at times a bit of a snob.

He wears brooches that look like medals on his jacket, prefers vests to sweaters and likes the arrogance of a high stiff collar on his white shirts. He’s not embarrassed to wear underwear as outerwear and toss off his overcoat to reveal a pair of boxer shorts paired with a tuxedo shirt and gartered knee socks.

Somewhat of a dandy, he prefers his hair long, as is tempted by the eccentricity of a mustache.

Leave it to Miuccia, who every season proves to be the most creative of Italian designers, to put on a show where despite the thrill of Oscar-winning actors playing the part of models, the clothes still kept the leading role.