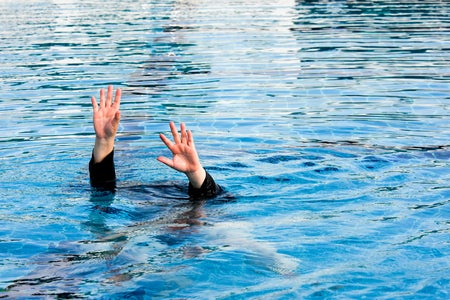 Two siblings, aged thirteen and seventeen, have earned widespread admiration after rescuing a man from drowning, when the man fell into the swimming pool of the resort they were staying in.

The two teens, 17-year-old Alefiyah Akil and 13-year-old Abbas Akil who are both from Dubai, were spending the holidays with their family at the Fariyas Resort Lonavla near Mumbai in India, when they heard a splash from the resort’s swimming pool.

Alefiyah and Abbas wasted no time in rescuing the Indian man, who did not know how to swim; the teens jumped in the pool to save him. The incident happened last August, as per Gulf News on Nov. 12, an act of heroism that has since seen the siblings to receive a letter of appreciation from the resort.

Their mother, Fatima, also said in the report that she is preparing the siblings’ nomination papers for India’s National Bravery Award for its 2018-2019 edition, an award that recognizes courageous Indian children.

Upon recounting the events, it was shared that the middle-aged hotel guest slipped by the pool and fell into its deep end just after its closing hours in the evening. Alefiyah, at that time, was playing table tennis with her father.

“When I saw it was a man drowning, I jumped in without thinking twice,” Alefiyah was quoted as saying. “He was petrified and trying to hold on to anything he could. I was struggling to keep him and myself afloat because he was inadvertently dragging me down with him, and he was a heavy man.”

Abbas, on the other hand, dove to the bottom of the pool’s deep end so he could push the drowning man upwards. The siblings eventually got to bring him to the pool’s edge where he was pulled out by other hotel guests.

There was no lifeguard at the time of the incident, whereas the other guests also did not know how to swim. The siblings, on their end, may not be professionally experienced nor trained to deal with such situations, but they take pride in the fact that they know how to swim.

“I trust my swimming, I’ve been swimming from a small age,” Alefiyah shared. “I couldn’t just leave him there, knowing I could swim. I did what I had to, I wasn’t really scared.” Cody Cepeda/JB