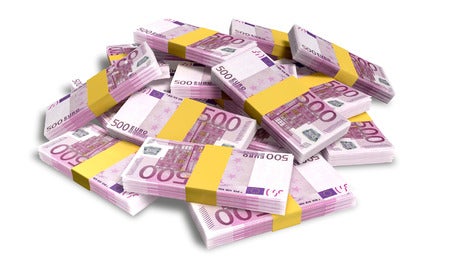 BUCHAREST, Romania (AP) — A Romanian man was surprised to find 95,000 euros ($107,000 or P5.6 million) stashed inside a secondhand cupboard he’d bought — and promptly returned the money.

Adela Stanici told The Associated Press Tuesday that her husband, a construction worker, had recently bought the cupboard from a popular online site. Days later, as she was making dinner, husband Samuel yelled: “Come and see what I’ve found,” a metal box in the cupboard stuffed with 500-euro notes.

She said the pair counted the money together: “We were shocked. We couldn’t sleep all night.”

“We thought it might be a trap, a setup, and we knew we had to get the money back to where it came from,” the mother of four said by telephone.

The husband traveled from their home, in the western village of Bichigi, to the city where the owner lived. The man revealed the cupboard had belonged to his recently deceased father.

Stanici said the man, who requested anonymity, “had no idea” about the money.

He traveled to their village without knowing how much money there was. “When he saw (it), he couldn’t believe it.”

She said he rewarded them for their honesty, without saying how much he gave them. NVG