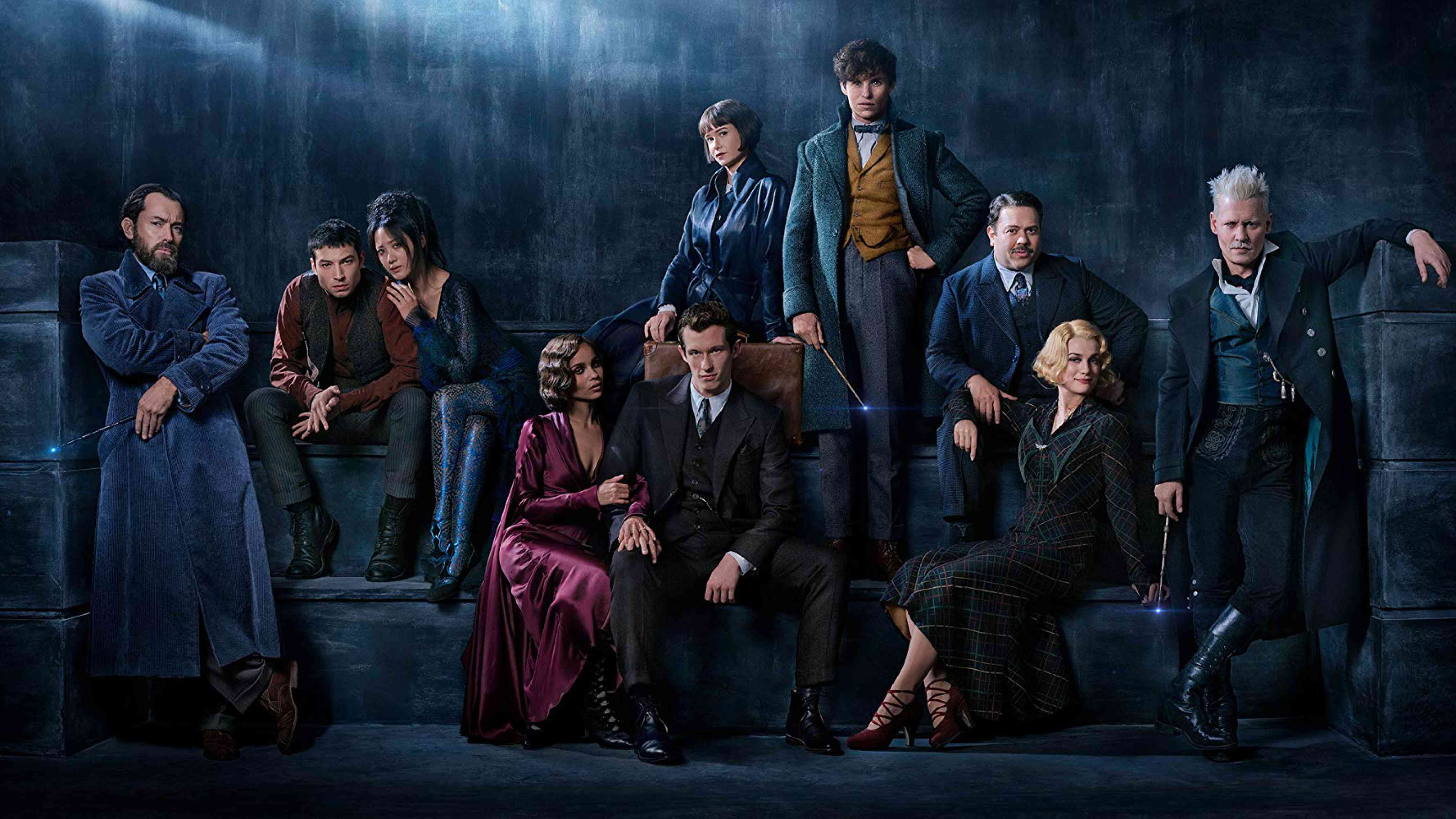 The fantastic twists of ‘Grindelwald’

How do you make a movie set in Harry Potter’s universe without Harry Potter? This was the formidable challenge faced by 2016’s “Fantastic Beasts and Where to Find Them,” the first movie set in J.K. Rowling’s Wizarding World franchise after 2011’s “Harry Potter and the Deathly Hallows—Part 2.”

It was also the first one not to be based on a novel. It was ostensibly based on a Rowling book, but that book, the 2001 for-charity release of the same title, was ostensibly an encyclopedia of magical creatures for use at the Hogwarts School of Witchcraft and Wizardry—it didn’t have a narrative of any sort.

“Fantastic Beasts” was Rowling’s first turn as screenwriter and she assembled a plot using the book’s fictional author, the magizoologist Newt Scamander, played by Eddie Redmayne, as he went on a trip to recapture escaped magical creatures in 1926 America. But there are other forces at work here, and by the end of the movie, the American magic-users have captured the notorious criminal Gellert Grindelwald (Johnny Depp).

Buzzing with the promise of world-building beyond the boundaries of Hogwarts, “Fantastic Beasts” veered deliberately away from the Harry Potter mythology, was full of moving parts and felt just this side of overstuffed. As the introductory first of five films in the franchise, “Fantastic Beasts” had a lot of explaining to do. It felt good but perhaps was just not magical enough for Potterheads.

This has been rectified.

Rowling and director David Yates return with “Fantastic Beasts: The Crime of Grindelwald,” and the second film is superior to the first in every way.

After the events of the first film, Grindelwald escapes the American magicians and sets about gathering followers for his dark crusade of having magicians rule over Muggles. The Hogwarts Defence Against the Dark Arts teacher, Albus Dumbledore (Jude Law) recruits Scamander to fight against Grindelwald by finding the powerful Obscurial, Credence Barebone (Ezra Miller) in Paris. Scamander is joined by his friend Jacob Kowalski (Dan Fogler) and the auror Tina Goldstein (Katherine Waterston). Scamander must deal with his brother, the auror Theseus Scamander (Callum Turner) and the enigmatic Leta Lestrange (Zoe Kravitz). Jacob must chase after Tina’s sister Queenie (Alison Sudol).

Why is “Crimes” so good?

First, this is the definitive “continuation” of the “Harry Potter” continuity. After helping provide the story for the stage play “Harry Potter and the Cursed Child,” Rowling made it clear she wasn’t going to be writing about Harry anymore. Indeed, that play is essentially the end—and the most advanced part, chronologically speaking—of the “Harry Potter” timeline.

What Rowling is still writing are the screenplays for the five “Fantastic Beasts” movie. That is the continuity she is still exploring, reverse-engineering the timeline.

When “Fantastic Beasts and How to Find Them” first came out, Potterheads were lukewarm in embracing the film because it seemed so tangentially related to everything they recognized from the first eight “Harry Potter” films.

That has changed. Rowling has clearly decided to go whole Hogsmeade into integrating “Crimes” into the timeline that the film truly feels like a prequel in every way. She is now filling in all the many gaps in the story prior to “Harry Potter and the Sorcerer’s Stone.”

There is a scene early in the movie where viewers will gasp because the screen is suddenly filled with the familiar setting of the Hogwarts School of Witchcraft and Wizardry as bits of John Williams’ Hogwarts theme play.

This is the story that Rowling is telling. “Crimes” is the tip of the Wizarding World wand. Potterheads need to pay attention now.

Additionally, Rowling and the producers have made adjustments due to the fallout from the first film. While theoretically interesting, the first film’s American setting with its “No-Maj” nonsense left fans cold. Now, “Crimes” moves the series firmly back in Europe, with familiar London and scenic France. And—yes!—the word “Muggles” is back in common use.

The filmmakers have even gone and virtually undid two of the most glaring mistakes of the first film. Credence is still alive and Jacob is no longer the victim of the New York-wide Obliviate spell, both important developments that allow “Crimes” to unfold.

The performances are better. Redmayne and Fogler bring back their distinctive presences. For once, Depp is restrained and holds attention as the manipulative, charismatic Grindelwald. Law is utterly believable as the conflicted and reflective Dumbledore. He’s a great fit for a role that is the younger version of the Dumbledore played by Richard Harris and Michael Gambon. But “Crimes” is fortified by the performances of the actors whose characters have or will change. In this aspect, Waterston and Sudol stand out. Even in a relatively small role, Claudia Kim does a lot as the Maledictus-stricken Nagini.

“Crimes” is a sleeker, much more cohesive film. Yates seemed to have gotten a better feel for what they’re trying to do. The production work (notably the production design by Stuart Craig and the costumes by Colleen Atwood) feel more solid. The score by James Newton Howard haunts and booms. The two hours and 14 minutes of “Crimes” goes by like a Nimbus 2000. Starting with the thrilling Thestral escape scene over New York to the final showdown in Paris, “Crimes” zips along.

There are still new magical creatures here but that aspect has been tamped down. It’s darker and more violent. But the best part of the film is the twists. Its final act, with all its revelations, changes everything. “Crimes” is about the two faces of relationships: loyalty and betrayal. It challenges what viewers know about the characters as Scamander is forced to do something he hated—take a stand. What some of the others do will shock in the end, as alliances completely unexpected emerge.

In fact, “Crimes” may suffer from one twist too many as the last act overflows with secrets being revealed that clearly have implications for the coming films but right now overwhelm with just how much important details are given. “Crimes” thrills and then ends very abruptly with what is essentially a cliffhanger to be followed by the yet untitled third film in 2020.  Obsessed Potterheads will get headaches poring over all the minutiae that ties into the “Harry Potter” films’ back story. And we still have three more films to go.

For anyone who had doubts about the future of the Wizarding World film franchise after being fascinated but were underwhelmed by “Fantastic Beasts and Where to Find Them,” prepare to be assured and entertained by “Fantastic Beasts: The Crimes of Grindelwald.” Harry Potter may not be here—but there is so much to be discovered.

Warner Bros.’ “Fantastic Beasts: The Crimes of Grindelwald” is now showing in cinemas.