'Picasso' found under tree in Romania appears to be hoax | ❮ ❯ 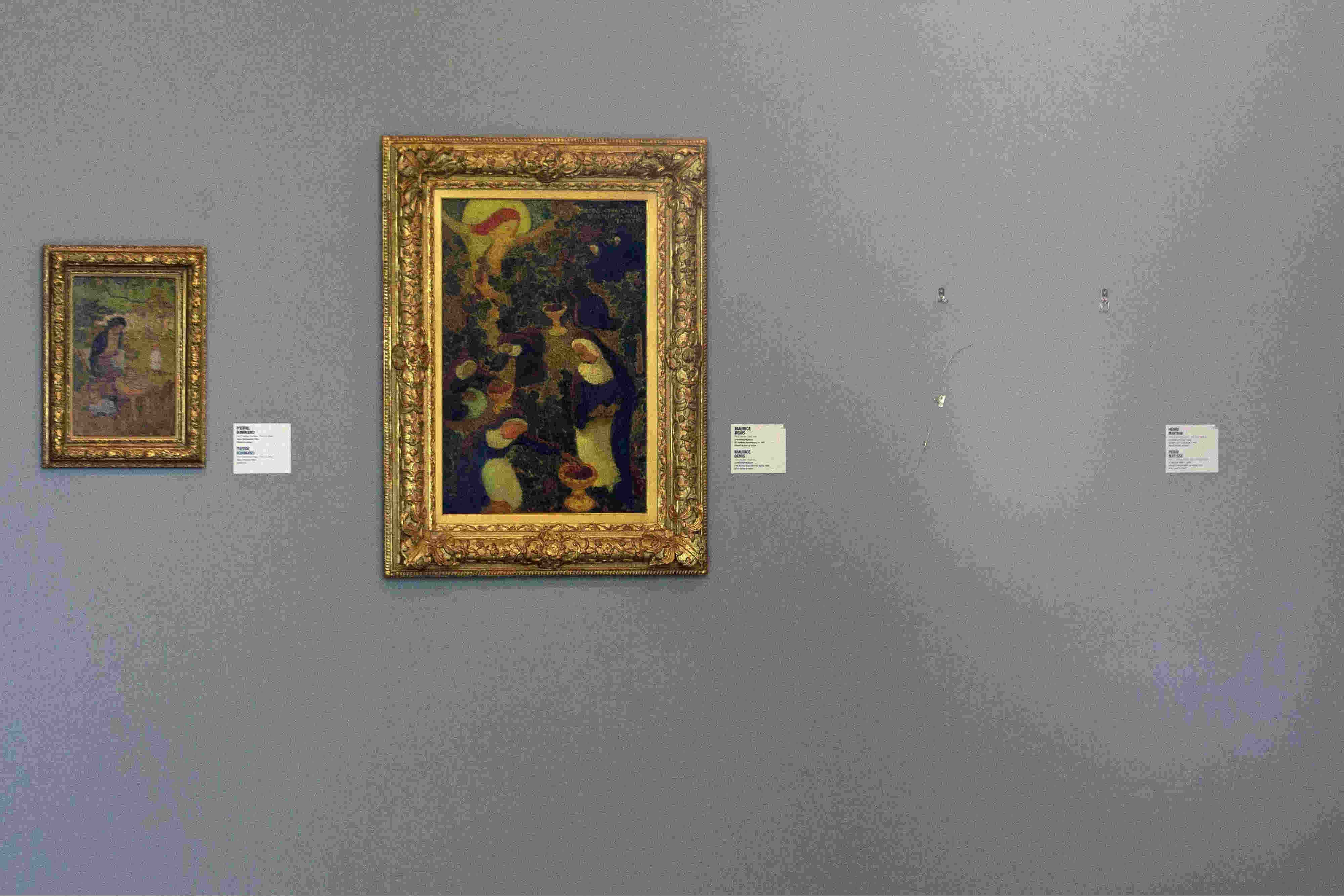 FILE - In this Tuesday, Oct. 16, 2012 file photo, the empty space where Henri Matisse' painting "La Liseuse en Blanc et Jaune" was hanging, right, is seen next to a painting by Maurice Denis, center, and Pierre Bonnard, left, at Kunsthal museum in Rotterdam, Netherlands. Romanian prosecutors are investigating if a painting by Pablo Picasso taken from a museum in the Netherlands six years ago has turned up in Romania it was reported on Sunday, Nov. 18, 2018. Four Romanians were convicted of stealing Picasso's "Tete d'Arlequin" and six other valuable paintings from the Kunsthal gallery. (AP Photo/Peter Dejong, File)

‘Picasso’ found under tree in Romania appears to be hoax

BUCHAREST, Romania — A Romanian novelist who thought she had found a painting by Pablo Picasso stolen from a museum in the Netherlands six years ago seems to have been the victim of a prank.

Mira Feticu said an anonymous tip led her to the picture — supposedly Picasso’s Tete d’Arlequin — under a tree in eastern Romania, and she handed it to the Dutch embassy.

Frank Westerman, a Dutch journalist who accompanied Feticu to Romania, wrote on Facebook that the pair had been hoodwinked: “The supposed lost Picasso was put there by two Belgian theater makers.”

Romania’s Directorate for the Investigation of Organized Crime and Terrorism said Sunday it was examining the circumstances of the discovery. On Monday, it declined to comment further.

Romania’s National History Museum curator Ernest Oberlander-Tarnoveanu told The Associated Press that “(even) if it is a forgery it needs to be scientifically dismantled.”

Four Romanians and six others were convicted in the 2012 heist of the painting from the Kunsthal gallery in Rotterdam.

One of them, Olga Dogaru, told investigators she burned the paintings in her stove to protect her son, the alleged ringleader. She later retracted the statement. /kga