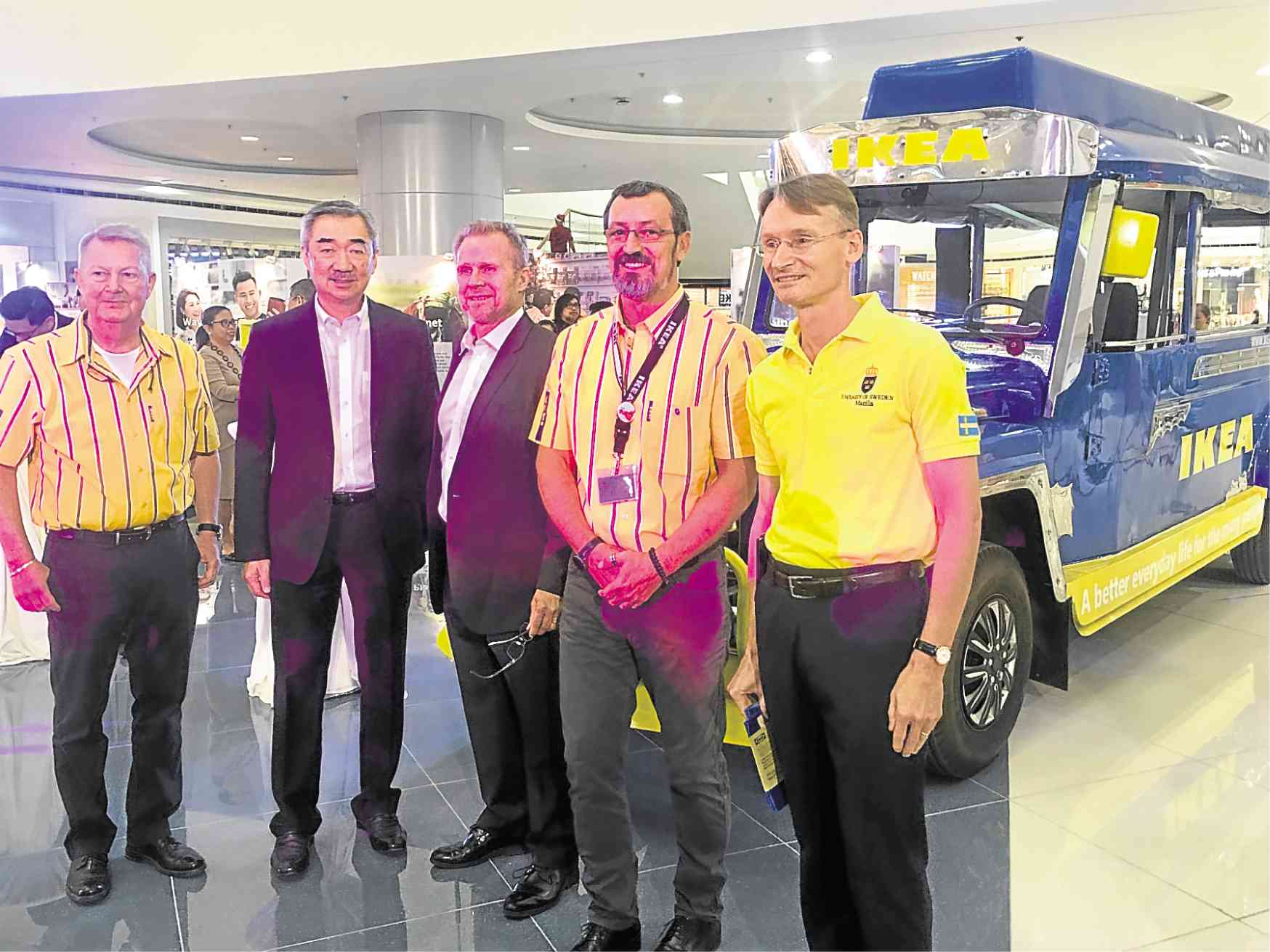 The world’s biggest Ikea store—equivalent to the size of 150 basketball courts—will open by end of 2020 at the SM Mall of Asia Complex in Pasay City.

Ikea Southeast Asia made the announcement Nov. 20 at a press conference at SM Mall of Asia.

anticipated entry into the country.

Construction for the 65,000-sq-m store is underway in a vast lot between SM MOA Arena and SMX Convention Center, owned by SM Prime Holdings Inc.

Ikea Philippines is owned by a franchisee, Ikea Southeast Asia (Ikano Group), which also operates the Ikea stores in Malaysia, Singapore and Thailand.

“We’re not trying to be the fastest but the best, that’s why it took a long time,” said Christian Rojkjaer, Ikea Southeast Asia managing director. They chose the MOA Complex location to make it accessible to more Filipinos, he said.

“It has been a dream for us to come here… Everybody is making things smaller and smaller. What we did was build the biggest. I don’t think anybody will build a larger store than what we’re building here,” Rojkjaer said.

Georg Platzer, Ikea SEA market development manager and future general manager of the first Ikea Philippines store, headed the “secret” eight-member team that set up an office in Makati two-and-a-half years ago, to study the market.

Platzer said they found that 13 percent of Filipinos—or about 14 million people—are already familiar with the Ikea brand. “I haven’t seen more excitement in any market where we’ve opened than here,” he said.

Ikea’s opening here is a “fantastic sign of confidence in the Philippine economy,” Sweden Ambassador to the Philippines Harald Fries told Lifestyle.

“It means a lot for the relationship of our two countries. Ikea is one of the few brands that people connect with Sweden, and it helps build the image of Sweden (abroad),” Fries said.

Ikea (pronounced ee-kay-uh) is expected to hire 500 personnel for the first local store (via a mass recruitment fair).

It will carry 9,000 products at any given time, according to Rojkjaer, and the large warehouse they’re building will ensure products will always be in stock.

Ikea is known globally for well-designed and low-priced furniture and home accessories. The brand, founded in 1943 in southern Sweden, is governed by five dictums, said Platzer: form, function, quality, sustainability and low price.

Ikea has studied not just the way Filipinos live but also the way they shop, which is usually as a group, Platzer added. Thus, the Ikea store will be designed to cater to such: It will have a 1,000-seater restaurant, and it will have a Småland, a children’s play area.

“It’s not easy to find a partner,” said Rojkjaer of Ikea’s long-term lease agreement with SM Prime. Ikea shares the same commercial and cultural values as SM, he added.

While Filipinos still have to wait two more years before the opening, they can now visit Ikea’s pre-opening website (not an online store), www.ikea.ph, for home-style inspirations.