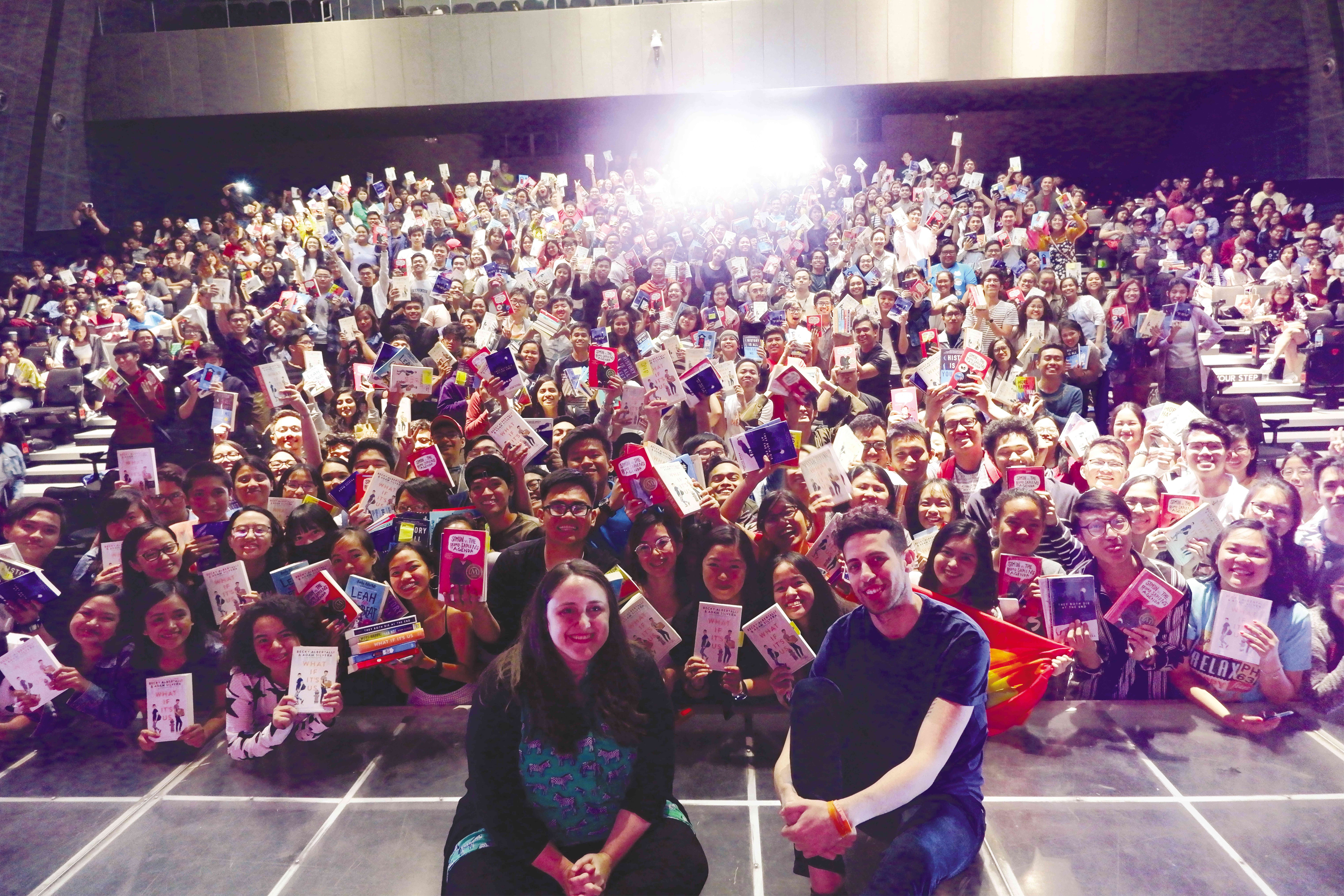 Becky Albertalli and Adam Silvera on collaborating, friendship and connecting with their readers

It was when Becky Albertalli made eye contact with a cute guy that gave Adam Silvera an idea: “How cool would it be to have a book version of this?”

Now both best-selling authors of their own right, Albertalli and Silvera recently released their first collaborative work, “What If It’s Us.” In an interview with Super during their book signing tour with National Book Store at SM Aura Premier, Bonifacio Global City, on Nov. 11, the two talked about how the novel came to be.

The story of “What If It’s Us” follows two young men, Arthur and Ben, who “meet-cute” (future romantic couple meets for the first time) in a New York post office. Arthur believes in love at first sight, but Ben’s not sure he believes in love at all.

“Becky and I have the same literary agent who sold our respective debut novels in December 2013. We were excited [about] each other’s books and thought of exchanging copies and collaborating in the future,” Silvera, author of “More Happy Than Not” and “They Both Die in The End” said.

They wanted to take their project to the next level and he said he thought of this story Albertalli kept telling him.

“Becky made eye contact with this guy and later on tried to find [him], even online, and I was so excited about that possibility of what happens if you had this sort of interaction with another person. So I pitched it,” he said.

Albertalli, author of the best-selling young adult novel “Simon vs. Homo Sapiens Agenda,” which was adapted to a feature film, said she was instantly on board with the idea. She and Silvera worked for the next couple of years writing the book.

“This book has always been a part of our friendship from the early planning stages, and it just happened so early on that you know, we have become in sync and we now always pee at the same time,” she quipped.

As for the writing process, Silvera said they already had an outline in mind on what to work on.

Both authors tackle homosexuality in their books and Albertalli and Silvera are  grateful that their work has reached many readers.

“The readers are really receptive to it because they are feeling seen, which is incredible. There are a lot of people who didn’t have tons of options [in books] while growing up, myself included,” Silvera said.

There were readers who would approach them and come out to them, sometimes making them the first people to know about their identity.

Albertalli, however, said there was no agenda-setting in their books.

“We never try to inject a message in our books. It’s about the story and the characters… to try to tell the story that needs to be told,” she said.

After the book tour, Albertalli and Silvera will be taking a break and will be finishing their own novels both scheduled to be released in 2020.

“What If It’s Us” and all of their other books are available from National Book Store and online at nationalbookstore.com.