The Luna telegram: Not so ‘deadly’ after all | Lifestyle.INQ ❮ ❯ 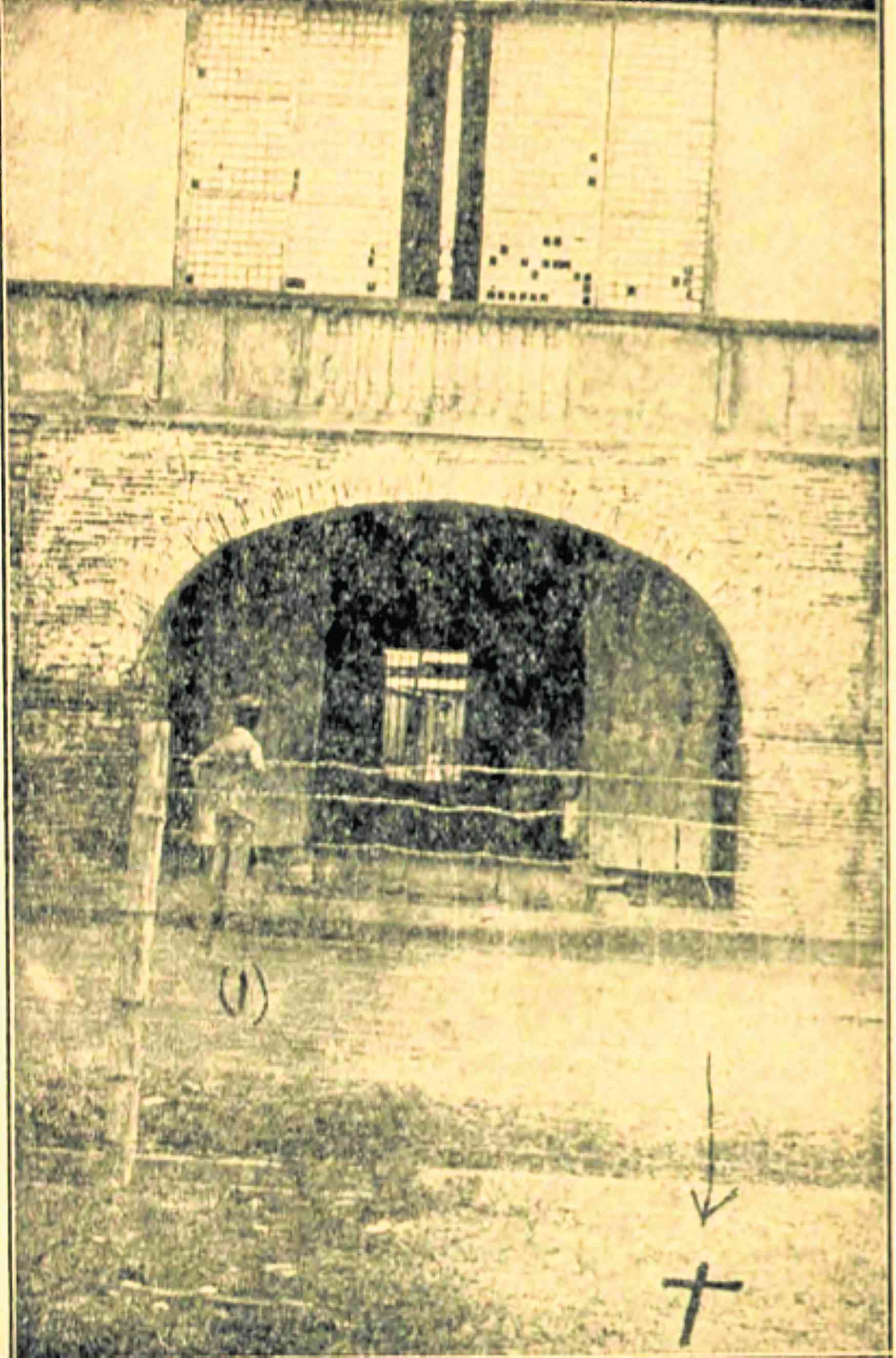 The cross marks the spot in the courtyard of the Cabanatuan “convento” where Luna expired cursing his assassins.

The Luna telegram: Not so ‘deadly’ after all

“Heneral Luna,” the surprise box-office hit of 2015, now streaming on Netflix, was all it took to draw crowds of young people into the León Gallery auction preview early this week.

Unfazed by the paintings with seven-figure price tags on the walls, they came to peer into a vitrine at the piece of paper, top-billed as “Lot 122. The Extremely Historically Important Hen. Luna Telegram from Emilio Aguinaldo summoning him to his death.”

With an opening bid of P500,000, so powerful was the attraction of this “deadly” telegram that it overshadowed the more important historical documents involving Andres Bonifacio: the Acta de Tejeros and the Acta de Naik. The two were election protests that sealed Bonifacio’s death in the Maragondon mountain range in Cavite on May 10, 1897.

How deadly, indeed, was the Aguinaldo-Luna telegram?

Textbook history records the assassination of Gen. Antonio Luna by Emilio Aguinaldo’s Kawit bodyguards on June 5, 1899 as a setback in the Philippine-American War. While Aguinaldo and Luna had the same aim of freedom of the Philippines from foreign rule, they did not agree on methods.

Add to this mix, a portion of political intrigue, a pinch of naked ambition, a dash of greed, and stir in lust for power, to concoct a lethal cocktail, with Luna as garnish.

Our ill-fated general, like an olive impaled on a toothpick, swimming in a dry martini, “shaken, not stirred” preferred by James Bond.

Summoned by telegram to Aguinaldo’s Cabanatuan headquarters early in June 1899, Luna appeared at the doorstep, only to be told that the President was away on more important business.

From impatience, Luna’s rage grew as he found in the convent house, aside from Aguinaldo’s mother, Felipe Buencamino, whom he had ordered arrested for treason.

To make matters worse, Aguinaldo’s Kawit bodyguards, whom he had cursed and disarmed for insubordination, were right at home in Cabanatuan.

Luna’s famous temper flared, and the bodyguards, who far outnumbered Luna’s men, reacted in self-defense—not by disabling or restraining the general, but by killing him and his aide, Paco Roman. He suffered multiple knife and bullet wounds.

Despite his injuries, many of which would have proved instantly fatal to a lesser man, Luna managed to leave the convent house, fending off knives, bolos, and bullets before expiring in the courtyard cursing his assassins.

Buencamino watched silently from a window, when Aguinaldo’s mother shouted at the soldiers, asking: “Nagalaw pa ba iyan?” (Is he still alive?)

Buencamino then ordered the soldiers to search Luna’s corpse and the telegram that summoned him to Cabanatuan was found in one of the pockets.

The telegram and a draft of a letter to Luna’s mother were turned over to Buencamino who destroyed them.

So, the “deadly” telegram is lost to history, destroyed by the person(s) who sent it, to cover their tracks.

Now León Gallery heralds the appearance of the holy grail of a telegram. Or so we thought.

An English translation of the coded telegram is printed in the auction catalog as: “Paging for an important meeting, therefore you are ordered to come here immediately. Waiting for a reply to my previous telegram about urgent matters to discuss. It is really an emergency.”

No authority is presented for the translation of the message as well as what appeared to be Luna’s reply at the bottom of the message: “Felipe Buencamino not yet detained based on my accusation.”

Online reaction to the auction house press release was mixed, with a noisy few advancing their “expert opinion” that the telegram is a forgery.

Most hilarious was a newspaper columnist who established her credentials as transcriber of Aguinaldo’s unpublished handwritten notes—only to expose her ignorance by calling for forensic examination to determine the telegram’s authenticity. How could it be, she asks, if it is not in Aguinaldo’s handwriting?

She could be the only person in the universe who does not know that telegrams are never in the hand of the sender.

Jim Richardson, historian of the revolutionary period, spoiled everyone’s fun by posting photos of the pertinent page from the telegraph operator’s message log book, taken from a microfilm of the Philippine Insurgent Records.

The same message sent to Luna on June 5 is found both on the telegram and the logbook, proving, beyond reasonable doubt, that the telegram is authentic.

But seeing things, sans auction hype, reveals it is not as deadly as it is supposed to be.

Partly in code, the transcribed message is as follows:

The decoded words in parenthesis match Luna’s scrawl at the bottom of the message perfectly except for one letter crossed out in “acusacion.”

Luna did not write a reply to the telegram. He decoded the message himself. A translation from the original Spanish reads:

“Felipe Buencamino is detained without ordering the formation of the case. I am waiting your reply to my previous telegram where I request the basis for your accusation.”

The “deadly” telegram is not as deadly as it is said to be, nor is it the “smoking gun” historians have been looking for all this time.

However, the telegram opens us to review the events of June 5, 1899 and speculate on a different turn of events.

Luna received a telegram seeking an urgent reply regarding the basis for further detention of Buencamino. Angered that Buencamino was not behind bars as he had ordered, Luna decided not to reply in writing but to prosecute the matter himself with a direct appeal to Aguinaldo.

When he arrived in Cabanatuan, he saw Buencamino and the Kawit bodyguards roaming the headquarters freely, so he threatened to return with his soldiers and effect the arrests himself.

He was assassinated before he could make good his threat.

While purely speculative, this scenario makes more sense than the self-defense “nanlaban” excuse provided by the murderers.

Aguinaldo was not in Cabantuan when this bloody part of history unfolded, and if there is anything he is to be blamed for, it is that he did not pursue an impartial investigation leading to the identification and punishment of the guilty.

The telegram is “deadly” because it forces us to seek new answers to old questions.

One reader, lecturing me on the anti-Aguinaldo bias in my writing, asked why I sometimes change my stand from that made in the articles I had written.

Well, John Maynard Keynes did not take the bait in a similar situation and is supposed to have replied: “When the facts change, I change my mind. What do you do, sir?”