Dad chooses: Surgery to save wife or C-section to save baby ❮ ❯ 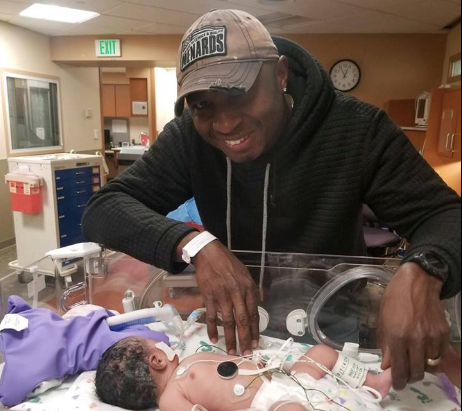 Doctors make man choose: Surgery to save wife or C-section to save baby

A man in Colorado, United States recently went through great sorrow and joy in one day, as he welcomed a baby girl but lost his wife from childbirth.

Frederick Connie said his wife, Keyvonne, began bleeding at their home in Littleton on Friday morning, Nov. 30. Connie said her due date was not until the middle of January next year, local media Fox Denver 31 reported.

He then rushed her to the local hospital, where doctors said he had a hard decision to make: either they have a surgery first to save his wife’s life, or have an emergency caesarean section to save the child, but may risk losing Keyvonne.

The woman made it through the emergency birth, and was able to see photos of her newborn daughter. But hours after giving birth, Keyvonne’s health rapidly declined.

“Literally all of her insides just went all over the bed and the floor,” Connie said. “They tried to save her, and her heart couldn’t take it. She died before they could even get her to the surgery.”

In honor of his late wife, Connie named their daughter, Angelic Keyvonne, and nicknamed “little Pooder.” “She’s going to know her mom. I’ll make sure of that,” he said.

However, Pooder has her own struggle — she is currently battling health issues, and is expected to spend weeks in the hospital. Once the baby is released from the hospital, Connie said he plans on burying his wife next.

“I’m financially not OK. This debt is like piling up and I have to bury my wife, my daughter coming into the world, it’s so high right now,” he said. Connie also said in the report that he would even sell everything he has, and sleep in his car just so he could care for his daughter.

To help settle the debts, Connie’s boss Justin Collins set up a fundraiser on Facebook. The effort has raised $3,115 (around P164,000), as of writing.

Although he lost Keyvonne, Connie said he is glad with the decision he made. “[B]ecause in the end if Keyvonne probably could have survived, she would have hated me for the rest of my life because I knew how she felt about kids,” he said. Katrina Hallare/JB