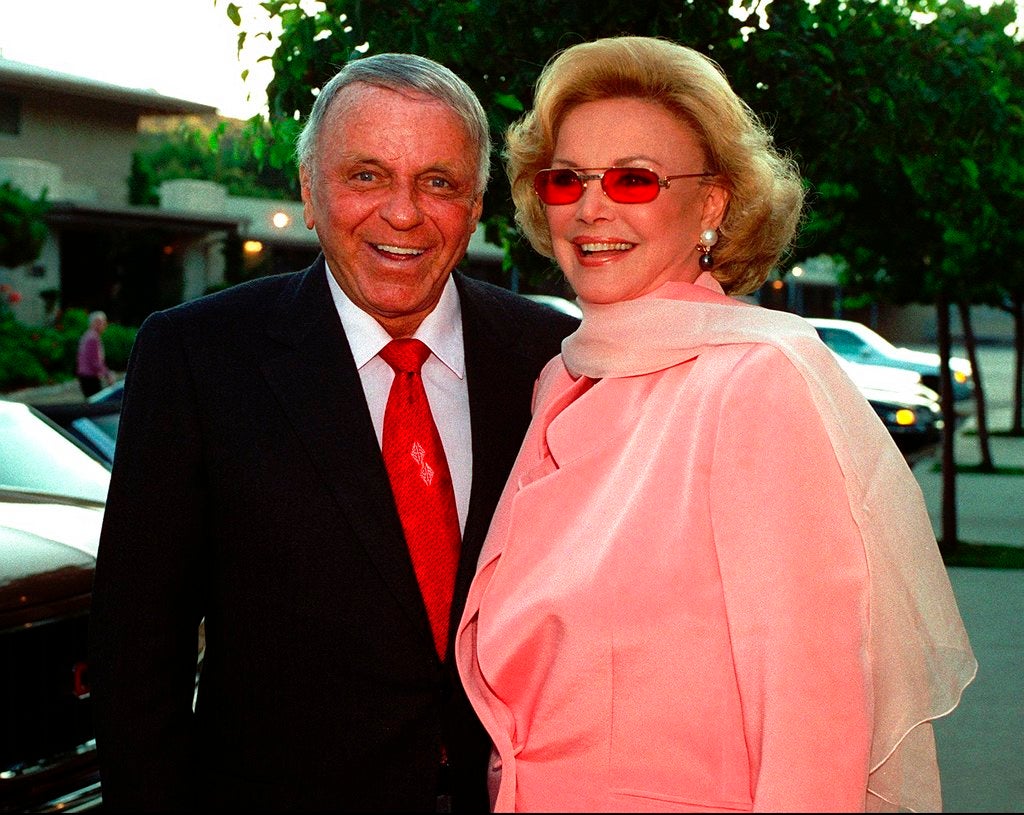 FILE - In this July 11, 1996, file photo, Frank Sinatra, left, and his wife Barbara arrive at Our Lady of Malibu church to renew their wedding vows on their 20th wedding anniversary in Malibu, Calif. The private treasures of the Sinatras were a multimillion-dollar hit at auction. Sotheby’s reported Friday, Dec. 7, 2018, that the couple’s entertainment memorabilia, art, jewelry, books and other personal items sold for $9.2 million, about twice their pre-sale estimates. (AP Photo/Mark J. Terrill, File)

NEW YORK — The private treasures of Frank Sinatra and his wife, Barbara, were a multimillion-dollar hit at auction.

Sotheby’s reported Friday that the couple’s entertainment memorabilia, art, jewelry, books and other personal items sold for $9.2 million (around P485.2 million) — about twice their pre-sale estimates.

And a Jewish skullcap with Frank’s name embroidered on it shot past a high estimate of $500, selling for more than $9,000.

Some of the proceeds will benefit the Barbara Sinatra Children’s Center in Rancho Mirage, California, which counsels victims of physical, sexual and emotional abuse. MKH