I made it to the ER just in time | Inquirer Lifestyle ❮ ❯ 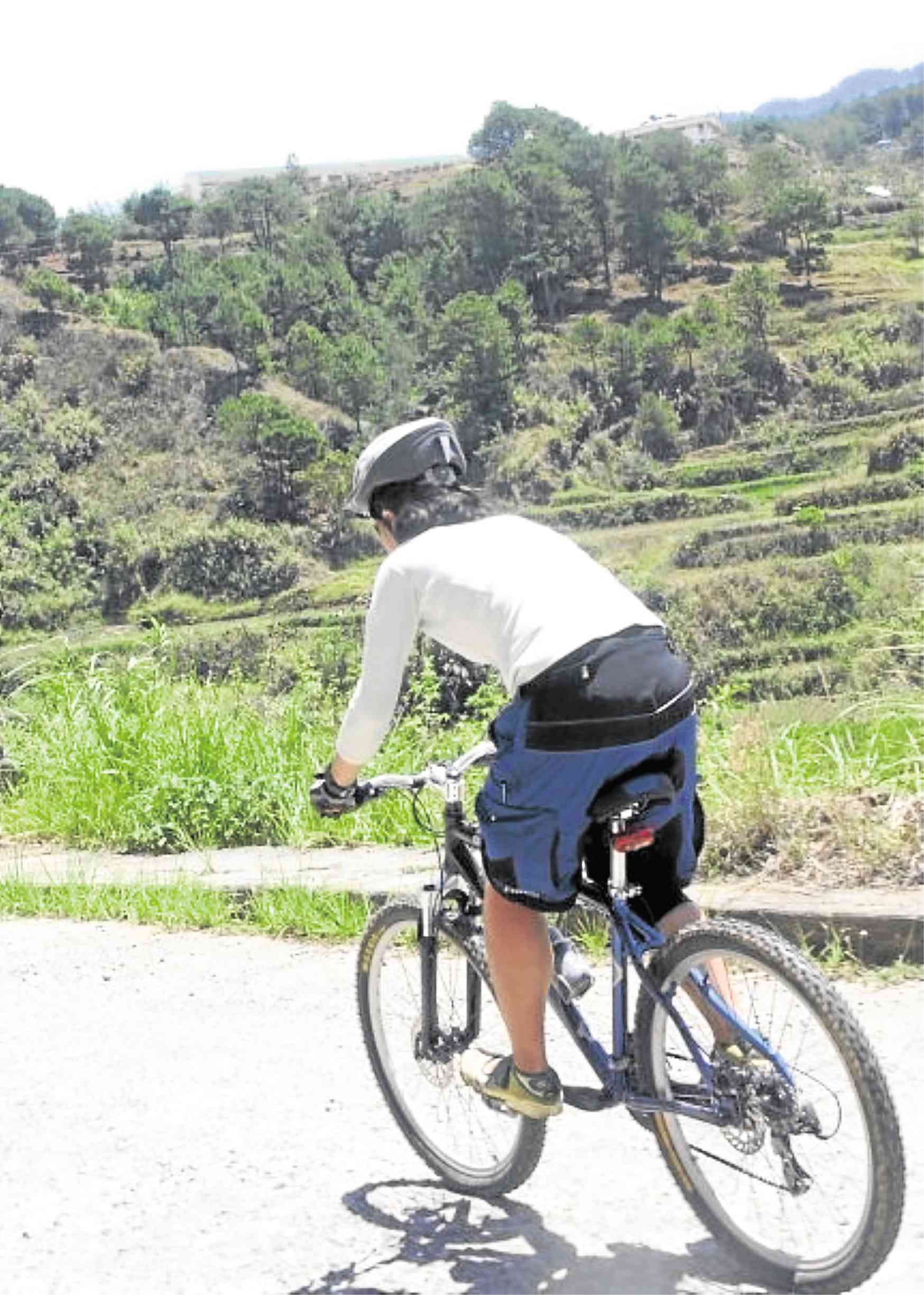 Biking from Baguio to Sagada with coworkers, the author was the only woman in the group to finish the tour.

I made it to the ER just in time

I could have died last July 18. Instead, here I am, almost unscathed.

I was at work that evening when I had a stroke. But, unlike most people, I recognized its symptoms right away and knew I had to be in the emergency room immediately. Time is brain, they say—once a stroke begins you lose about 2 million brain cells every minute.

That evening I felt exhausted for no apparent reason. I willed myself to walk home, where I could lie down and sleep, but feared I might pass out on the way. I knew something was amiss.

Unfortunately for me, I was too disoriented to even get a ride to the ER. Suddenly, texting, an activity that doesn’t require much effort, became a Herculean task. I knew how my phone worked, but my fingers weren’t following my lead. It felt like my fingers had a mind of their own. In that second, I knew I was having a stroke.

I got up from my office desk, took the elevator down to the nurse’s clinic where I could get a medication to lower my blood pressure—I assumed, correctly, that it was high—but when I got there I was too disoriented to know where the clinic was. Luckily I saw the nurse’s blue uniform and called her attention right away.

The nurse called my friend, who took me to the hospital. Within 30 minutes I was in the ER.

It took several more minutes before a team of doctors could do tests on me. They injected me with a drug that was supposed to “fire up the neurons in my brain” and to prevent further damage.

That night, much later after my MRI, as I was drifting in and out of sleep—I was still feeling exhausted—I remember doctors going in and out of my room, trying to talk to a barely responsive me. One doctor specifically forbade me from falling asleep. He took out his penlight, started prying into my eyes, and said rather sternly,  “Ma’am, stay with me.”

Where did he think I was going? But I knew what he meant, so I tried to stay awake as much as I could. And then I fell asleep.

The next morning a team of doctors came to my room again, and cheerily greeted me.

“You are very, very lucky. You got to the ER in time, and you are responsive to the medications,” one doctor said.

After five days in the hospital, I was discharged, with strict instructions to stay away from stressful situations, to adhere to my medications, and to maintain a low-salt, low-fat diet. The probability of a second, potentially fatal stroke is high in the first few months of the first brain attack.

I’m usually good at following instructions. Medication adherence was no problem, I thought, but a low-salt diet? The future looked bleak.

Save for a few vices, I have generally lived a healthy lifestyle. My first time to see the insides of a gym was in college. After college, I started hitting the gym regularly, combining cardio and weights. This went on until I started working.

But the past 11 years I have been neglectful of my health, becoming unmindful of my food portions, quitting the gym and packing on pounds each year. I’ve tried several times to get back on track but often got derailed. And each time I failed, I regained weight.

But the day I stopped counting calories and focused on a low-salt diet was the day I started losing weight. I’ve dropped more than 45 pounds so far.

I’m lucky I live with someone who has a healthy dose of imagination in the kitchen, someone who knows how to substitute salt with herbs and spices. My food is never boring.

I realized that fear is a powerful motivator—the fear of getting a second stroke. Now I’m back in the gym doing moderate exercises. I summoned the grit and determination I once had—back to when I biked my way from Baguio to Sagada—and began my journey toward healing.