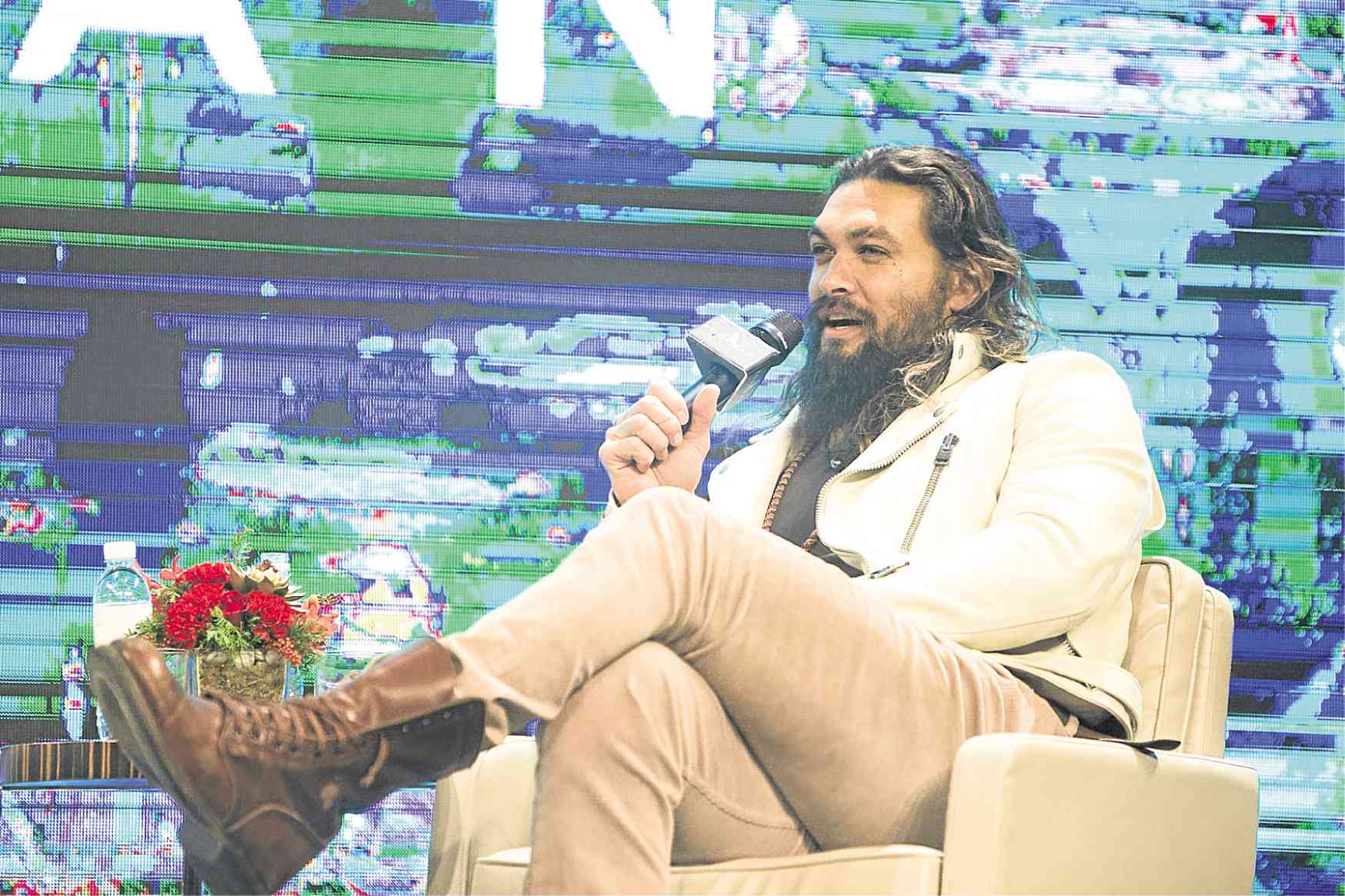 Jason Momoa on doing stunts: ‘I love that kind of stuff’

Jason Momoa is a man of few words.

Here’s proof: We managed to ask him 15 questions in five minutes. Fifteen!

Sometimes, the actor formerly known as Khal Drogo (“Game of Thrones”) and now the world’s Aquaman, doesn’t even use words. Like when he made the “rock on” gesture with both hands when we asked him how his “Saturday Night Live” hosting went. Eventually, he spoke. “It was hands-down the most challenging thing I’ve ever done in my career.”

That’s big, considering the physically demanding work he did on “Aquaman.” But, he said, “I love that kind of stuff. Stunts aren’t really the hard part. It’s more the endurance, the hours, how long it takes.”

We had to ask: Who does he think will win in a fight between Khal Drogo and Aquaman? “Aquaman. No doubt,” he said.

He talked about having James Wan as a director (“Awesome!” he said) and having Nicole Kidman play his mom Queen Atlanna. “It’s pretty amazing. She’s a very profound artist and she really upped my game and I’m very thankful,” he said.

How does he relax after long days on set? “I rock climb or be with my babies, play music, work out. I have a lot of friends who are on set. I don’t travel well by myself so I like to bring people who I love who are gonna inspire me and have fun and do stuff. If I’m by myself, I’m too… it’s not a good thing.”

Asked how his two kids feel about their dad being Aquaman, he said, “They think it’s okay. They’re not blown away. They’re handling it just the way I would want them to handle it.”

We were curious: Does Jason, whose signature scruffy look makes women all over the world swoon, have any grooming tips he’d like to share with other men? “Uh, I got no tips, man… Don’t wash it too much?”

While he doesn’t do anything special to take care of his hair, he does have a favorite accessory that not all guys can pull off. “The infamous pink scrunchie?” he asked, turning his head to show us. “This hairdresser from Vancouver, she has a beautiful style, very unique, and she bought me one. She knew I like pink. She bought it for me as a gift and I thought it was very beautiful. It’s a nice gift. I just started wearing it ’coz I like it. I like pink. It’s just kind of my thing. I like pink.”