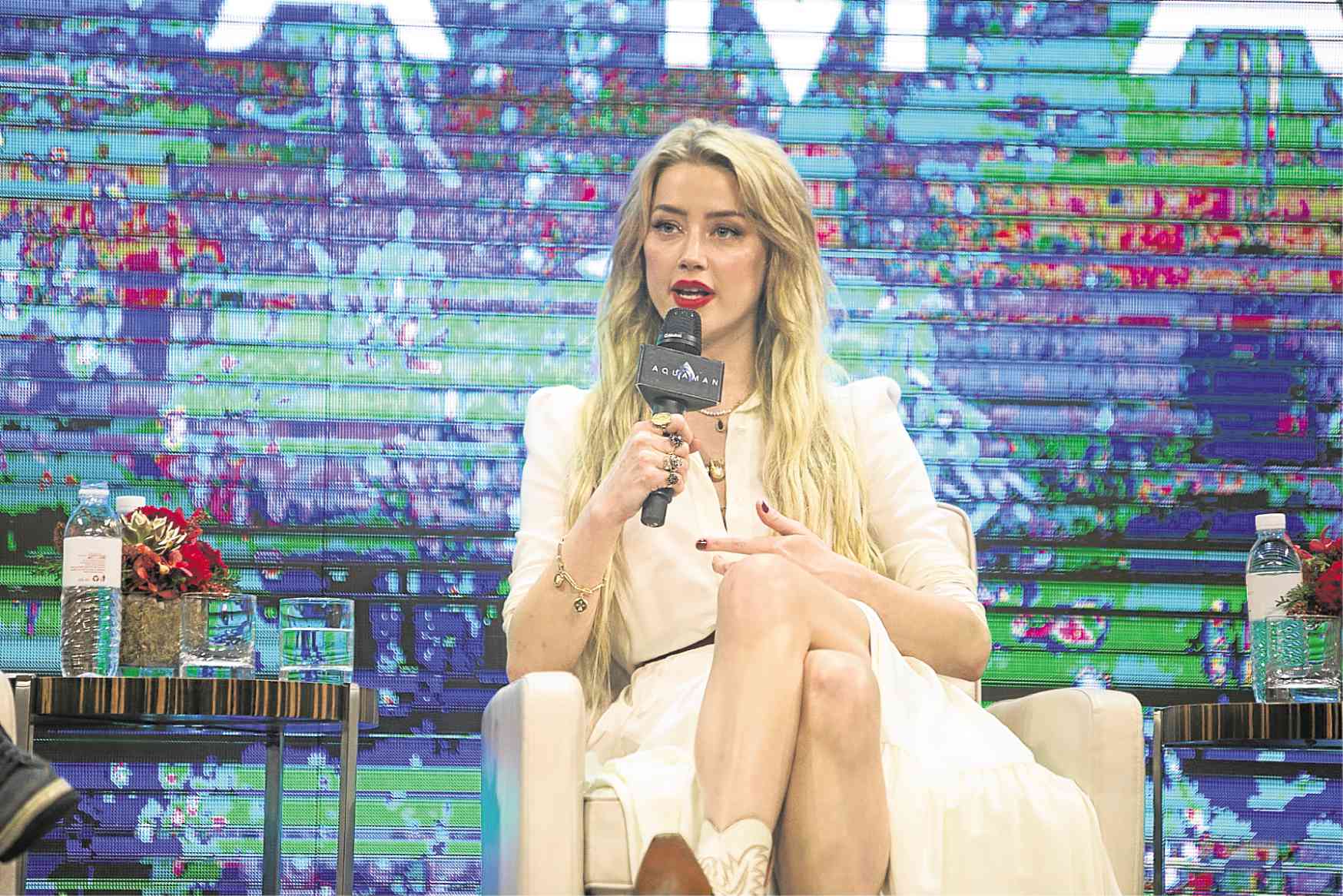 Amber needs to be heard

If you watched Amber Heard’s recent appearances, you would have spotted it—the ubiquitous orange ribbon around her wrist or on her shirt. It’s Amber’s way of showing support for the United Nation’s campaign for the elimination of violence against women.

The orange ribbon was absent when we met her in Manila. Not that she needed it. Her passion for women’s rights is so intense it spills over—in the books she reads, in every tweet, and of course, her choice of roles including Mera, who she plays in “Aquaman.”

“I think I can say that I always play strong characters. Strength is a through line for me. Mera is certainly no exception. She is truly a fierce, motivated, strong, badass warrior who’s very much a superhero in her own right. I love that not only as an actor but as a person. It’s important for me to see more accurate, fuller, better representations of women in this industry and all industries,” she told Super.

It is Mera’s strength—both in the script and in the pages of comic books—that drew Amber in. “We look up to and we like superheroes because they embody and they amplify some of the best and worst of humanity so to not have a presence, not have representation as women, it’s frustrating. To be able to be a part of that change is incredibly exciting.”

To prepare for the role, Amber trained for half a year, five and a half hours a day. She had a strict diet, consulted with a nutritionist once a week, went for regular checkups, and trained in stunts and martial arts. “It’s a very physically demanding role,” she said.

In the film, we see Amber running over rooftops in Sicily in an incredible scene that looks and feels like a video game. It’s one of her favorite scenes to watch. It was also one of the most difficult to shoot. “My character is running and you can’t really look down. But those are terra-cotta tiles, so the ground is uneven and I’m in a boot with a small heel. I’m amazed I’m able to be here, that I didn’t break.”

The part of the world that has seen it has embraced “Aquaman” and this makes Amber happy. “I gave a year of my life to make this film and to see it come out and come to fruition in a way that makes people so excited and thrilled, it’s such a joy.”

She’s especially excited for her nephews to watch the film. “I’m really vying for the position as the coolest aunt. So excited that I got a little head start there.”

Amber has shed Mera’s red hair and skintight suit of scales for now but she’s still a badass.