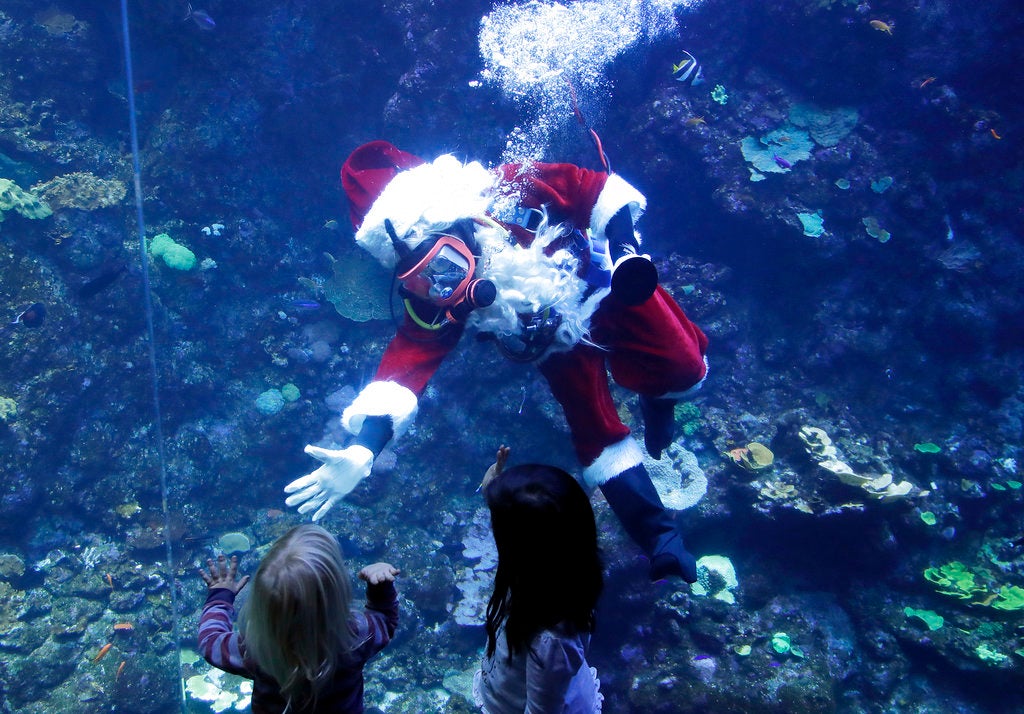 Volunteer diver George Bell, dressed as Santa Claus, waves to children after speaking inside the Philippine Coral Reef tank at The California Academy of Sciences in San Francisco, Thursday, Dec. 13, 2018. The California Academy of Sciences launched its holiday festivities Thursday by having a diver dressed as Santa Claus submerge into a coral reef exhibit while dozens of children watched from behind the glass. (AP Photo/Jeff Chiu)

SAN FRANCISCO — It’s a busy time for Santa Claus, but he’s making time to feed some fish in San Francisco.

The California Academy of Sciences launched its holiday festivities Thursday by having a scuba diver dressed as St. Nick submerge into a coral reef exhibit while dozens of children watched from behind the glass.

The “Scuba Santa” show runs through Christmas Day. It takes place during the morning feed at the Philippine Coral Reef tank at the San Francisco museum.

Volunteer diver George Bell donned his Santa suit, from hat to coal black boots, and scuba gear for a recent feed and fielded visitors’ questions from inside the tank.

The Philippine Coral Reef tank has thousands of reef fish representing about 100 species.

Luis Manzano surrounded by trash while scuba-diving, tells people to be more ‘responsible’