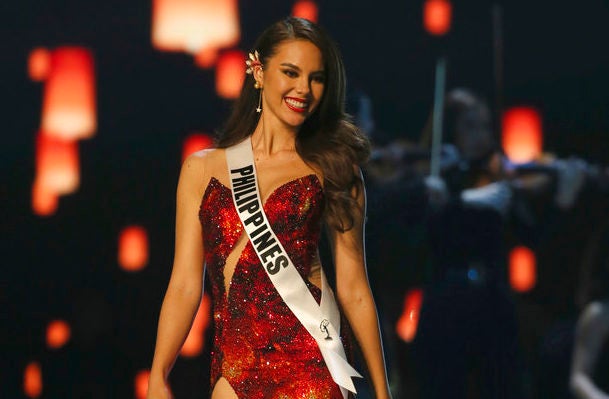 In a Facebook post on Monday, designer Mak Tumang explained the inspiration of the red crystal-embellished gown.

He added: “Folk tales have it that it was named after the mythological heroine ‘Daragang Magayon’ (Beautiful Lady). Despite its pulchritude is the fact that it is the most active volcano in the Philippines erupting numerous times in the past half a millennium.”

Tumang also described how Gray can be considered as the “modern-day Daragang Magayon” because “she embodies the Filipina’s beauty, intelligence and burning passion.”

The designer added: “This lady is definitely on fire! Watch her erupt right before your very eyes and let the lava of grace, goodness and hope flow.”

The 24-year-old beauty queen from Albay was crowned the Miss Universe 2018, besting 93 other candidates from different countries.

Gray is the fourth Filipino to bring home the Miss Universe title, following Pia Wurtzbach in 2015, Margie Moran in 1973, and Gloria Diaz in 1969. /je