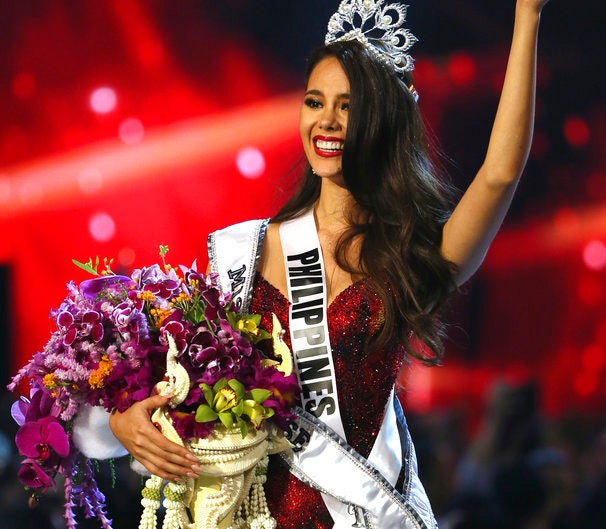 MANILA, Philippines — The pageant may be named Miss Universe, but the gathering of the world’s most beautiful women cut across genders, especially in the Philippines.

After Miss Philippines Catriona Gray was crowned Miss Universe 2018, straight men and women along with members of the queer community alike celebrated her triumph.

As expected, gays and women rejoiced over the announcement — in various video clips posted on Twitter, netizens showed how thrilled they were to have another Miss Universe in just three years.

The new Miss Universe is Miss Philippines Catriona Gray! We are so proud of you Cat! ❤️🇵🇭 #missuniverse #MissPhilippines pic.twitter.com/ZqGsYu9XoP

However, men also showed their appreciation for Gray’s victory.  In a Facebook post from Drahcir Borja, male and female employees of an airline company set up a small viewing party to monitor Gray’s steps to the crown.

Meanwhile, students momentarily stepped outside of their classrooms, screaming and waving Philippine flags after host Steve Harvey announced that Miss Philippines is the next Miss Universe.

And we did. Congratulations, @catrionaelisa! 🇵🇭😭 Our whole school celebrated your victory. #MissUniverse2018 #MissPhilippines pic.twitter.com/zPhK6TlMx0