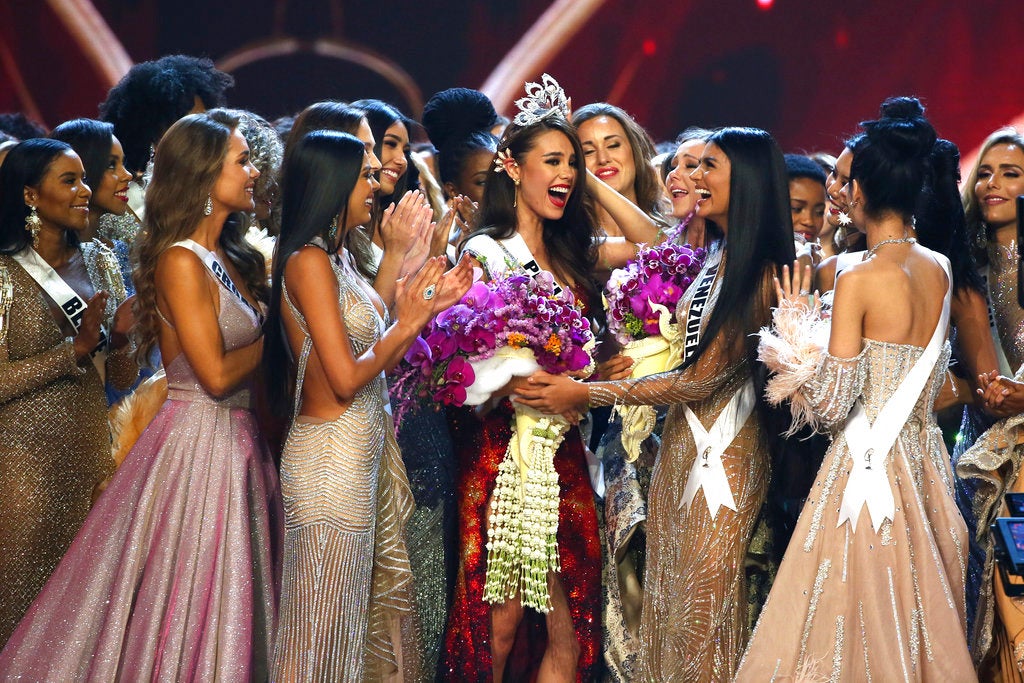 When Catriona Gray sashayed her way to the Miss Universe crown on Monday, she put on full display fabrics and accessories that came straight from dream weavers in the highlands of Mindanao.

Gray wore the sacred T’nalak fabric in parts of her pageant run, including her interviews after the preliminary round.

For her national costume, she also put on T’nalak accessories, including a headpiece, a fashion statement on the diversity of Philippine culture

But she didn’t just wear these materials — which paid homage to a heritage handed down through generations in communities around Lake Sebu in South Cotabato — on a whim.

Together with designer Jearson Demavivas, Gray trekked to the highlands of South Cotabato in July to consult the T’boli women of T’nalak Tau Sebu (TTS) on how to use their fabric and accessories.

Maria Todi, TTS officer in charge and volunteer, told the Inquirer that the Filipino-Australian model followed the group’s strict code of practice.

“We said yes because they listened to us and they are willing to follow our code of practice in using the cloth and any accessories,” she said.

This code of practice, Todi said, details how the sacred fabric should be used, including prohibiting it from being used as a footwear or even be stepped on.

By wearing them, Gray helped shed a light on this indigenous culture, which a few years ago had lost Lang Dulay, master weaver and T’boli princess.

Due respect for culture

The consultation didn’t just bring further awareness, but due respect for a culture made rich by its patterns, colors and history.

“The very act that native T’bolis were consulted, that’s what’s important to us,” Todi said by phone. “For me, being a T’boli, it makes me feel proud.”

Before leaving for the pageant, Gray consulted historians to learn more about the country.

“I want to learn about our culture, not because it is required. But it provides a backbone in representing the history and culture of 100 million Filipinos. I somehow immersed in that,” she told the Inquirer.

“I can’t do this alone. You can’t be on your own. It takes a community of people.”

Gray told the Inquirer that she saw the Miss Universe pageant as a platform for a woman to promote the causes she was passionate about.

“Your advocacy will be heard by the ears of millions around the world. This empowers people. Educate people to see things differently. This is the message that I want to bring to the world,” she said.

Gray’s candid answers to the pageant’s questions, such as her support for the legalization of marijuana for medical purposes, resonated with some officials.

President Rodrigo Duterte’s spokesperson tried to put a spin to it, claiming the Philippine leader might have influenced her views.

“Other than the people’s, there can be no greater voice than the President. Her position is an adoption of the Palace’s stand,” Salvador Panelo said in a text message to the Inquirer.

“It is the President that influenced her position, or it may be the result of her own study after listening to various arguments, pro and con,” he said.

The President has been vocal about his support for the legalization of medical marijuana and even stirred a controversy when he admitted to smoking marijuana to stay awake during international summits, which he later played down as a joke.

House Deputy Majority Leader Ron Salo expressed hopes that Gray’s win would hasten the passage of a measure allowing the use of marijuana for medical purposes in the country.

“We thank her for her stand on medical marijuana,” said Salo, one of the authors of House Bill No. 6517. “We are certain her [answer] during the pageant will convince Congress to expedite [the] passage of [the bill] into law.” —With reports from Julie M. Aurelio, Marlon Ramos and Jaymee T. Gamil