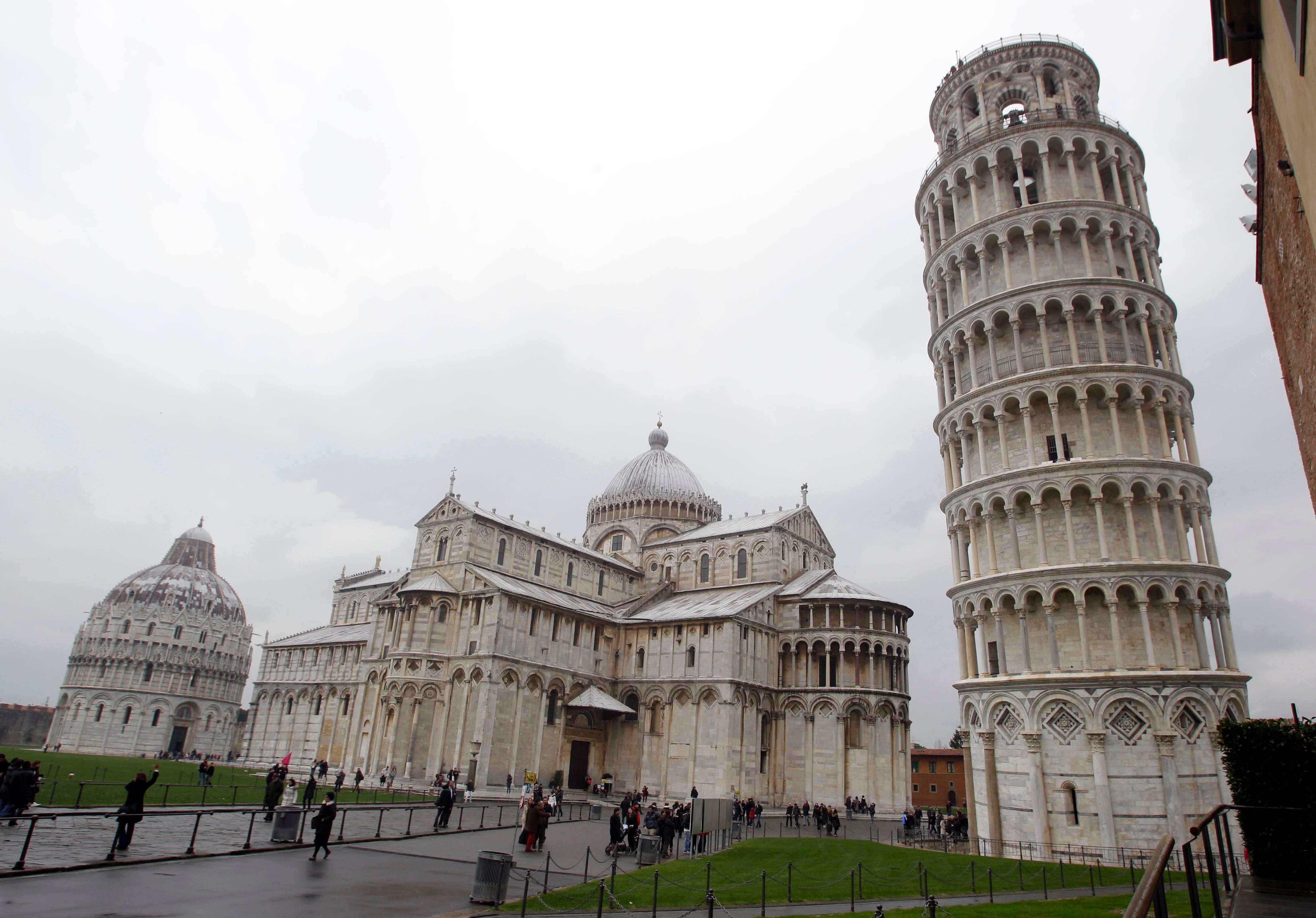 The Leaning Tower of Pisa (Torre di Pisa) is seen at right next to the medieval cathedral of Pisa, in Piazza dei Miracoli Square, in Pisa, Italy, Sunday, Jan. 2, 2012. On Thursday, Nov. 22, 2018, after more than two decades of efforts to straighten it, engineers say the famed Tuscan bell tower has recovered four centimeters (1.57 inches) and is in better structural health than predicted. Image: AP/Luca Bruno

This year however, Google has added the “trip to” term to its quantifier for search results, narrowing the list of most searched-for destinations down to the destinations travelers really want to go, as reported by Travel+Leisure.

According to Google data, European destinations seemed to be the favorite kind of location for most of this year’s holiday destinations. The list of the top-10 most searched-for destinations for this year is as follows:

Known for the leaning Tower of Pisa, the Colosseum, the cathedral in Florence, Venice and many more popular, historical tourist spots, Italy was the most searched-for destination this year.

From the Eiffel Tower, to the Sacre Coeur, to the Louvre Museum, the D’Orsay Museum, and the extensive network of catacombs, the rich and somewhat mysterious history of Paris has made it the number-two most searched-for travel destinations on this list.

Known mostly for the aurora borealis, this slightly unconventional destination has earned quite a number of searches. Though not as well-known, destinations like the Lake Myvatn and the Skaftafell nature reserve are still must-visit places.

Nothing beats sand and surf, with the Bahamas being one of the most iconic destinations, referenced by many fictional works such as movies and TV series, this destination has been searched-for enough to make it to number four on this list.

From the branded Guinness Storehouse, to the beautiful Cliffs of Moher, there are actually quite a number of tours available for those wanting to visit Ireland, which has seen it land number five on this list.

For those intense party seekers, Las Vegas is the number-one destination for alcohol and casinos, the oasis in the middle of the desert has been searched-for enough to see it rise to number six on this list.

Like the Bahamas, Bora Bora has been cited in many a work of fiction as an idyllic island getaway, making it to number seven on this list.

One of the most, if not the most iconic cities in the world has made it into everything from movies, to video games, to comics, with many places to get lost in the crowd that comprises its colorful array of city-dwellers. The “city that never sleeps” has also made it to number eight on this list of destinations.

You can take swamp and bayou rides with a nice cold beer, while exploring the historic plantations of New Orleans, which has seen the destination nab the number-nine spot on this list.

From where they filmed Star Wars at the Plaza de Espana, to the red-walled Alhambra, there are endless amounts of things to do, and many things to learn in Spain, seeing it gain the 10th most-googled travel destination.

Previously, Google only used destination names to determine their data of most searched-for destinations, which can allow for a percentage of error when it comes to travel destinations. However, this refined list has been qualified with only countries and cities searched for with tourism as the number-one priority.

Coming in second on the most searched-for destinations after Europe, was the US, followed by picturesque and idyllic island destinations.