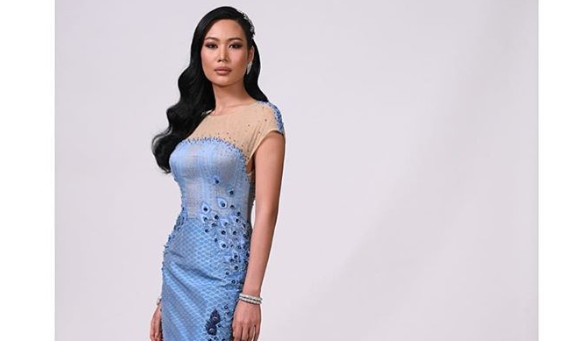 BANGKOK — A Thai YouTube personality is facing defamation charges after making comments about dresses worn by Thailand’s Miss Universe candidate, one of which was designed by a daughter of the country’s king.

The monarchy is considered sacred in Thai society and few dare to criticize the institution for fear of running afoul of strict royal insult laws, which are supposed to only cover the king, queen, heir-apparent and regent.

The fashion fracas started on Monday after Wanchaleom Jamneanphol, a YouTube personality who goes by the nickname “Mixy Bigmouth”, made unflattering Facebook comments about a blue dress worn by the Thai Miss Universe contestant and designed by Princess Sirivannavari Nariratana.

“I think internet idols are like an actor or actress with many followers… so if they commit wrongdoing online it should not end up with just apologies,” Kitjanut said Wednesday.

Under local law, any Thai citizen is permitted to file defamation charges on behalf of another person, and convictions can carry prison sentences of up to two years.

A Thai police spokesman confirmed that the the woman was under investigation but she has yet to be formally charged.

Wanchaleom — who did not immediately respond to a request for comment — removed her original viral post and apologized for her comments on Monday night.

“To Princess Sirivannavari Nariratana, I had no intention to insult the monarchy,” she wrote. “I feel remorse and regret for this incident.”

She also promised to exercise “wisdom and prudence” for future social media postings.