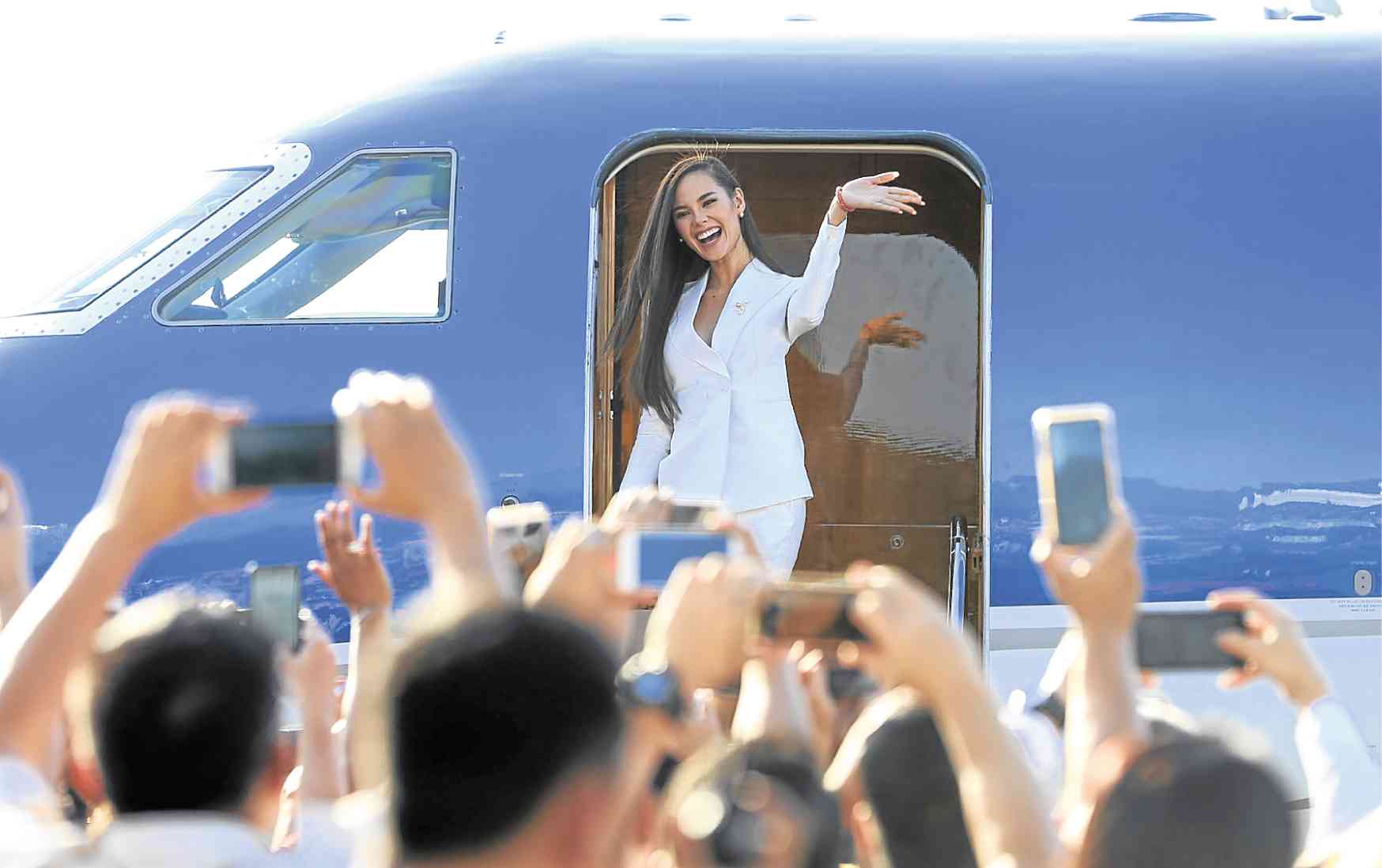 Everybody loves a winner, more so if it’s newly crowned Miss Universe Catriona Gray who on Monday morning cleared traffic off the streets of Metro Manila as pageant-obsessed Filipinos stayed glued to their TV set.

But while Gray proudly bannered Philippine culture in her parol-inspired national costume and Adarna-themed evening gown, Australia has been claiming the biracial beauty as its own.

On the front page of The Courier Mail newspaper, a picture of Gray captioned “Miss Universe Philippines” appears. But the paper crossed out “Philippines” and replaced it with “Queensland” instead.

Gray, or Catriona Elisa Magnayon Gray, was born on Jan. 6, 1994, in Cairns, Queensland, in Australia.

Her father, Ian Gray, is a Scotland-born Australian, while her mother, Normita Ragas Magnayon, is from Oas, Albay, in the Philippines.

Gray spent most of her childhood in Australia but she moved to the Philippines when she was 18 to pursue a career in modeling.

With her British name, Caucasian looks and Aussie accent, it’s easy to assume that Gray is white, with some people asking if she should have represented Australia, instead of the Philippines, in the Miss Universe pageant in Bangkok, Thailand.

Facebook page PGAG also shared a screenshot of the news and captioned it, “Some Australians want a piece of the Ms Universe win, too? What do you think? To be fair, Catriona Gray grew up in Australia.”

The question has divided the internet, with Filipino supporters being vocal about Gray’s Filipino roots.

From her evening gown and national costume to her signature “lava walk,” everything is Filipino, some netizens argued.

Some Australians chose to express their support for Gray instead of joining the dispute over her racial stock.

But the 24-year-old model and child advocate may have settled the issue herself.

In one of her media interviews, Gray said: “Philippines, what an amazing honor it has been to carry your name across my chest and to embody you in all aspects. I may now carry the sash of Miss Universe, but I’ll forever be your Miss Philippines.”