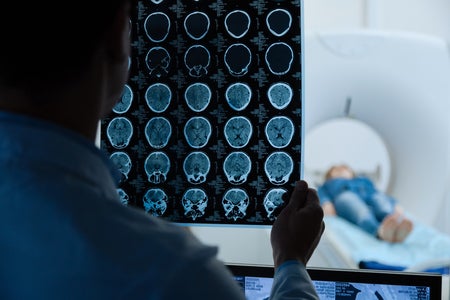 Doctors were left confused and amazed after a young girl’s brain tumor unexpectedly disappeared despite her being diagnosed months prior.

Eleven-year-old Roxli Doss of Texas, United States was diagnosed with diffuse intrinsic pontine glioma (DIPG), an inoperable brain tumor, last June. Her family, then, took to Go Fund Me to set up a page in honor of her. Doss had to undergo weeks of radiation treatment despite there being no certainty of a cure for the tumor, as per KVUE last Dec. 16, pushing her parents Gena and Scott to rely on the power of prayers and miracles.

Dr. Harrod was in disbelief therefore when she later on saw Doss’ MRI scan: “The tumor is undetectable on the MRI scan, which is really unusual.”

She and other doctors from Texas Children’s Hospital, Johns Hopkins Hospital and Dana-Farber Cancer Institute, among others, all agreed Doss’ had DIPG. But now, they cannot explain how her tumor disappeared.

Gena and Scott, however, believe they know the answer and attribute the good development to divine grace.

“Everyday we still say it,” Gena said in the report. “It’s kind of our family thing that God healed Roxli.”

Doss will still be continuing her treatments as precaution, while doctors watch her closely. Cody Cepeda/JB