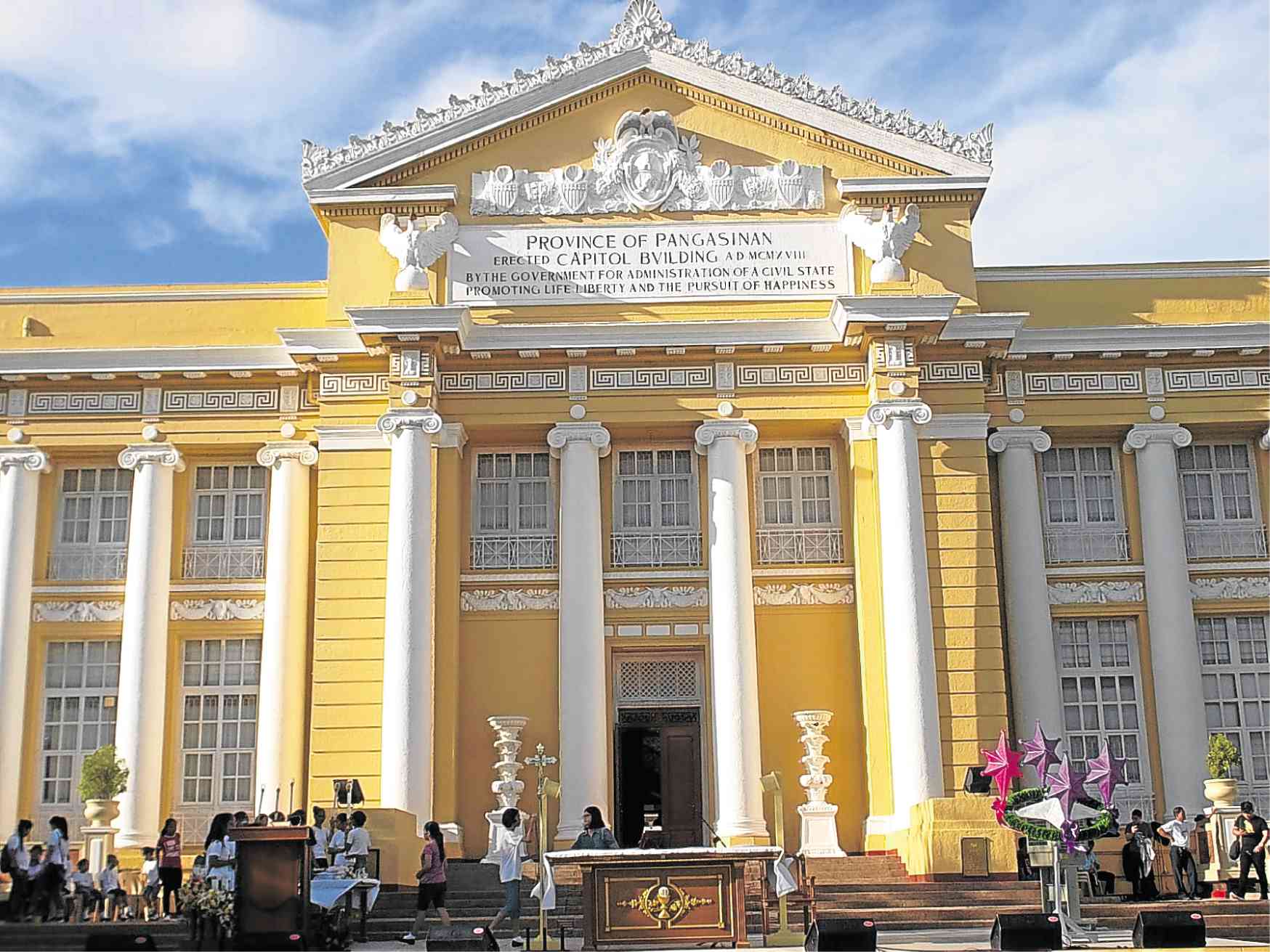 The stately Capitol building of Pangasinan, one of the architectural glories of the province, surrounded by a slew of heritage structures along Lingayen Gulf, is 100 years old. And the provincial government, led by Gov. Amado Espino III, pulled out all stops to celebrate the event with an extravagance of lights and sound, visuals, and songs and dances by fired-up youth.

Theme of the celebrations was “Greater Heritage, Greater Pangasinan.”

Designed by the American architect Daniel Burnham in a neoclassical style, construction started on the building in 1917 and was completed in 1918 (the year World War I ended); The budget was P300,000.

It was dedicated, going by the American lifestyle, “to life, liberty and the pursuit of happiness.” Inside are big rooms, high ceilings, large windows and wide corridors.

The Capitol was severely damaged during World War II, and underwent reconstruction and restoration through the years and decades. But an online history of the Capitol states that a general facelift in 2007-2008 “led to the unfortunate alteration of the historical character of the interior.”

These days, visitors to the province and tourists are encouraged to go to the rooftop of the building, where there is a sweeping view of the Capitol Complex and its attractions, the wide stretch of beach and its resorts, and the West Philippine Sea.

During the recent centenary celebrations, giant circles of revolving lights gave the façade of the Capitol a glow. The faces of prominent Pangasinenses, like National Artists F. Sionil José and Ryan Cayabyab, were flashed on the screen. The emcee hammered on the theme of pride of place, pride in Pangasinan’s heritage and culture. But equal emphasis was given to the entertainment value of the show.

There were solo and group performers singing Filipino music, and the dancing was a delight, from folk to rap and hip-hop. Old fogies were reminded of Bill Haley and the Comets when the ’50s pre-Elvis “Rock Around the Clock” was performed. There was even the twist! At the end all the young performers sang “and we will come home again,” chanting it like a mantra.

Yes, the Pangasinenses have a right to be proud of their pro-vincial Capitol, for the National Commission for Culture & the Arts (NCCA)has declared it to be “one of the eight architectural treasures of the Philippines.” –CONTRIBUTED