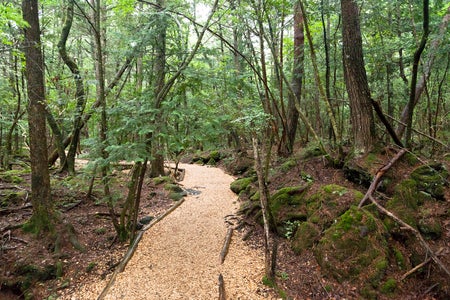 One Japanese man who lives on the edge of the Aokigahara in Mt. Fuji has spent the last eight years reaching out to those who come to the “suicide forest” to end their lives — through music.

Sixty-year-old Kyochi Watanabe, a musician, believes music can lift one’s anguish and despair. When in his hut, he blasts John Lennon’s “Imagine”, rock, and hip-hop music from his speakers as an attempt to break the silence in the forest, as per Japan Times on Dec. 25.

Apart from his speakers, Watanabe also plays the guitar and sings his favorite songs, citing instances when he would see people turn around and leave the forest upon hearing his music.

For Watanabe, it is also his duty to protect the Aokigahara forest because he grew up on its soil.

“I was born here, I have to protect this place. I’m a gatekeeper,” he explained. “I feel it’s like my duty.”

He found himself infuriated when the forest was thrust into the spotlight last January after YouTube star Logan Paul took a video of a suicide victim’s body while inside Aokigahara. He said in the report that the forest first became notorious due to mass media decades ago. Today, the same thing is happening again, but with social media.

“Now that it’s recognized globally, people are coming from all over the world… to see something unusual,” Watanabe said. “Some foreign visitors have even asked me where they can see dead men.”

Japan has one of the highest suicide rates in the world. A Cabinet-approved report, cited by Japan Times last May 2017, showed that although suicides declined in the country in 2016, it still remains as the main cause of death among the Japanese belonging in five age groups.