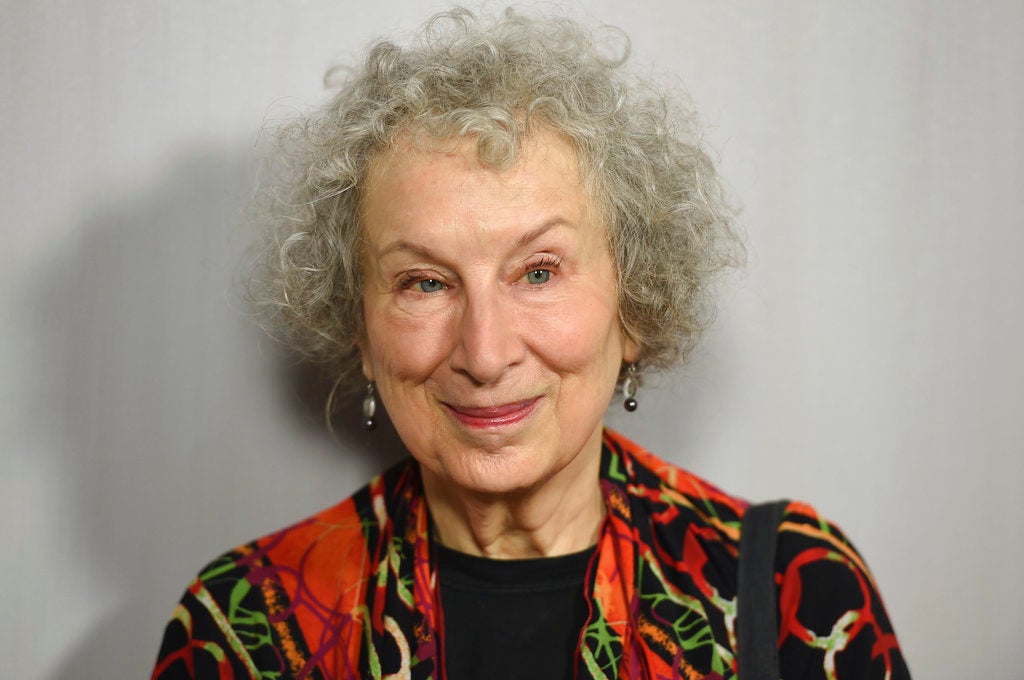 In this Oct. 14, 2018 file photo, Margaret Atwood arrives at the 16th Annual Hammer Museum Gala in the Garden in Los Angeles. Atwood is writing a sequel to her million-selling “The Handmaid’s Tale.” Image: AP “The Testaments” will be published next September by Nan A. Talese/Doubleday, the publisher announced Wednesday, Nov. 28, 2018. (Photo by Jordan Strauss/Invision/AP, File)

A sequel to “The Handmaid’s Tale” more than 30 years later, a biography of the late celebrity food writer and host Anthony Bourdain, the next installment in the Millennium series — these are just a few of the highly anticipated books hitting shelves in 2019. Read on for more.

Margaret Atwood, “The Testaments” (Sept. 10)
Atwood is writing a sequel to “The Handmaid’s Tale” that will be set 15 years after narrator Offred’s final scene at the end of the first book. The dystopian 1985 novel, whose TV adaptation is soon to enter a third season, is set in a near-future totalitarian state in which childbearing women are held in servitude.

Elton John, “Crazy Life” (Expected 2019)
It was announced back in 2016 that Elton John planned to release a “no-holds-barred” biography in 2019. The musician was working with music writer and critic Alexis Petridis on the project, in which he will write about his “roller coaster ride” of a life.

Laurie Woolever (editor), “Bourdain: An Oral Biography” (Fall)
Chef, writer and globe-trotting TV host Anthony Bourdain left behind many writings of his own when he died this year, but this authorized biography will tell his story in a different way: through stories and anecdotes from “the people who knew him best,” according to his longtime collaborator Woolever.

Colson Whitehead, “The Nickel Boys” (July 16)
Whitehead is following up Pulitzer Prize-winning “The Underground Railroad” with this Jim Crow-era novel set in a “hellish” reform school in Florida, where one inmate aims to live by the words of Dr. Martin Luther King, Jr. while his friend turns to the same cruelty as their oppressors.

John le Carré, “Agent Running in the Field” (Oct. 17)
Set in London in 2018, Le Carré’s 25th novel follows a 26-year-old solitary figure who heads down a dangerous path in “a desperate attempt to resist the political turbulence swirling around him.”

Leïla Slimani, “Adèle” (Jan. 15)
Following the transcontinental success of Leïla Slimani’s novel “The Perfect Nanny”, also known as “Lullaby”, the French author’s debut novel, about a Parisian woman with a sex addiction, is set to be published in English for the first time.

Richard Thompson, “Beeswing: Britain, Folk Rock and the End of the 60s” (August)
British folk musician Richard Thompson, whom Rolling Stone has named one of the top 20 guitarists of all time, is writing a memoir of an era in which he played with artists such as Jimi Hendrix and Nick Drake, converted to Sufi mysticism and soaked in the musical experimentation happening in London.

Jenny Slate, YBA (Expected 2019)
The actress, comedian and author of “Marcel the Shell with Shoes On” is writing a book of “feminist fables and personal essays” that will explore subjects from “the haunted house of her childhood” to being “female in a misogynistic culture” explored through the eyes of other “preyed-upon creatures.” JB